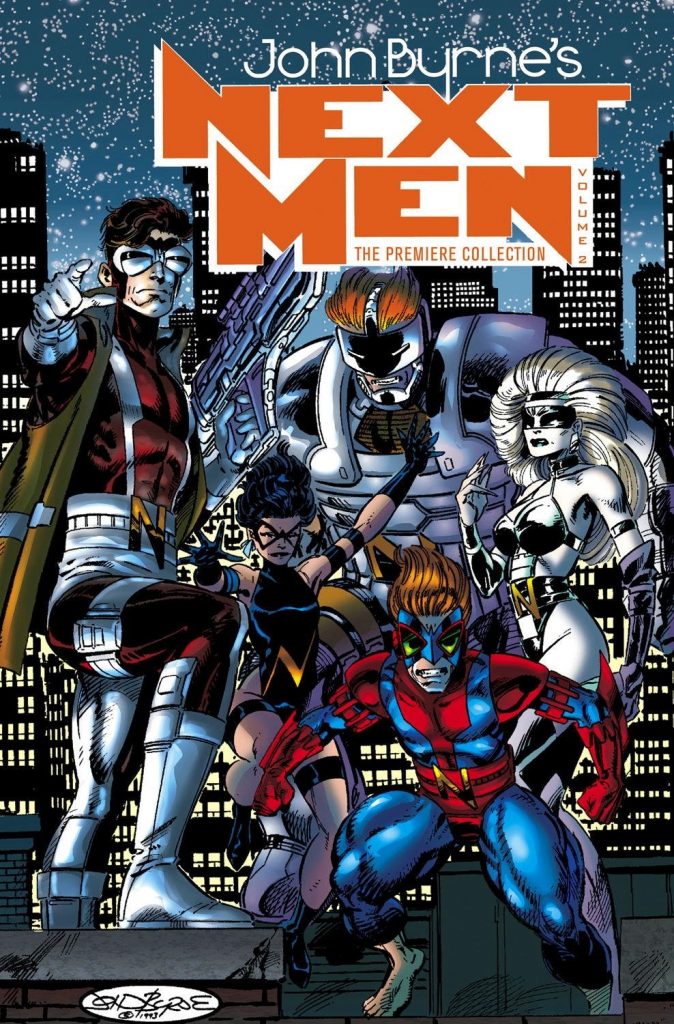 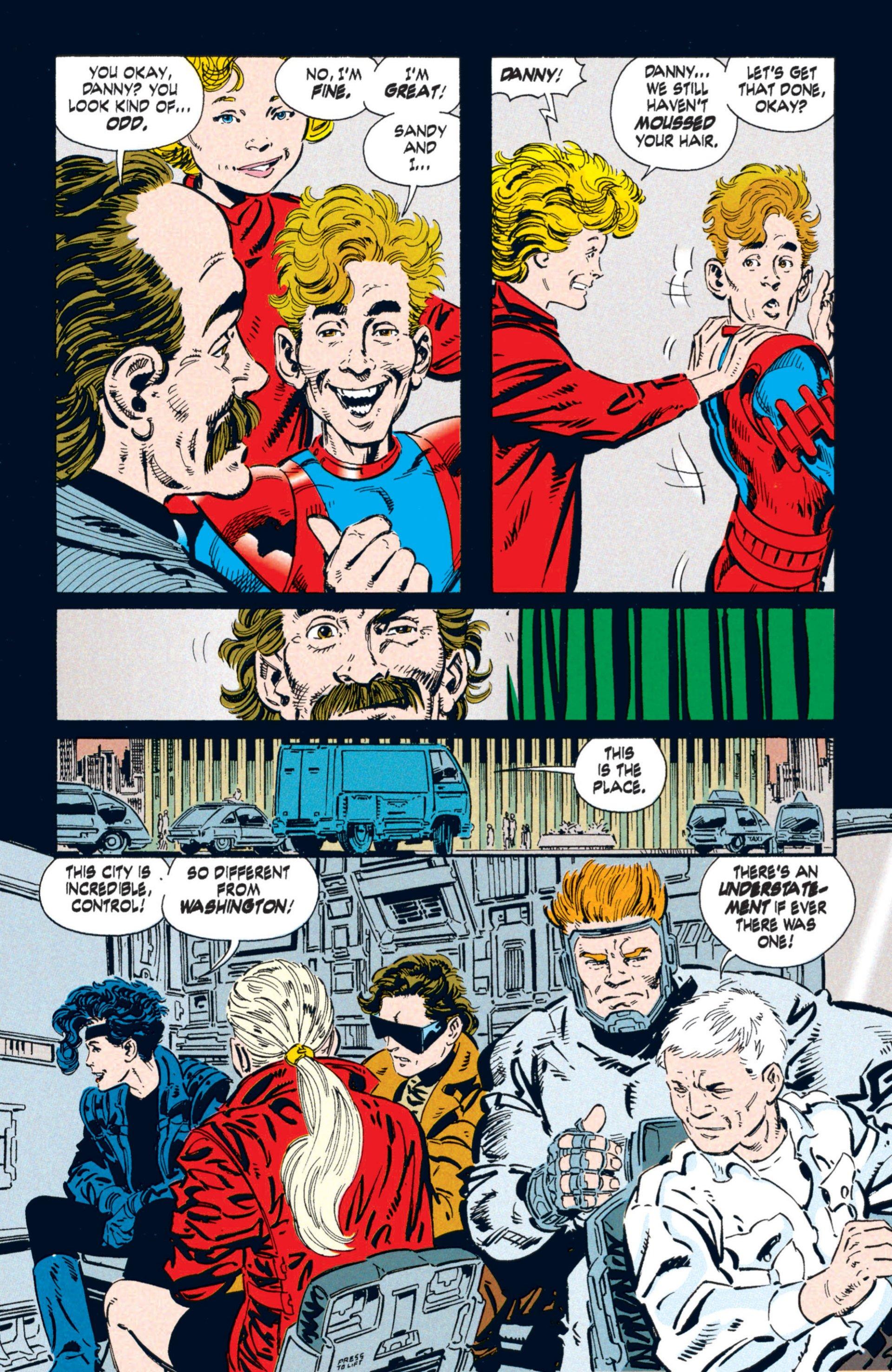 This second hardback collection picks up the Next Men mid-adventure in Russia, and leaves them midway through the discovery of a religious mission in the New York subway tunnels.

It’s not apparent when they occur, but a couple of scenes within this collection are fundamental to the larger plot John Byrne has in mind for Next Men, which is a series set in the present of the 1990s, but stretching over a hundred years into the 22nd century. It’s only with the content of volume three that the scope becomes clear, but in the meantime there are enough surprises, bombshells even, and dramatic action to occupy the mind. The Next Men are almost the only super powered beings on an otherwise normal world, so beyond dealing with their Russian counterparts there isn’t much in the way of conventional superheroic action to involve them in. Instead Byrne explores the real world ramifications of children abducted to a secret project as infants and kept comatose while their minds occupy a generated virtual environment. It’s not an easy transition, but as little unites the Next Men beyond their shared experience, their reactions are very different, and Byrne conveys this well.

Because both the beginning and the ending sequences have been split by editorial formatting, the ‘Fame’ sequence in the middle of the book is the only complete segment, as Danny’s curiosity leads to the Next Men being revealed to the wider world. He’s the youngest of the group, and the keenest for them to be seen as superheroes, costumes and all, so when in New York he introduces himself to a comic publisher. Byrne plays with this, satirising his own friends, and the type of work he’d previously produced, but there’s also the serious counterpart of even accidental actions having consequences. By now it’s clear that Next Men is an ensemble series involving more than just the teenagers. There’s a lesser role for now Vice-President Aldus Hilltop, the continuing villain, but assorted new characters are introduced, most having a role to play in the future, most prominently production staffer Sandy at Dollar Comics. Byrne builds all his characters well, the visuals playing a large part.

The back-up strip ‘M4’ becomes as compelling as the lead feature in its four to eight page segments. It seems almost unconnected with Next Men, which is not the case, and this story of an android with memory loss moves into some very strange places. It suffers from recapitis in places, and is an exercise in the resolution of one shock ending leading to the next, rather like traditional British weekly comics, but is as surprising and interesting as the main feature.

One warning, while the production quality is fine on the individual volumes, for reasons best known to IDW, they began the series of reprints at one size, then increased the size of the second and third volumes by over an inch. Why aren’t they a standard format? That was the case when this material appeared spread over the second and third volumes of Classic Next Men, and when published in black and white as Compleat Next Men. If preferred, the original graphic novels including these stories are Parallel, Fame and Faith.