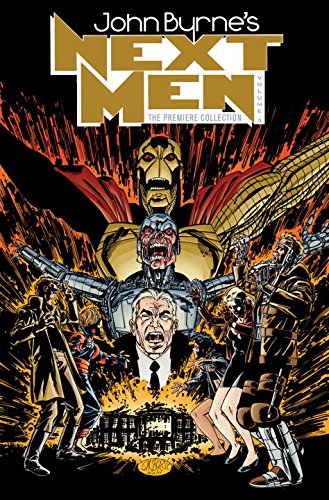 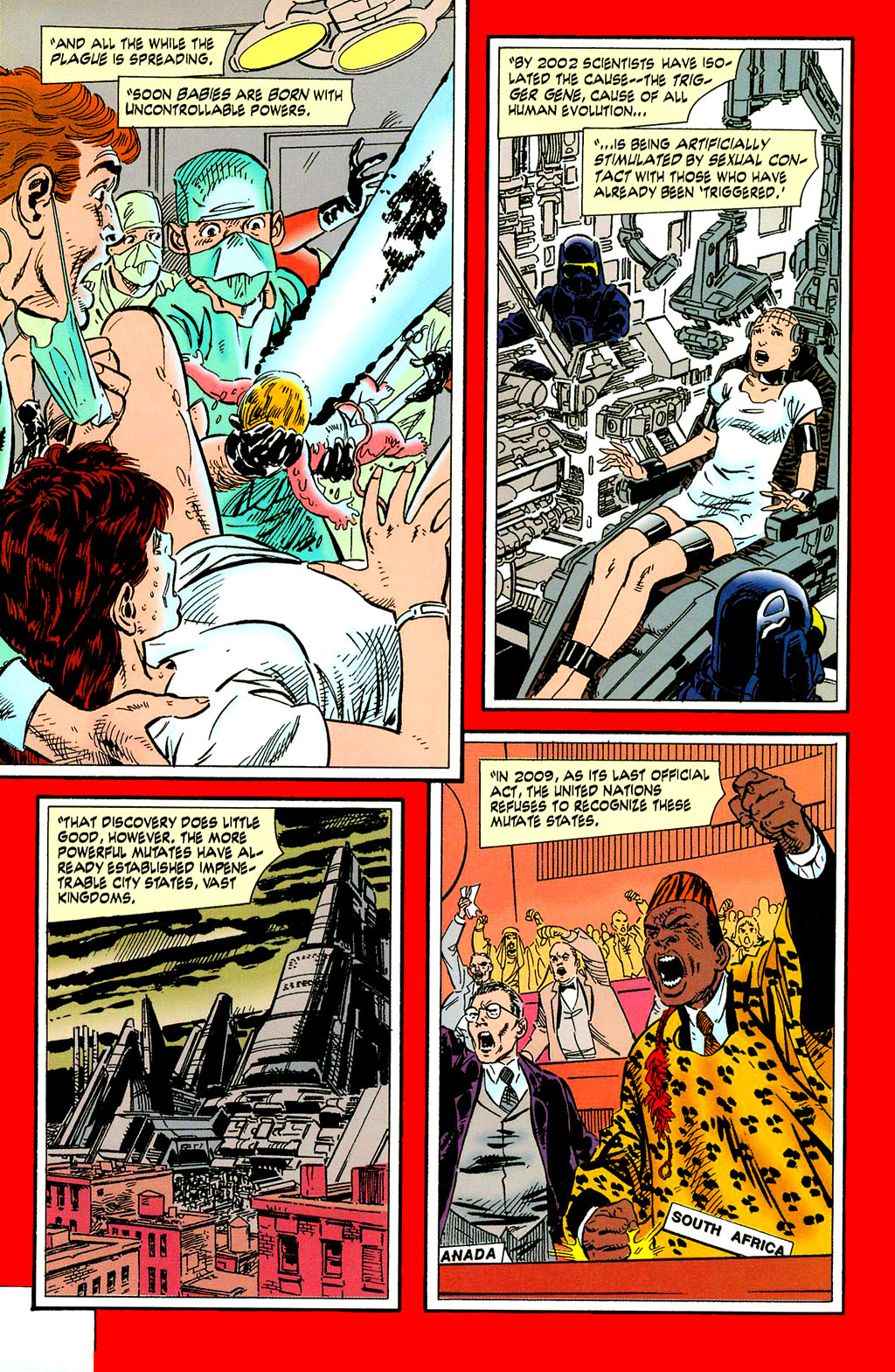 As with the two previous volumes of the oversized and hardbound Next Men Premiere Collection, the production is first rate, but the content is otherwise no frills, no extras, no bonus material. With two alternative formats available, colour paperback or black and white paperback, how much you value Next Men as a series determines the amount to be spent on collected editions.

This content picks up halfway through the ‘Faith’ story, and continues with what was originally collected as Power and Lies. It’s all very good, John Byrne’s superlative art showing how much he’s enjoying what he’s doing, and the plot consistently avoiding predictability. From early on two of the main cast to date are very little seen, while the plots of the three story arcs change the mood considerably each time there’s a switch. What becomes the ongoing problem is that the Next Men are now no longer the only people with super powers. Somehow what were only villains from comics are manifesting in the real world, Byrne enjoying the creation of deliberately daft minor players, and the Next Men are called in to deal with the consequences. The strongest section is ‘Lies’, a consistent page turner with so many plots up in the air it seems there’s no way Byrne can complete them by the end of the book, especially as he begins by seemingly pulling the carpet out from under the ongoing situation.

Crucial to events is the back-up strip ‘M4’, which at first appears to have little connection, but the way it fuses with the Next Men’s continuity and the finale here is an ingenious piece of plotting, very neat in explaining seeming contradictions in what we’re being told. That ties into the finale in which a battle for the White House is a real thriller. While certainly a suitable Season One finishing point, not everything is resolved, and for the original readers a conclusion sixteen years later must have been a real surprise for a series long written off as completely dead.

The publication size of this collection is consistent with volume two, but not volume one, so anyone choosing this format is going to have uneven looking books on their shelf.