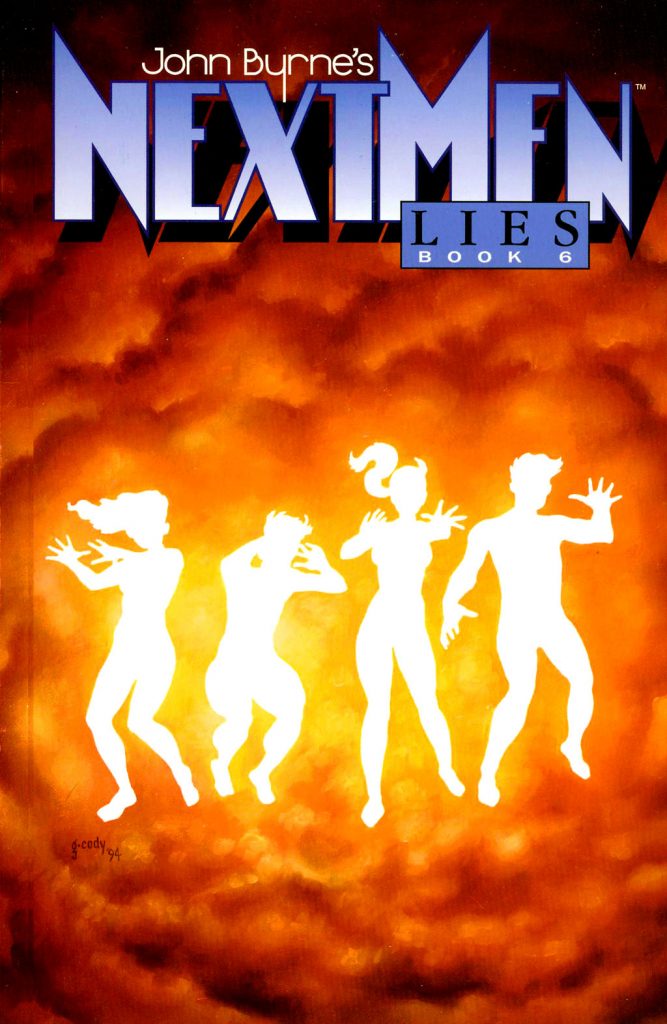 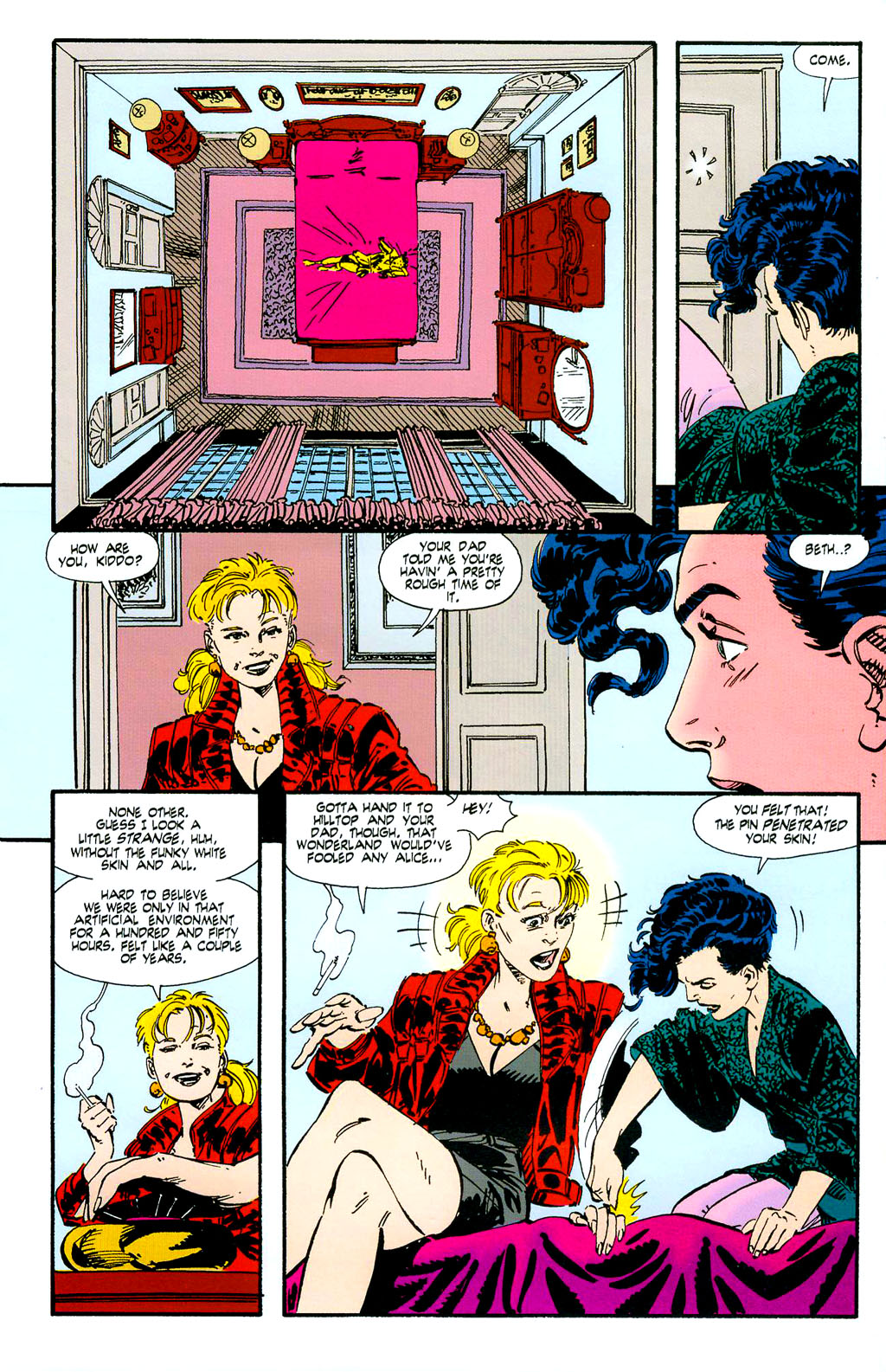 The first chapter of Lies is a storytelling masterclass, unless read by anyone picking this up as their first Next Men, in which case they’ll not have a clue as to what’s going on. John Byrne has introduced numerous plot threads involving a great number of characters. Some were missing from Power, but almost all are seen over that opening chapter, and it builds to a stunning ending. Keep that title in mind, though.

Before their release into reality as we know it, or as presented in Next Men, five genetically engineered teenagers were kept unconscious as their minds learned by osmosis, all the while thinking they were in an idyllic environment called the Greenery. Discovering what reality was like was a considerable shock. It’s a trick Byrne repeats for Lies, with Jasmin the focus this time. Readers are aware of a bigger picture without being entirely sure what that is. What we do see, however continues Byrne’s exploration of topics normally off limits to ostensibly superhero titles. It’s deliberately provocative and skin crawling, and Byrne presents it convincingly enough to prompt a rebellion against the rational part of the brain and introduce doubt. Again, a storytelling masterclass.

And you know what, Lies gets better. And better. There’s a good explanation for everything, and by the time it hits the final chapter there’s no way Byrne’s going to be able to wrap up everything he’s set in motion, yet he near enough manages it. So what happens next? Well, the final serialised issue of Lies was published in 1994. In what’s surely the longest hiatus seen in American comics, it took until 2010 before Byrne returned to the cast, the story continued in IDW’s Next Men Volume One. By that point IDW had already republished this content along with the previous two books in hardcover as the Premiere Collection volume three, subsequently the paperback Classic Next Men volume three, and in black and white as part of Compleat Next Men volume two. In any form Lies is a fantastic page turner, constantly deceptive and continually engrossing.