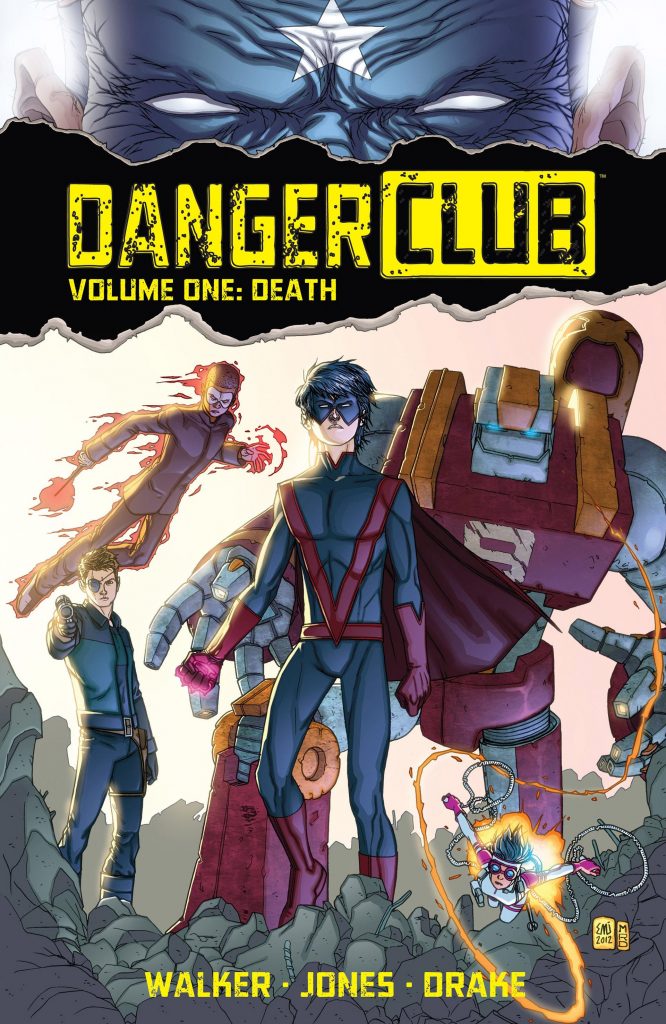 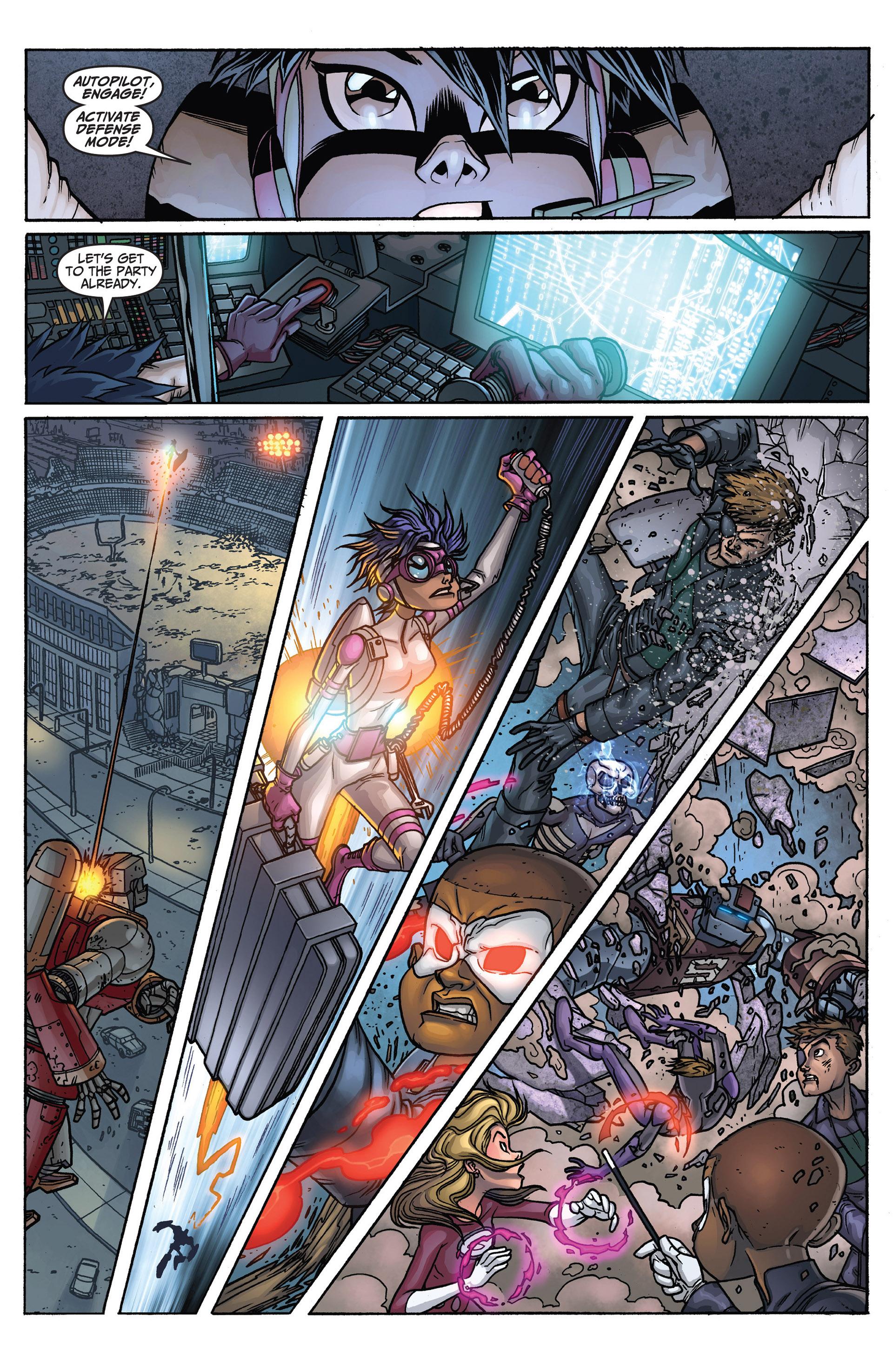 It’s all too rare that a new plot is genuinely applied to superheroes, but there’s a far greater originality than most to Danger Club. The background is an indescribable threat heading toward Earth. All adult superheroes took off into space as superheroes do, having first convinced many villains along for the ride. None of them came back. Three months later only the teenage sidekicks remain to maintain order, and plenty of them have taken advantage of the situation. Not Kid Vigilante, though. As he goes about his business, we learn about his allies chapter by chapter, that what we’ve been told at the start perhaps isn’t the way things really played out, and that someone has an agenda.

Landry Q. Walker paints a really big picture. It’s creative, it’s consistently surprising and it’s an incredibly fertile burst of ideas, all of which have a basis in the superhero comics we’ve read for years. Some elements have more obvious touchstones than others. Matt Fraction writes a glowing introduction in which he notes, among other titles, hints of the 1980s Teen Titans by Marv Wolfman and George Pérez, their work creating Nightwing from Robin seemingly an inspiration for Kid Vigilante having to mature. In the final chapter there’s a surprise also echoing something Wolfman and Pérez very successfully pulled off, and one of the characters has a metal arm like Winter Soldier. Never mentioned among the influences is the work of Rick Veitch in the late 1980s, an early adopter of the theme of undermining the sanctity of superheroes, and ideas from Brat Pack seem to feed their way into here.

This shouldn’t give the impression that Danger Club never transcends an effective homage. Walker and artist Eric Jones channel some ideas, but twist them around in a complex story that requires attention to detail, with the art sometimes being the focus. The creators present archetypes without always supplying the full background. It’s not necessary, and under other creative hands the four chapters of Death would spin out interminably as we learned more than we need to about everyone and their role, when we can pick up purpose from what is seen and said. Ideas are key as the massive widescreen spectacle of them, and Jones gives us the heavens delivering vengeance, giant robots, and the consequences of being a teenage hero (these very violent). Nice touches include beginning each chapter with a page presented as if from an old comic summarising what follows.

Other aspects are less clear. The final chapter is cemented together by captions of a character setting the slate clean during preparation for possible death, but even though Jones draws the battle prompting this, we have no real idea what’s going on. We can hazard a guess, but confirmation will have to wait for the conclusion in Rebirth. What we do know is there’s someone who seems to be able to alter reality, that this is an explicitly violent world for the teenage superheroes, and that Kid Vigilante has a plan. It’s enough. 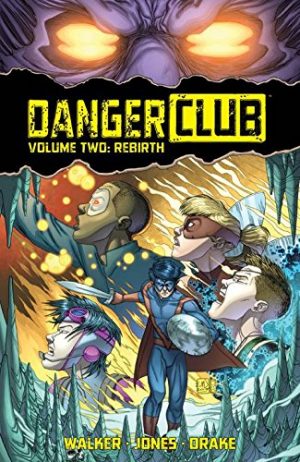