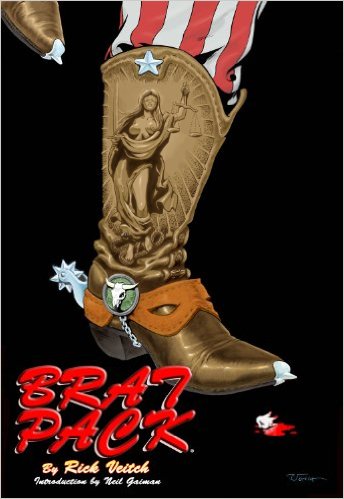 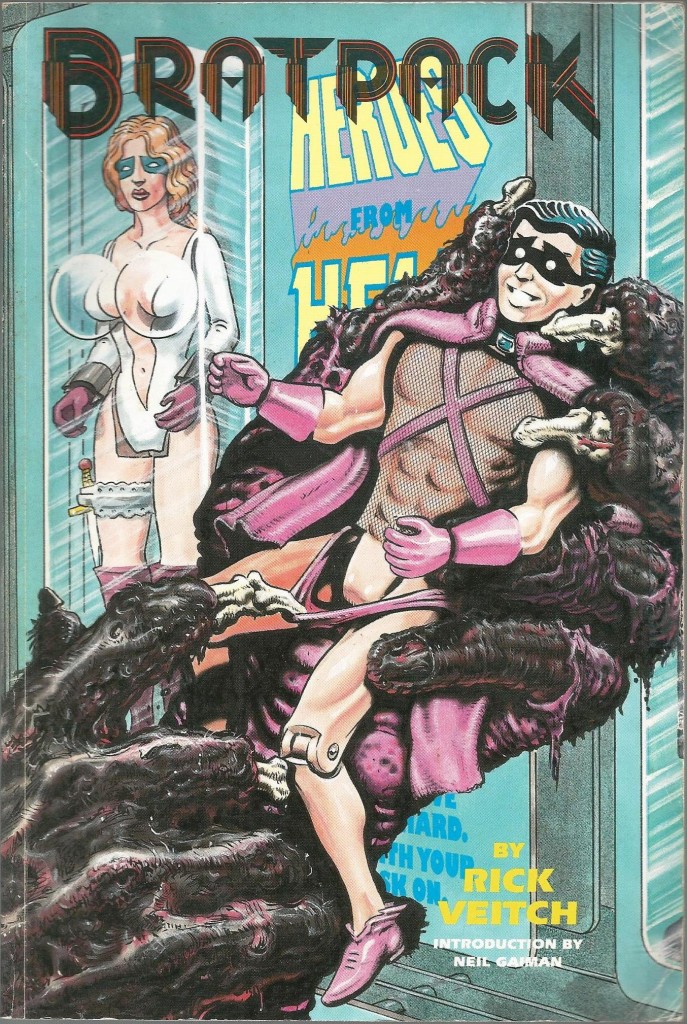 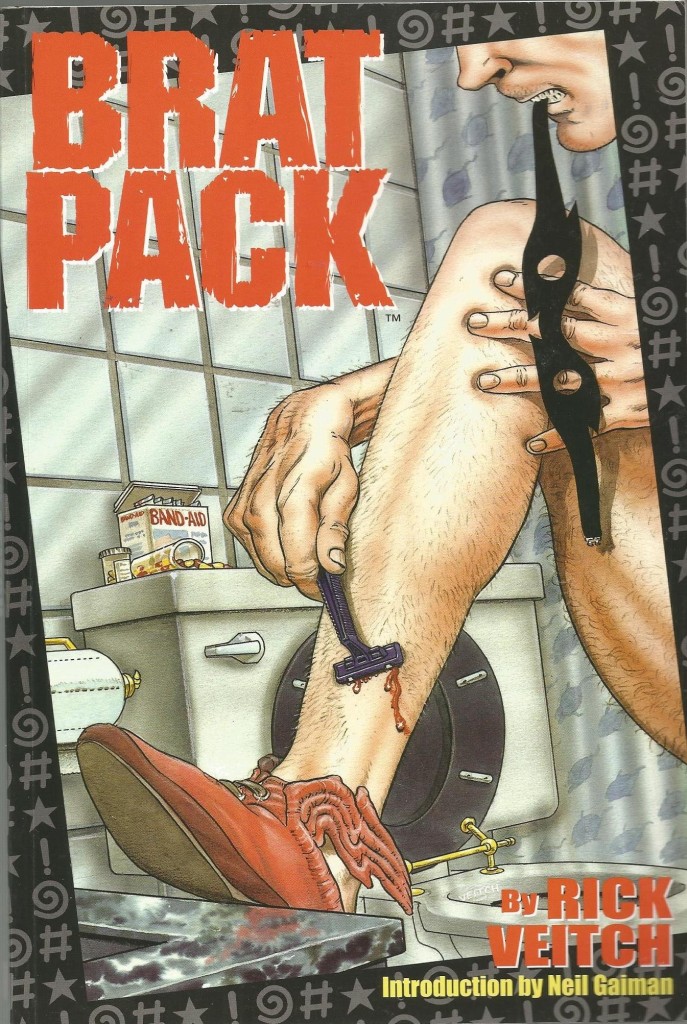 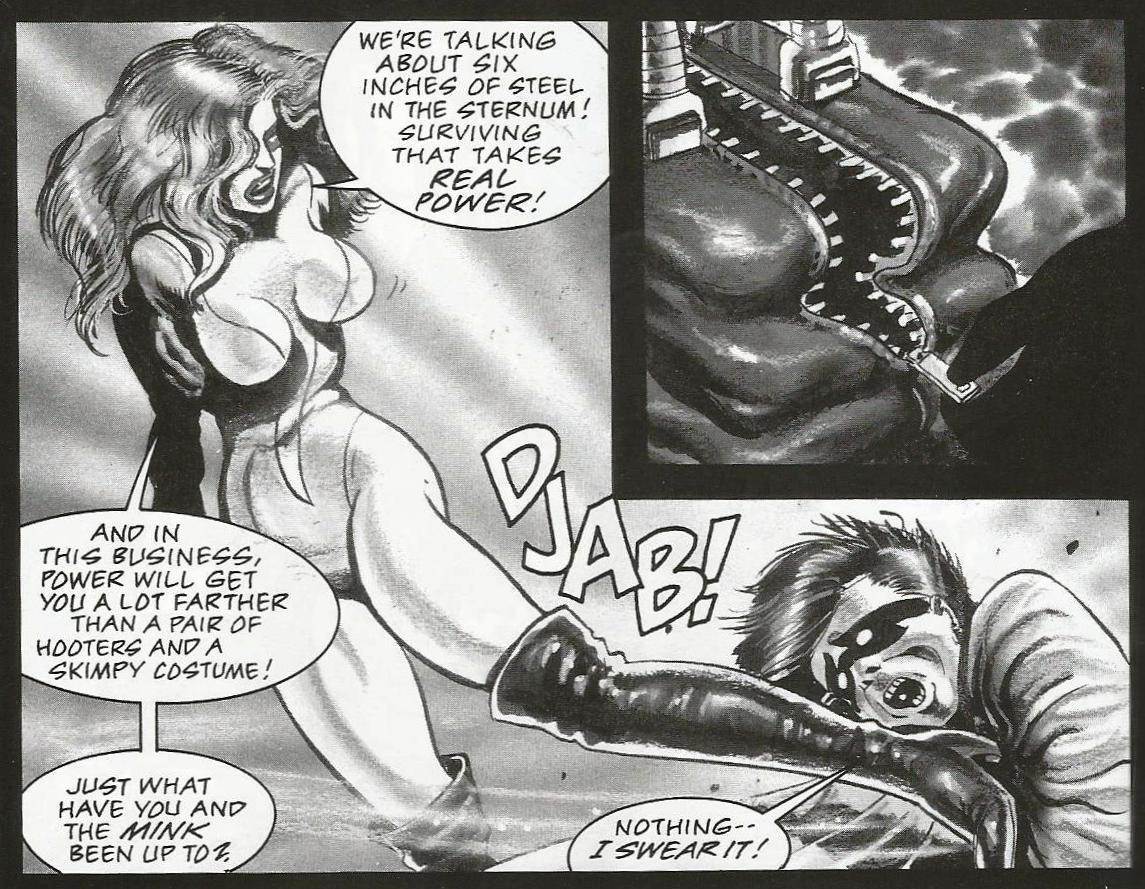 In the wake of the Maximortal’s disappearance, the city of Slumberg has fallen into the hands of a new breed of ‘protectors’; venal, psychotic, dissipated, they exacerbate the city’s troubles. Even though these brutal ‘heroes’ need no help, they each keep a young assistant in their stable, and when these sidekicks perish in the line of duty, make finding replacements for them their first priority. What’s the hidden agenda?

Rick Veitch, fresh from his ejection from Swamp Thing, both writes and illustrates this new twist on the old kid-sidekick cliché, presenting a brutal and repulsive, but horribly compelling, explanation of why grown men and women would run around the rooftops with spandex-clad teenagers. And yes, in at least one case, it’s exactly what you’re thinking, but there’s a great deal more to it than that.

The recruitment and gradual transformation of four teens into the lucrative properties of Luna, Chippy, Wild Boy and Kid Vicious is handled with dexterity. Veitch depicts the characters, even the rich and privileged ones, as only just skimming over the surface of a city about to suffocate in its own detritus, but it’s not over-dramatised, simply matter-of-fact. The sheer banality of the everyday horror enhances it.

This collected edition, first issued in 1992 and with a new covers in  2003, and 2009 (the latest being the most pedestrian) features not only a Neil Gaiman introduction, but also new material, better editing and proofreading, and a substantially rewritten ending that’s much more satisfying and coherent than the original miniseries.