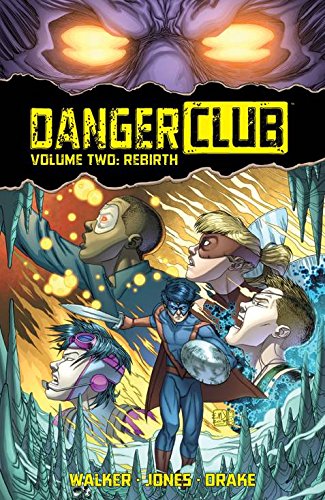 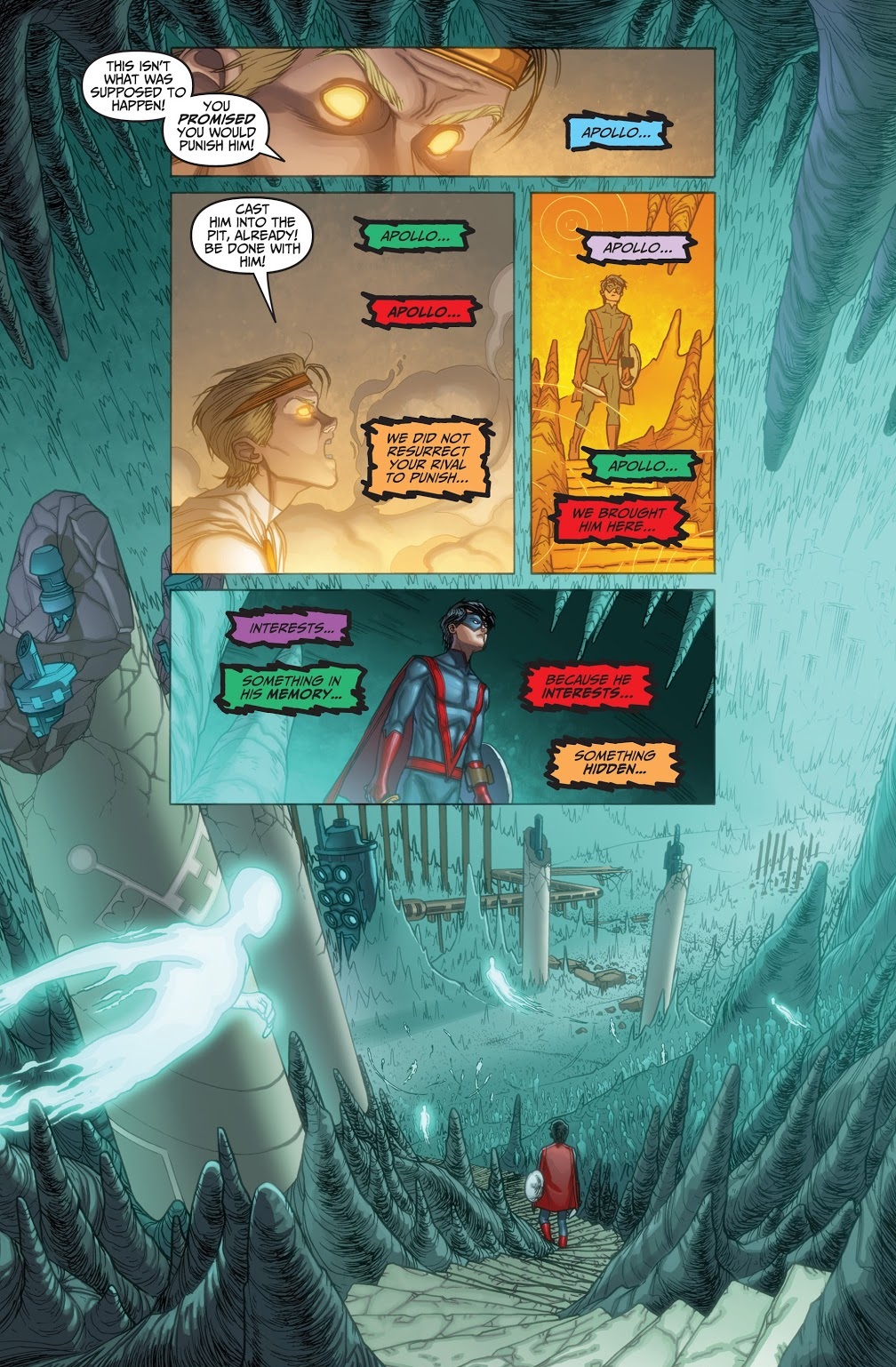 How cruel was the three year wait between Death and Rebirth? He kept announcing that he had a plan, but our most prominent hero, Kid Vigilante, seemed to have been definitively executed to close that opening volume, betrayed and leaving a world without hope. Well, that’s not exactly the case. Landry Q. Walker reveals early what’s been behind the events of the first volume. It’s been a theme of Danger Club that devices from past superhero comics have featured, and the trick to much of what’s happened is down to a device frequently seen in Marvel’s superhero stories, but never used in this way before. Danger Club isn’t just about reconfiguration, except in another sense that’s entirely what it’s about, making it Schroedinger’s first graphic novel.

Artist Eric Jones again excels. Death revealed that a long lived superhero, now US president, was a selfish manipulative figure, behind much of the current situation, and in the opening chapter he’s brilliantly illustrated as an aged figure, missing teeth and sitting in a wheelchair, the fluid sacks feeding him visible behind. It’s a great image, and far from the only one. We have Kid Vigilante descending into the ancient realm of the dead, the return of Chronos, and several alternate realities, yet Jones supplies almost as much from an illustration of a memory stick taking too long to download.

Half of Rebirth is a brilliantly paced story, constantly switching the spotlight at moments of great tension, and delivering on everything Death promised, but kept deliberately vague. There are further explanations amid the excitement, but once the revelations have been made and everything is in place Danger Club drops down to the far more traditional territory of the plucky few against an invincible foe. There is a stroke of genius at the end, however, a single monumentally crushing sentence. While the story might be more familiar at this point, it’s where colourist Rusty Drake really comes into his own, moving from the deliberately flat colour to a vivid rainbow miasma.

Taken in its entirety Danger Club is a wonderful twisting of what we know about superheroes, prioritising pace and ideas, and in the face of that, a single predictable chapter barely lets the side down.