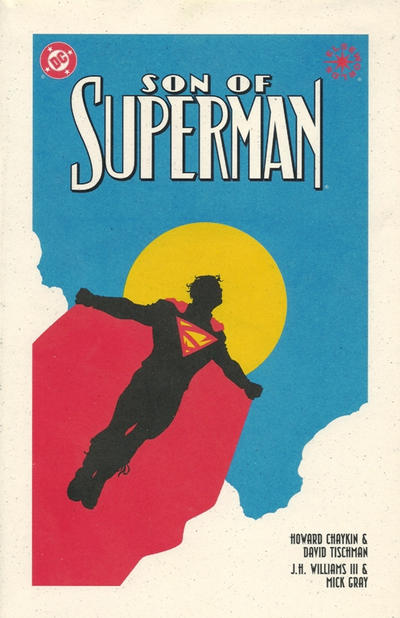 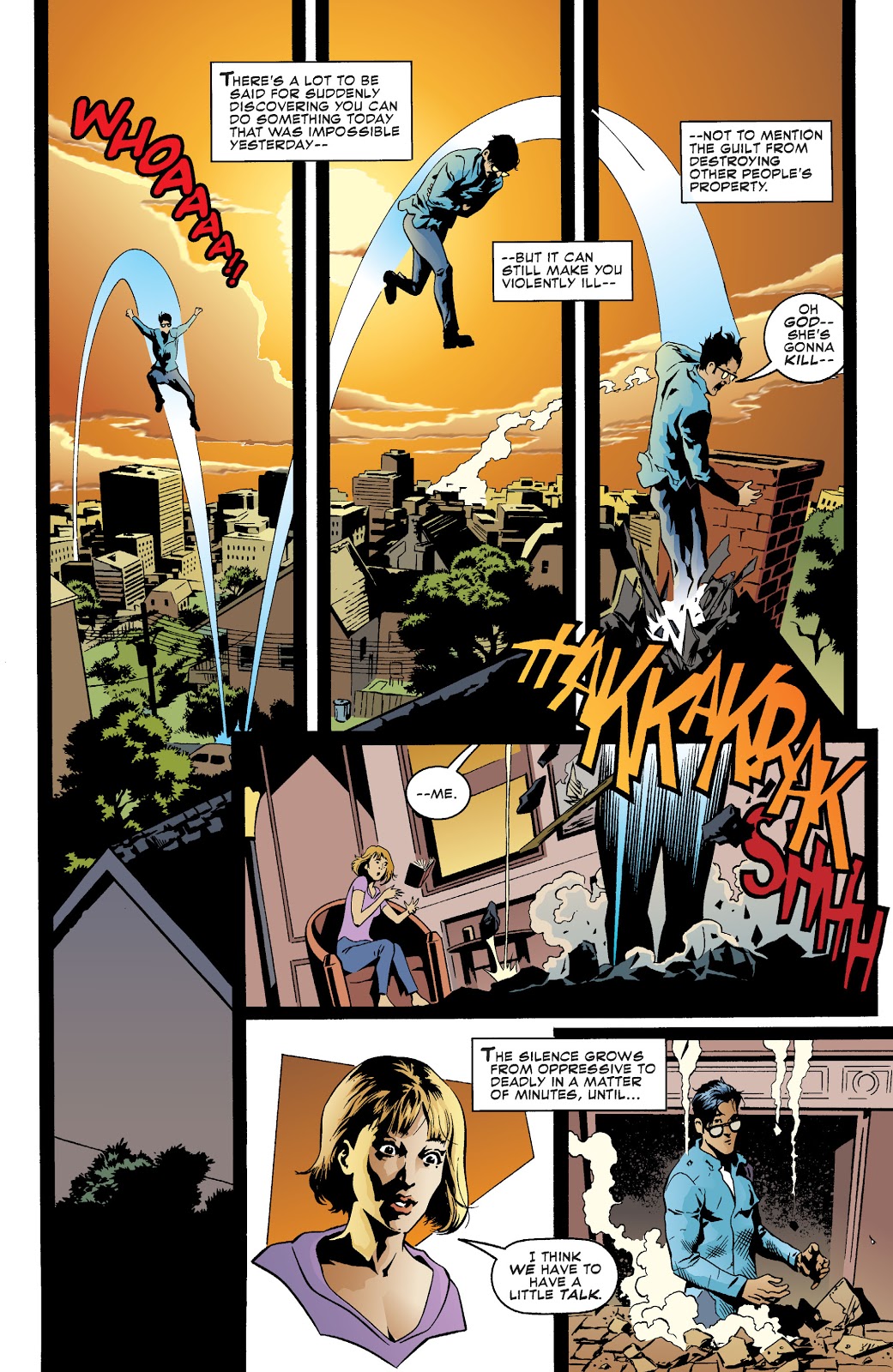 In 2000 DC considered Son of Superman represented such quality that they issued it as a hardcover graphic novel, and it begins with the interesting premise that Superman is long dead and it’s Lex Luthor that everyone looks up to. The Superman name survives as that of the Supermen anti-poverty organisation, who use terrorist methods to make their point, and there’s much speculation about what the effects on Earth will be of an expected solar flare.

Howard Chaykin and David Tischman are the writers, and employ one of Chaykin’s standard devices, the constant TV commentary both updating on events and seeding where the plot’s heading. Decades on from the original publication their central plot about federal economic strategies employed to widen the gap between rich and poor remains relevant, and the twists allowed by setting the story fifteen years in the future still surprise. The Justice League feature prominently, as do assorted other names associated with Superman.

When he drew Son of Superman J.H. Williams III was almost an unknown artistic quantity, and while hindsight reveals that he’s not the artist he would become, this remains bravura superhero artwork. Williams has always had a good head for design, applied to both characters and pages, and there’s always been a decorative quality to his art. It’s all present here. It’s no great secret to reveal that awkward student Jon Kent acquires super powers, and there’s a great joyful illustration early on of him in an approximation of a Superman costume, complete with lace-up red boots heading halfway up his shins.

Their methods may be wrong, but the Supermen have a point, and the leading lights are aware of much more. It’s almost expected that Luthor won’t be as clean as he seems, but the writers ensure almost everyone has feet of clay to some degree, and Jon Kent, the new Superman, is stuck in the middle attempting to make sense of it all and wondering who exactly he can trust. There is a generational schism, which is is too easily introduced and never very convincing, and the eventual battle between JLA colleagues isn’t as shocking now as it was in 1999, but those are minor quibbles. Think of them as an ill-advised middle eight in an otherwise great pop song. This still reads well, still looks good, and is still a lot of fun.

If preferred, it can now be found as part of Elseworlds: Superman Volume 2. Be warned: not everything included there is up to this standard.