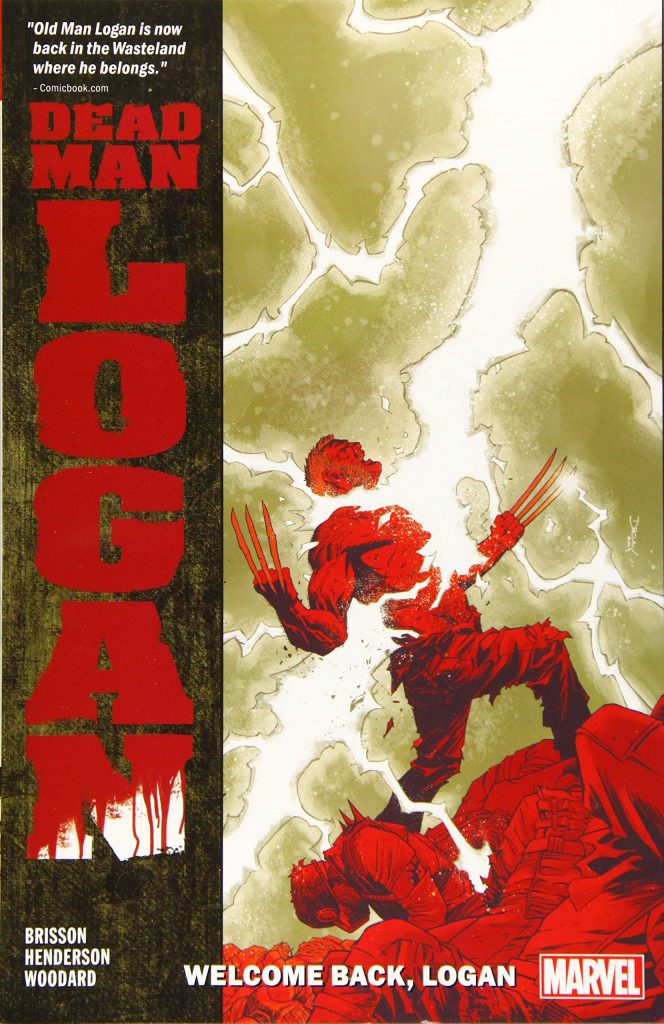 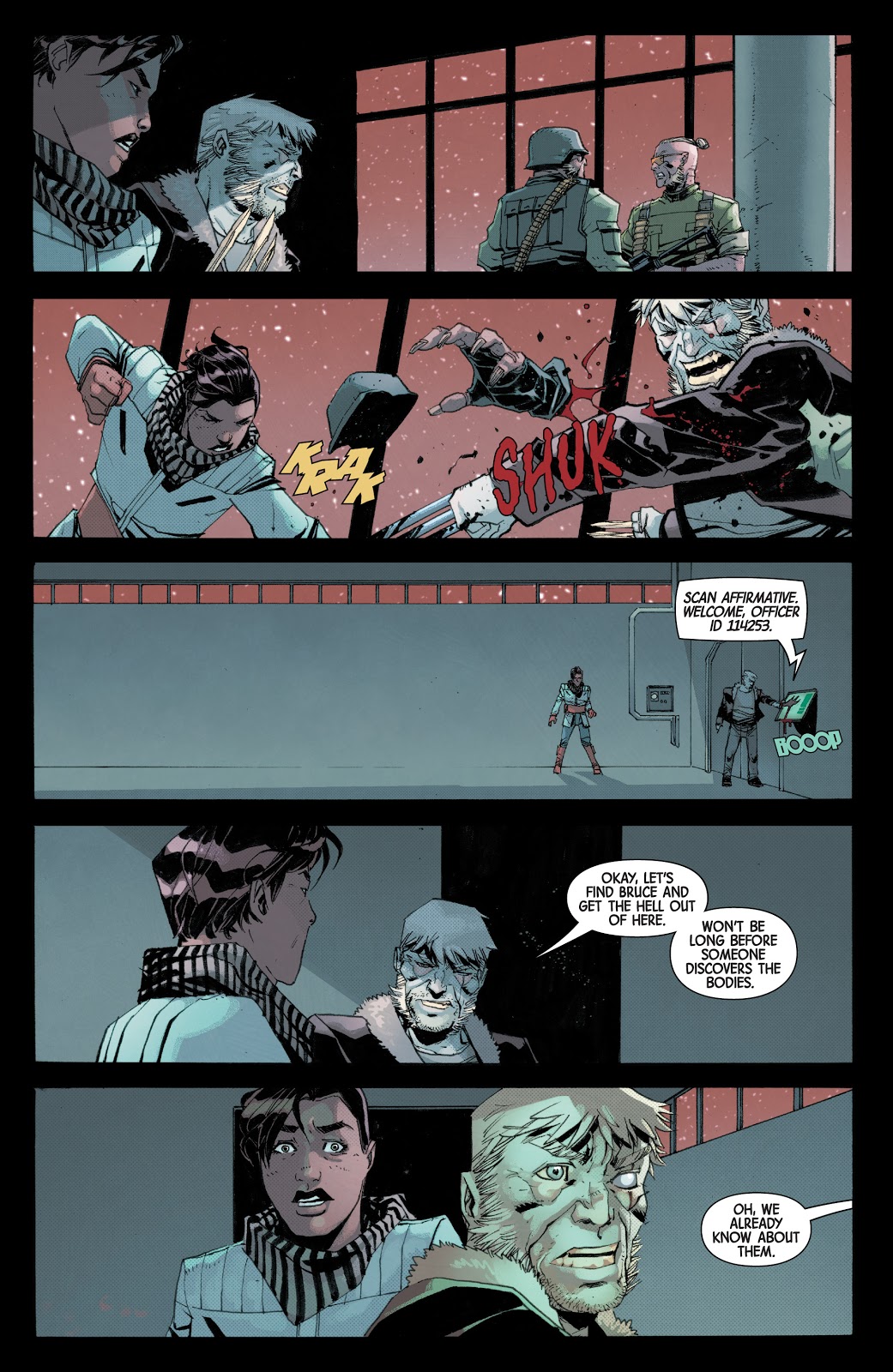 For a few years an older version of Logan/Wolverine was transported to the main Marvel universe from his own world. He’d lived a tragic life with many regrets, but for a short while again found friendship and respect. However, it became clear his healing abilities had cut out and that he was dying, so to end Sins of the Father he chose to take the opportunity to return to the wasteland of his original world.

Sins of the Father was eccentric, but a traditional superhero story. Welcome Back. Logan contains elements of that, but it’s largely post-apocalyptic horror from Ed Brisson and Mike Henderson, returning characters from the days before Logan transferred between worlds. He’s been gone seven years, and plenty of people have scores to settle from the old days, especially now he’s vulnerable. However, that’s not the only reason people are on his trail.

This isn’t a story for the faint-hearted. Throughout his career Wolverine’s dealt out plenty of appalling injuries, but he’s now on the receiving end, and Henderson doesn’t spare us much of the detail. Henderson’s designs for assorted locations sell them well, though, and as before his storytelling prioritises clarity over flash. It’s another solid performance.

As with all post-apocalyptic fiction featuring gangs, Mad Max is an influence, and Brisson doesn’t bother hiding it. The gang he uses is led by Sabretooth, and he has a couple of surprises in store regarding that, and all the while hangs a massive great bomb over the story. For those who know their Marvel history, his choice of bomb is an ironic reference to a crossover from back in the day.

There are crowd pleasing moments, especially with Mr Sinister, and an inevitable ending handled well, but while Welcome Back, Logan is fun, and true to Logan’s original world, it lacks the originality and twists seen in Sins of the Father. Both are combined as Dead Man Logan: The Complete Collection.