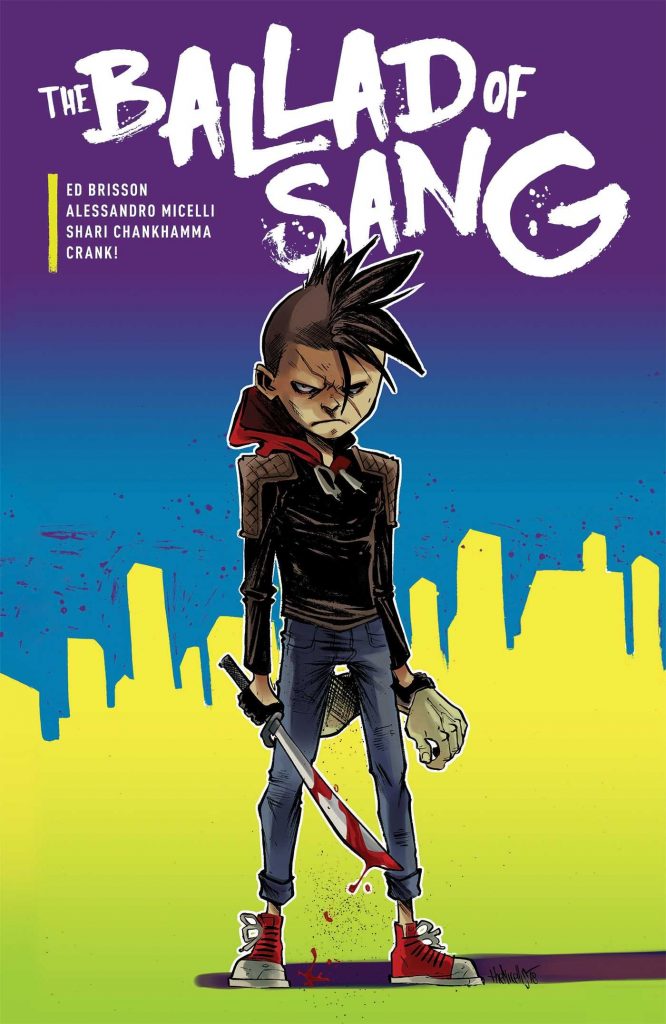 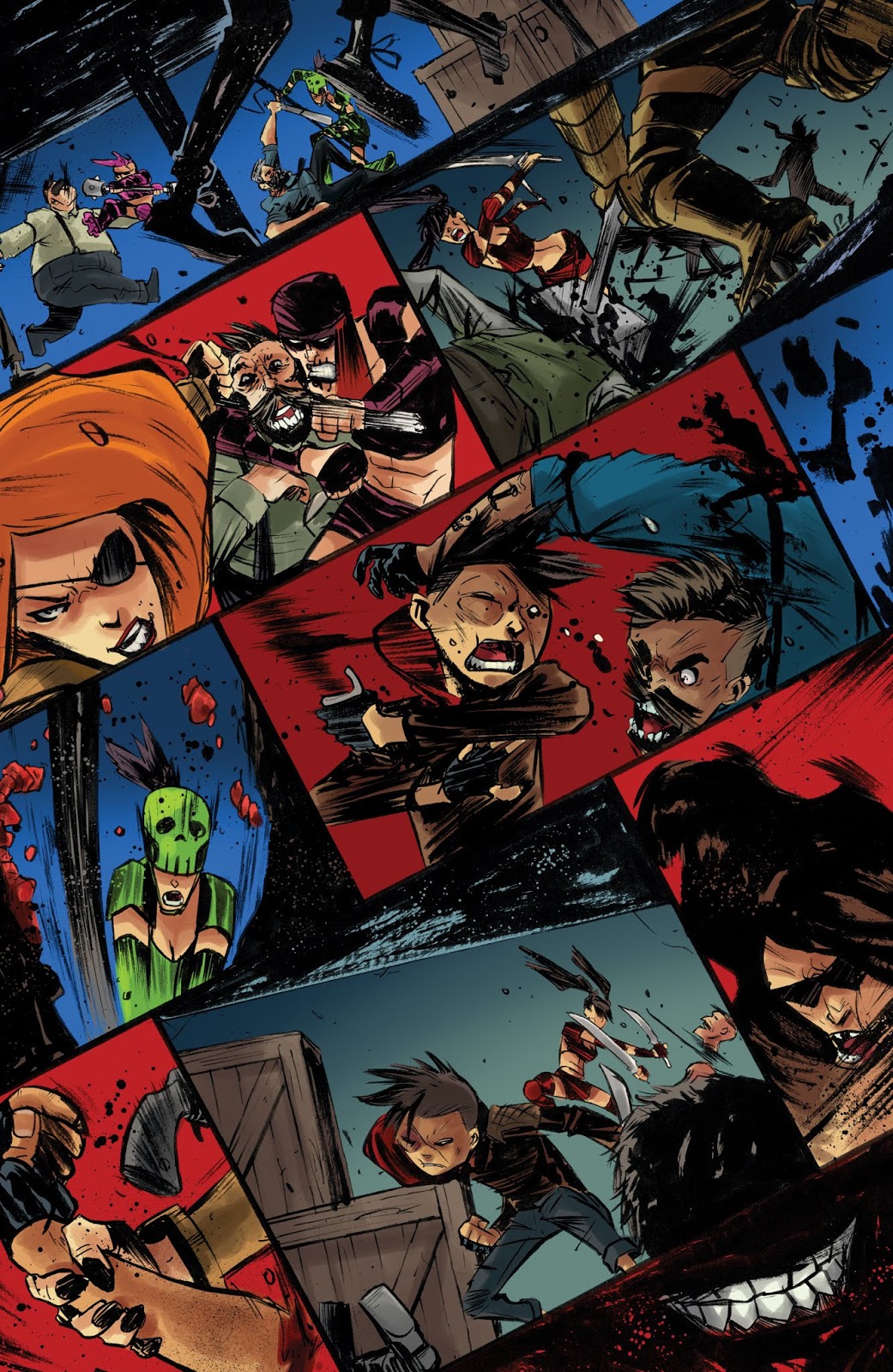 It doesn’t take long to become entirely absorbed in the exquisite Hong Kong action movie pastiche that is The Ballad of Sang. Over the opening pages Ed Brisson and Alessandro Michelli show us first class martial artist, skilled swordsman and mute child Sang going about his business, delivering a message to a minor level gangster on behalf of someone with more influence. Michelli draws this in an exaggerated motion style, the people sketchy, but with their personalities defined by their look, and using frequent viewpoints from above or below to accentuate the movement and disorientation.

A clever joke title indicates a clever writer, and Brisson’s plot is hyper-violent and very funny. Another play on the title is Sang unable to speak, enabling the minor comedy of his poorly spelled notes, but others compensate. Lines like “You’d better talk. Otherwise I’m gonna take these gooey guts of yours and make a nice stew outta them” accompany someone pulling on the intestines of a biker with a gaping stomach wound, and said intestines are last seen between the teeth of a hungry dog. Bad taste isn’t the half of it.

Brisson keeps things simple. Sang has something a gangster wants back very badly and the price he offers is enough to have every sleaze in town on Sang’s tail. A different threat manifests in each chapter, and they’re all variations on movie gang menaces as Brisson plays with the dynamics of action cinema. The characters are all broadly drawn, needing no more, and the grossly over the top violence is hilarious to the finish, Brisson conceiving ever more creative ways for Sang to go about his bloody business. An apocalyptic ending is expected and an apocalyptic ending is supplied, yet Brission remains true to the Hong Kong action formula until the end. It’s great.