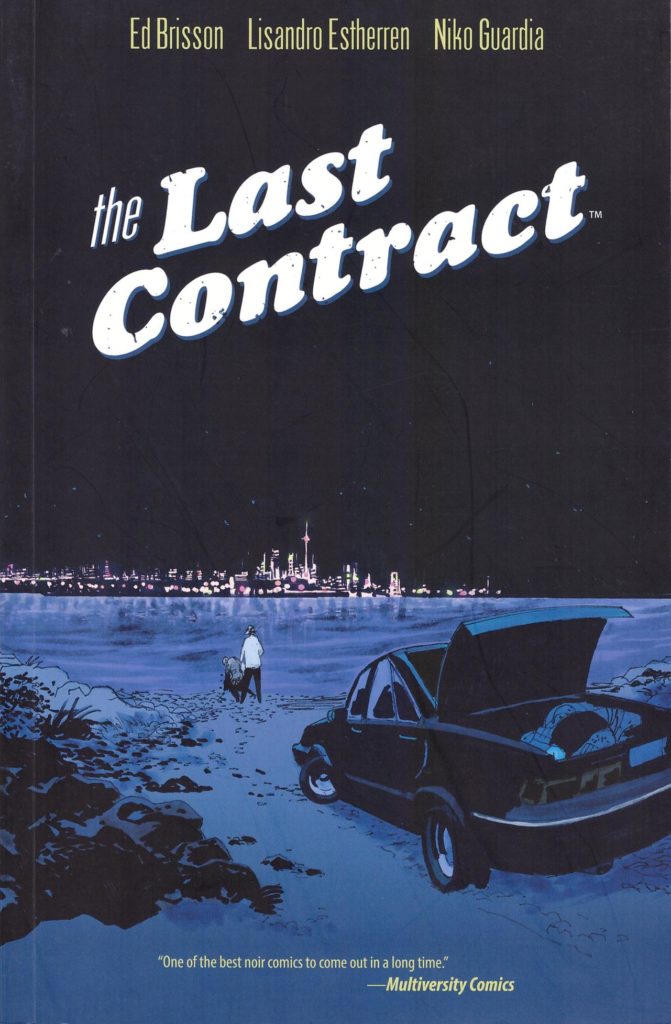 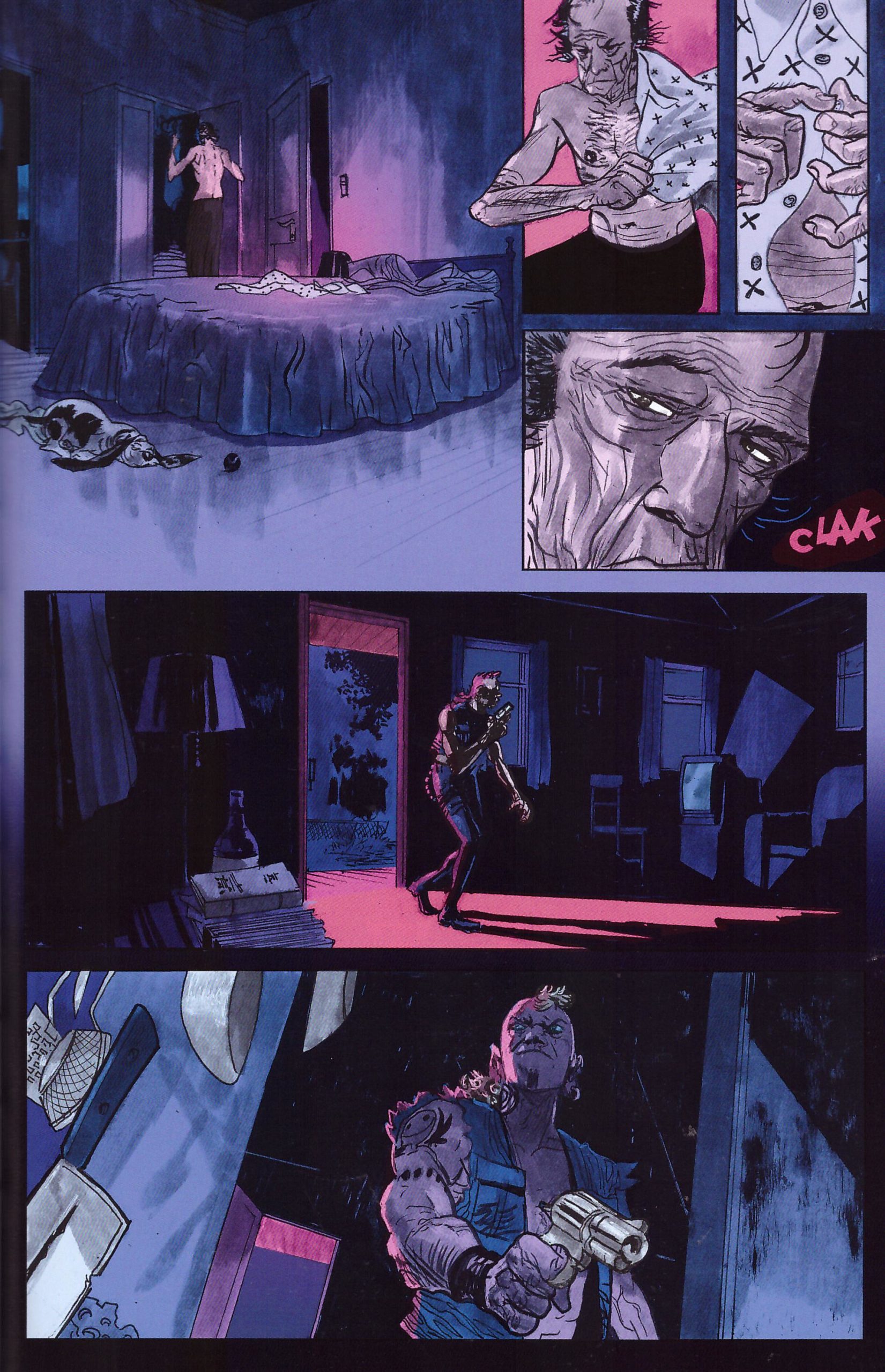 The intriguing question at the heart of The Last Contract is how does a hitman retire? In this case, it’s not peacefully. Ed Brisson’s never named protagonist is first seen as an elderly guy in a coffee shop forgetting the name of the waitress who serves him every day. It’s a very effective opening scene establishing a person who’s seen better days. We soon discover, though, that he still has his wits about him when it comes to self-protection, that he’s still deadly, and he’s more than capable of following a lead. The compelling aspect is that we know he’s also vulnerable, that he’s slightly lost that edge. Back in the day the hitman used to carry out hits for a guy named Jakes, but Jakes kept records, and someone now has his hit list and is using it to blackmail a lot of nasty people.

Almost no-one Brisson introduces has led a blameless life, and artist Lisandro Estherren’s visual presentations are magnificent, like he’s creating the parade of sleaze via acquiring a bunch of gangsters’ arrest mug shots. These are guys you’d run into traffic to avoid. The hitman himself doesn’t look like Harry Dean Stanton, but has that downbeat dissolute vibe, and when it gets to the stage that you’re movie casting a graphic novel, you know it’s hitting the spot. Estherren’s people have something of Jeff Lemire’s art about them, scratchy and endearingly wonky, yet a precision is applied to locations and furnishings. It’s an unconventional mix, yet add Niko Guardia’s equally eccentric colouring (all lighting is red) and there’s a unique look to The Last Contract.

There’s no remorse on the hitman’s part. He did what he did, yet feels compelled to keep an innocent safe from harm, so creating a buddy aspect to the story and a point of audience sympathy, although for some the hitman’s basset hound will fill that need. Brisson keeps escalating the threats as more hitmen crawl out of the woodwork, and the bodies pile up around Toronto’s satellite towns. It’s packed with fine small moments like the gangster who doesn’t know what a USB stick is, the kid’s escape attempt and the runaway buzzsaw. And for all the blood, all the violence, it’s really funny in places. In keeping with the high quality level instituted from page one, Brisson has one last plot bomb to drop in the final chapter, and has the gall to drop it over the opening pages.

It’s perhaps too easy to describe The Last Contract as cinematic or Tarantinoesque, but if the glove fits… It’s a gem.