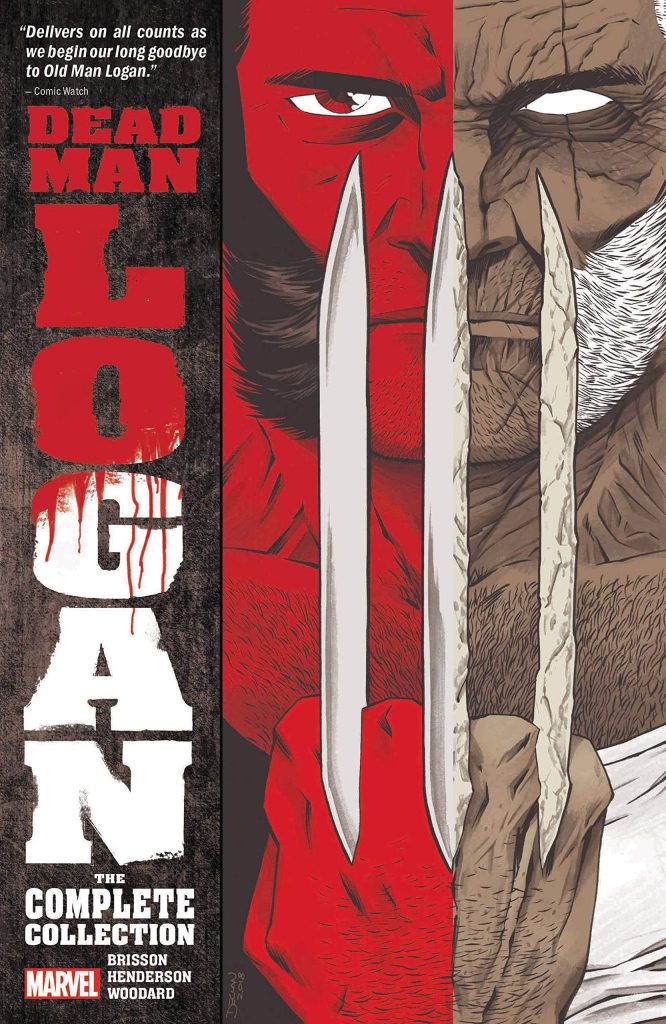 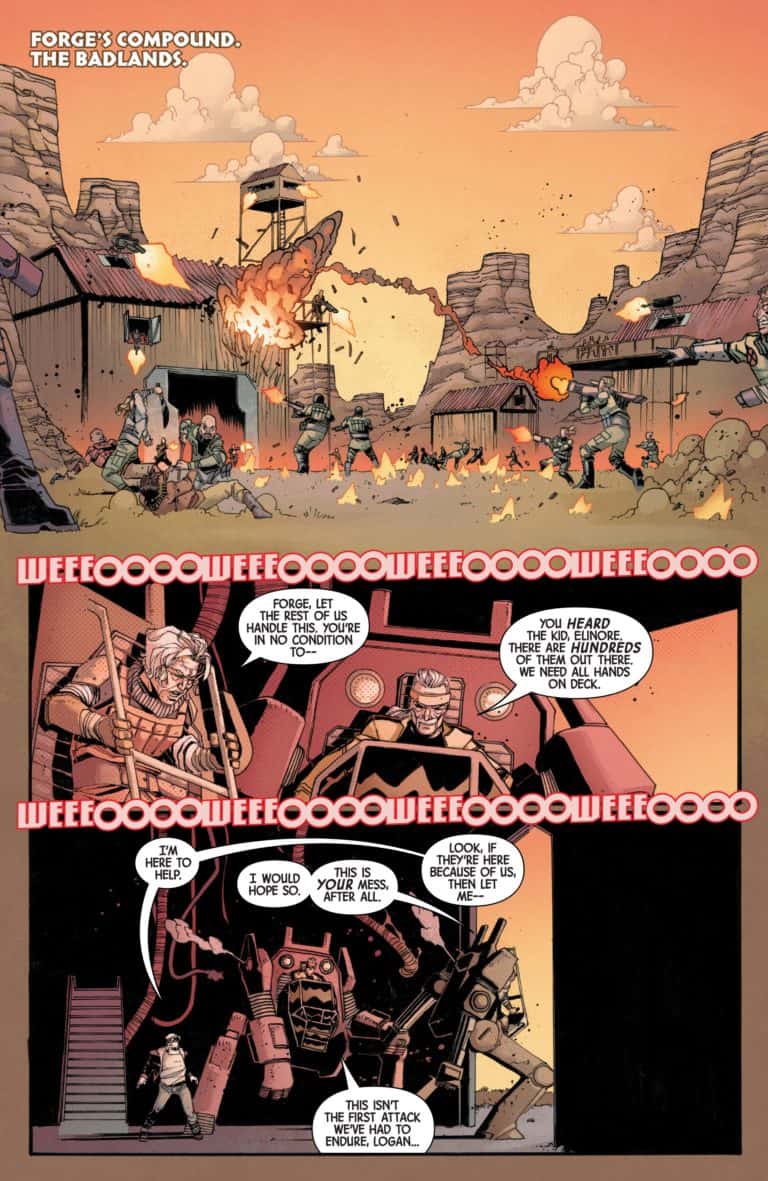 When Marvel rebooted their continuity with Secret Wars, the regular incarnation of Wolverine vanished, to be replaced by Old Man Logan, until then only the star of an alternate world one-shot. He hung around far longer than anyone predicted, but eventually the inevitable occurred, and he was phased back out for the familiar version. This is his end of days, two very different longer stories separated by a single chapter gem, writer Ed Brisson and artist Mike Henderson responsible for the entire book.

It’s a game of two halves, the first six chapters an inventive superhero story and the meeting we all want, while the second is the far more generic return of Old Man Logan to his post-apocalyptic dimension of origin in order to mop up some loose ends. These were originally available in paperback spread over Sins of the Father and Welcome Back, Logan, with Brisson and Henderson having the consideration to provide full closure.

Events are set in motion with the revelation that Logan is losing his healing ability, although it can be temporarily restored via drug use. Worse still, the condition causing that is likely to kill him within twelve months. That being the case, Logan decides his time should be spent ensuring his adopted Earth can’t suffer the same fate as his own, and the cause of those misfortunes was illusionist Mysterio. Given Wolverine’s heightened senses, that would appear a total mismatch, but Brisson ensures many complications to what’s a very satisfying long chase featuring several friends. The story is surprisingly light, but immensly entertaining, and remains true to all characters included, the most prominent guest star being Hawkeye.

Henderson’s art has very little flash about it, but his loose figures and solidity tell the story well, never over-selling the funny moments, and his emotionally strong pages ensure the separating chapter has the necessary depth. More design work is required for the final six chapters, which are one extended story, and Henderson populates a rough and unforgiving world with rough and unforgiving people.

That section’s fun, but lacks the originality of what comes before, with the strengths in moments rather than complete consistency. Due to his long retirement and disappearance, most on his world believe Wolverine is dead, and while he’s still able to deal with ordinary thugs, his condition makes threats above that level more dangerous to him. There’s good use of alternate versions of known faces such as Forge, Speedball, and especially Sabretooth, while two characters seemingly abandoned by Logan make their return. The strongest moments are right at the end when there’s no shirking or rolling back on what’s been established.

Dead Man Logan presents variety, heartbreak and a good send off for a character whose years in the spotlight proved a complete surprise.