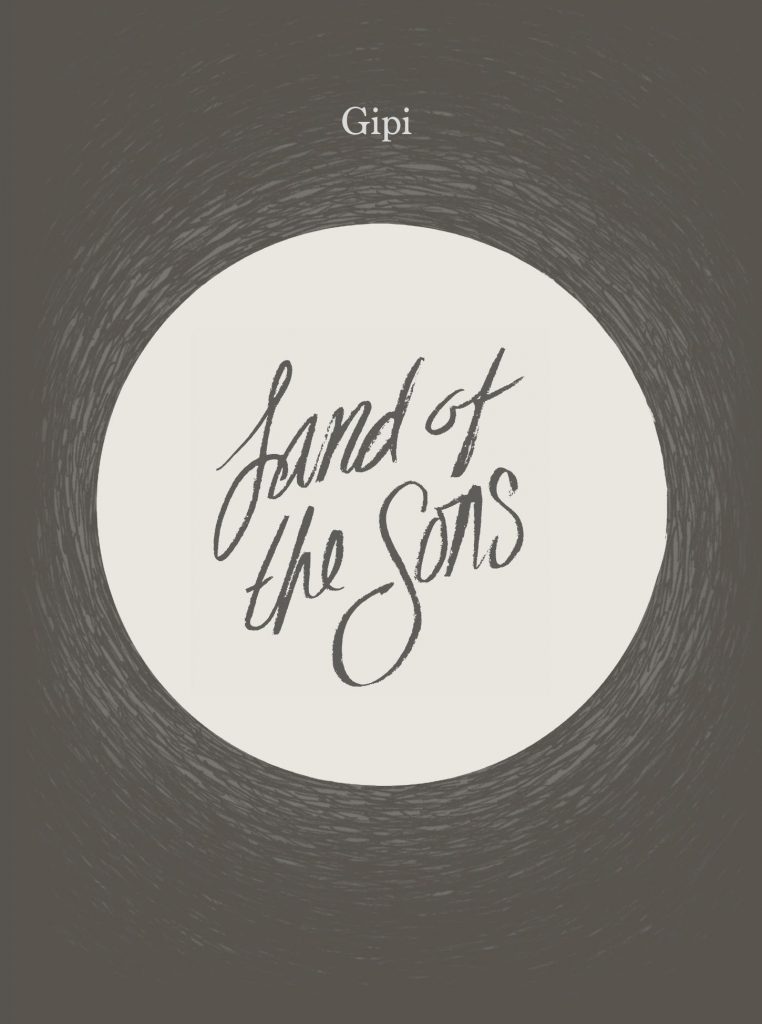 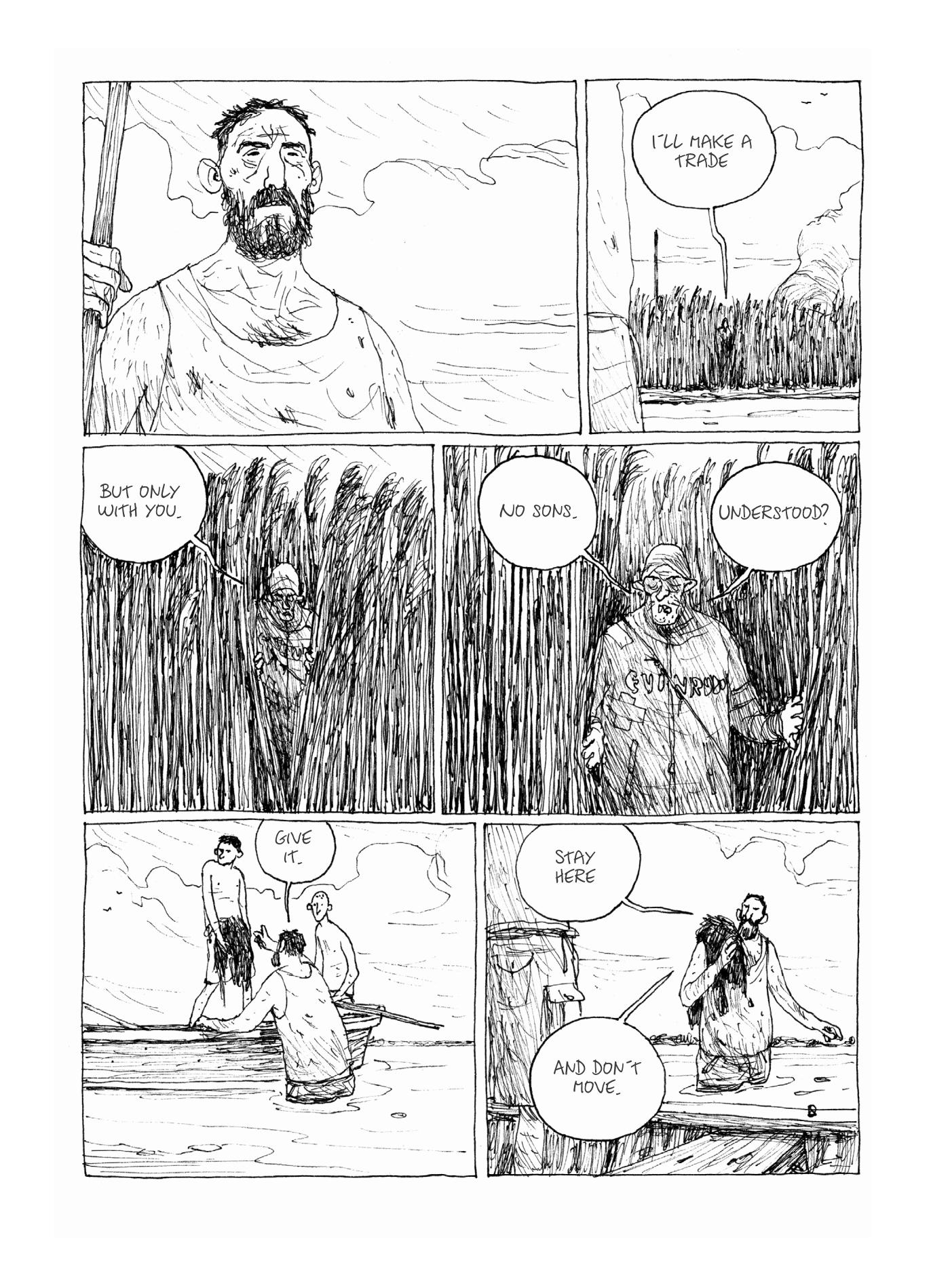 Italian creator Gianni Pacinotti contracts his name to provide the alias Gipi, and while far from prolific, that his second graphic novel won the Angoulême prize (Notes for a War Story – 2006) bestows a heavyweight reputation. All too little has been published in English, which makes Land of the Sons welcome in itself.

Over his other works Gipi hasn’t been concerned with world building. He supplies present day circumstances, in this case a post-apocalyptic world, and drops us into it by presenting the two sons of the title. They’re teenagers, somewhat brutally raised by a father who limits their access to the workings of the past in much the same way Gipi reduces the access of readers to it. It’s not the only parallel to be drawn between the father’s behaviour and Gipi’s techniques. The sons scavenge in a world bearing the scars of the past, warned to steer clear of certain areas and what can be found there on the basis that it’ll make them sick. We can draw our own conclusions about why. In the way of youth, though, they’re unwilling to accept what they’re told and repeatedly ignore it.

Just as Gipi leaves much to be figured out, although not obscurely, so the father writes frequently in a journal having never taught his sons to read, and when they acquire his journal they have no means of understanding it. From there Land of the Sons develops into a continual refutation of the consideration of ignorance being bliss. One son is convinced the journal holds secrets, what they’ve asked about without receiving satisfactory replies. Their own responses to what becomes a quest seem to be Gipi’s consideration of humanity and the importance of communication. Depriving people of knowledge when they have awareness doesn’t create peace, but desperation that increases with each further secret. Just how much the father has kept from the sons is revealed in an astonishing scene three quarters of the way through the book when the more assertive of the two boys lacks an obvious frame of reference.

In keeping with the bleak and sparse nature of his story, Gipi’s art is reduced to simple essentials, a black and white world with the merest shading sketched around the sons. Just as words are restricted to the sons, so Gipi restricts words in the text, keeping them to the essentials and little more. Orders are given and questions are asked, to be answered or not. “Had it been dead long?”, “Did you come here to talk about my eyes?”, “What do we do with dead people?” The only group possessing certainty have their own text, yet they’re the most barbaric encountered. Barbarism being the result when communication is hampered is a point relentlessly hammered home by Gipi, almost the entire story being a succession of mis-communications or lack of understanding, and in case we don’t grasp that, there’s a sequence of several pages featuring meaningless scribble to underline it. This is counter productive, and the lack of certainty permeating the remainder of the story would have served better.

Land of the Sons isn’t a story for anyone insistent on narrative closure. We float into Gipi’s world and we float away again very little the wiser, but having witnessed some terrible events and given little hope. Is this Gipi’s worst fears realised or ours also?