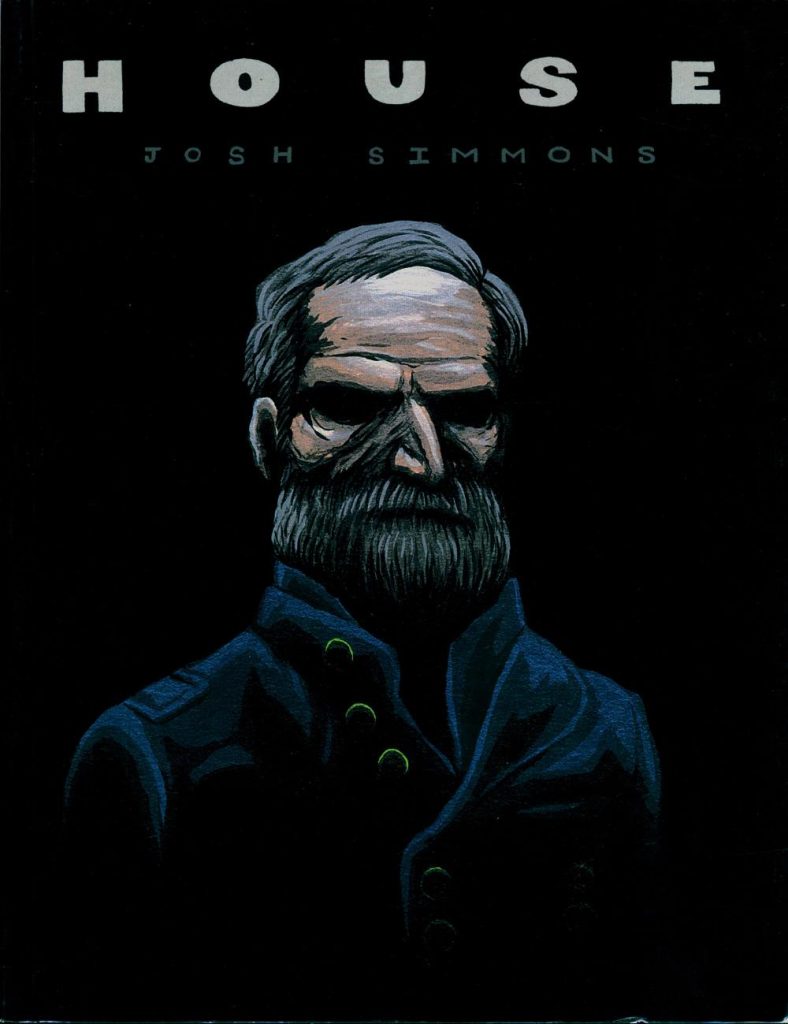 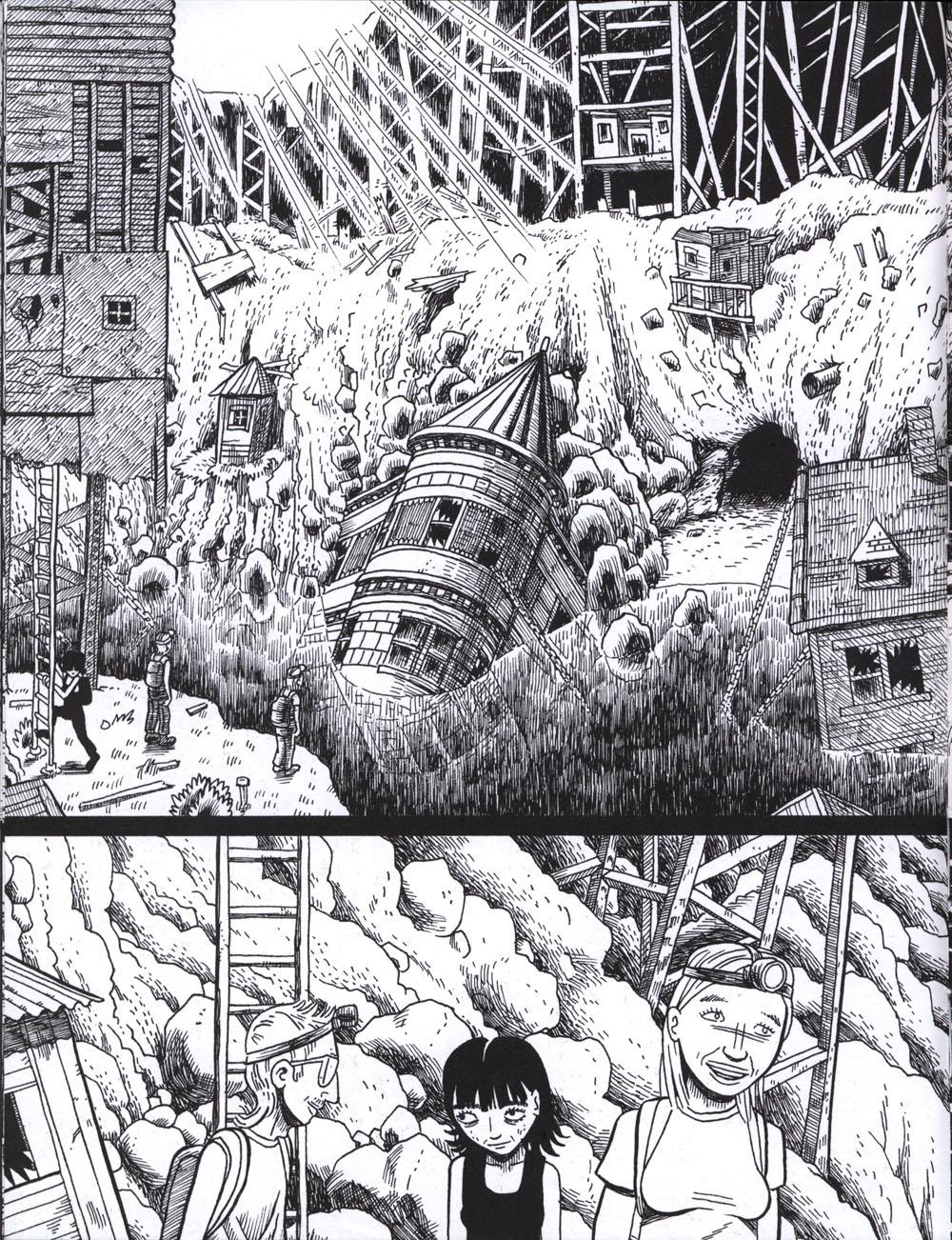 A vast decaying mansion is located in a forest, not visible from beyond the trees, and surprising by its size and opulence. Three teenagers are drawn to investigate, and on breaking through a blocked entrance they discover the extent of the deterioration. Subsidence has taken its toll. The peaks of large turrets lie collapsed in pits, and outbuildings built into those pits are now beneath flood water. As the teenagers continue to explore they discover a maze of tunnels and staircases between the walls of rooms. These contain danger and terror.

It doesn’t take a long time to read House, and the actual drawing is functional rather than spectacular, which combines to suggest that even at a list price of $12.95 House isn’t exactly a bargain. That’s not entirely the case. Simmons has created a horrifying experience without resorting to usual horror standbys. That the comic is wordless increases the tension, and poses questions. Has the male teenager we follow on his way to the decrepit mansion arranged to meet the two girls there, or are they new acquaintances? That some preparations have been made indicate the former, but it’s ambiguous. The question is worth pondering as the choice of answer colours some of what follows. As they continue to explore Simmons alters the parameters of their world, switching the balance between black and white to accentuate a sense of distance and claustrophobia, increasing that over the final pages.

An experimentation with form stops short of making House a groundbreaking story, but as Simmons has proved elsewhere, he’s a restless creator with a unique vision, not content to recycle the obvious. It makes anything he produces worth your time. 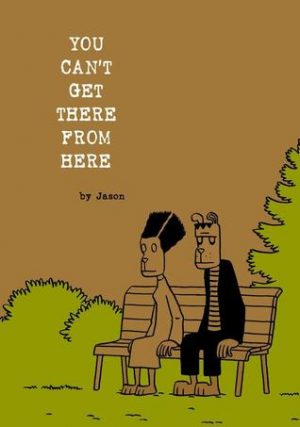