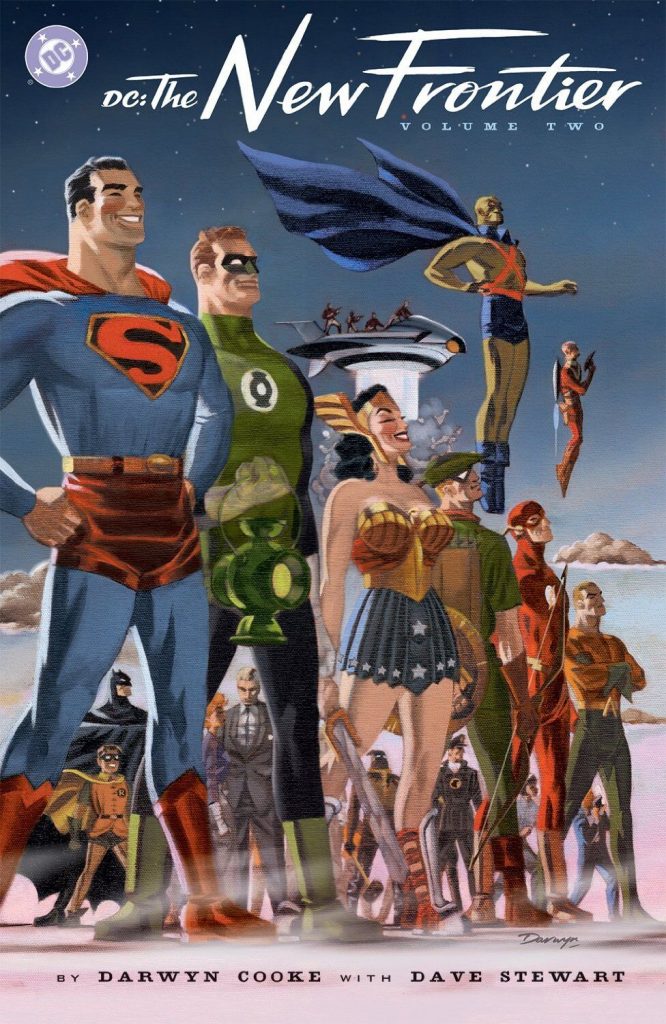 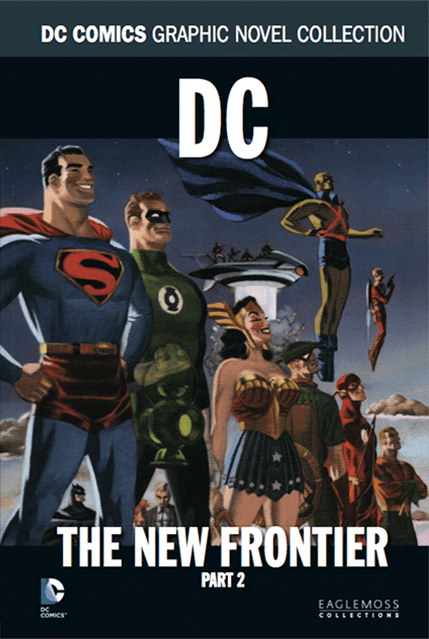 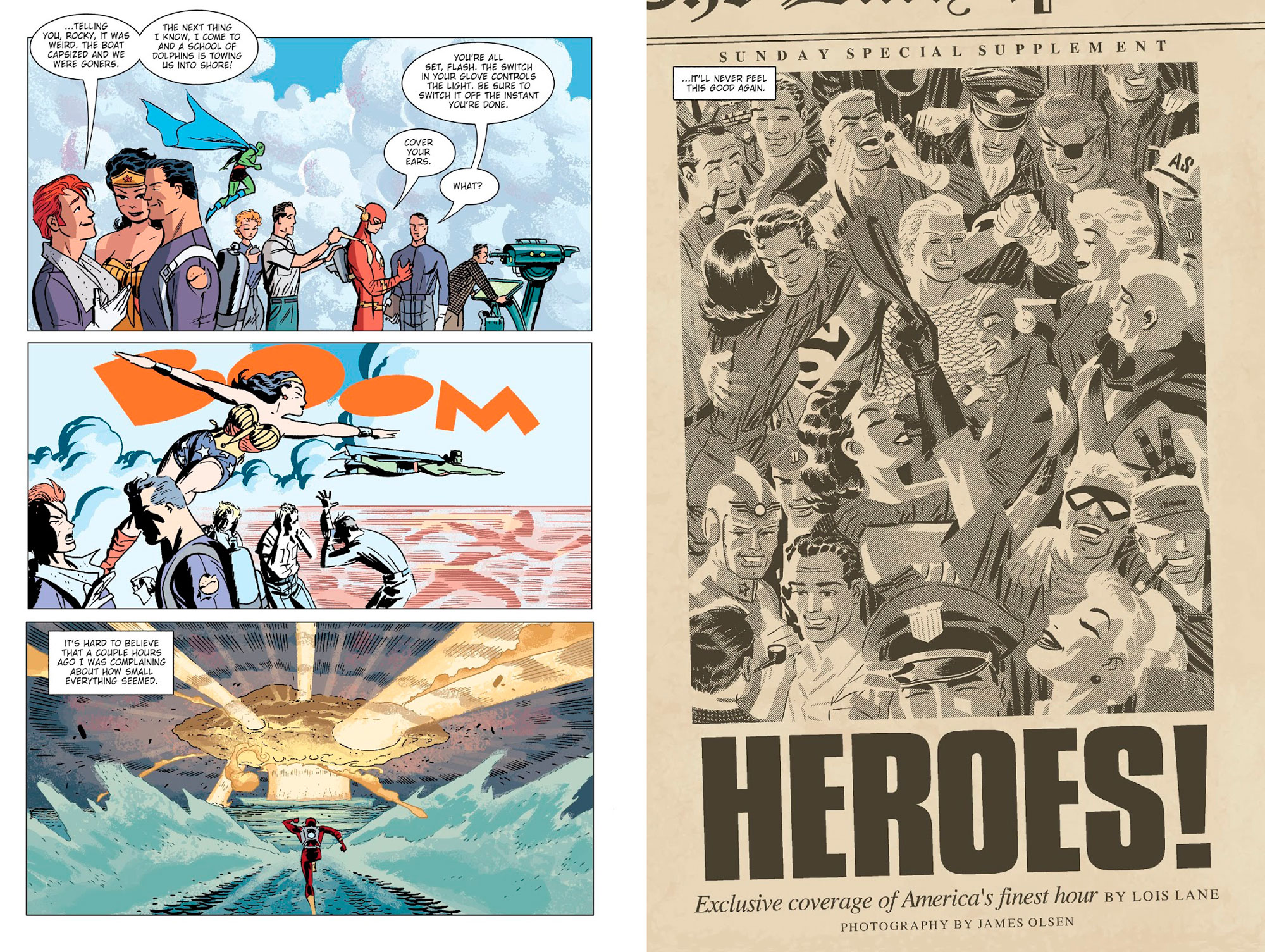 Volume one of DC: The New Frontier ended with the realisation that an incredibly powerful, malevolent alien being had been lying dormant beneath the surface of Earth for years. This evil has now awakened. Its malign psychic energies are warping the minds of people all around the globe as it prepares to devastate the planet before it departs. Among the mass hysteria and cults forming in its wake, the grim realities of life in America go on. John Henry, aka Steel, has made a stand against the Ku Klux Klan in Tennessee, but he’s just one man and his inevitably horrible death convinces the Martian exile John Jones that Earth is too hostile for an alien to try to live here. A violent encounter with Batman does nothing to change his mind.

Brilliantly paced action sequences feature a wide variety of heroes and proto-heroes, and a particularly nice feature of Darwyn Cooke’s writing is the number of people from parts of the DC universe who contribute to the action in small cameos. This adds extra nuance for readers who recognise the names, but the sequences work perfectly well even if you don’t. The Spectre, the Phantom Stranger, Zatanna, and Billy Batson debate whether they should intervene in human affairs. Hal Jordan is given a green ring by dying hero Abin Sur. Lois Lane, Jimmy Olsen and the Challengers of the Unknown battle dinosaurs. As the alien menace is finally revealed in all its awful hugeness, a wounded Wonder Woman tells Superman what humanity is up against. Adam Strange, Ray Palmer and Will Magnus come up with a plan that requires a vast team to defeat the even vaster foe. Superman rallies the disparate crew of warriors assembled at ground zero to unite and follow him into battle, and the Flash and Green Lantern become the heroes they were meant to be.

If Cooke has a thesis it’s that humanity as a whole is hypocritical at best and divided, factional, dysfunctional and self-destructive at worst. But when the chips really are down, differences can be put aside and heroes will find it in themselves to pull together and make things right. His dynamic confrontations and exciting compositions sweep the reader along and convince us that he’s not wrong. The last stand of human ingenuity versus alien antagonist is big in scale and emotion, and The New Frontier has a purity of action and thought that punches through the leaden corniness of its 1950s setting to feel freshly exciting now. This Elseworlds-style series (the Essential Wonder Woman Encyclopedia identifies this setting as Earth-260 pre-Crisis on Infinite Earths and Earth-21 post-Crisis on Infinite Earths) won multiple Eisner Awards, Harvey Awards, and a Shuster Award for Darwyn Cooke as an Outstanding Canadian Comic Book Cartoonist (Writer/Artist).

The New Frontier was published in the UK in two hardcover volumes. Each reprinted a vintage story to give readers some extra contextual material: Volume one features ‘The Defeat of the Justice Society’, showing why the Justice Society of America chose to disband in 1951. Volume two reprints ’Secret of the Eternal City’, the origin of Adam Strange who is struck by a zeta-beam, an alien energy source which teleports him 25 trillion miles through space to the planet Rann.

This work is available in a single collected Deluxe Edition, featuring over 100 pages of extras in an oversized hardcover. It is also available in a ‘Black Label’ softcover edition; and best of all, a slipcased hardcover Absolute DC: The New Frontier 15th Anniversary Edition.