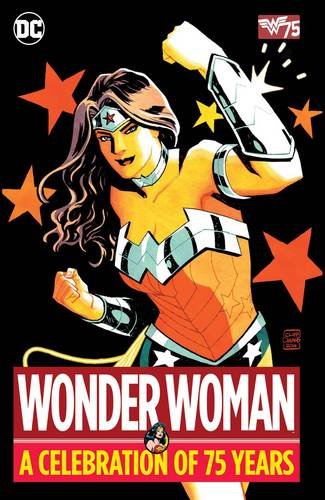 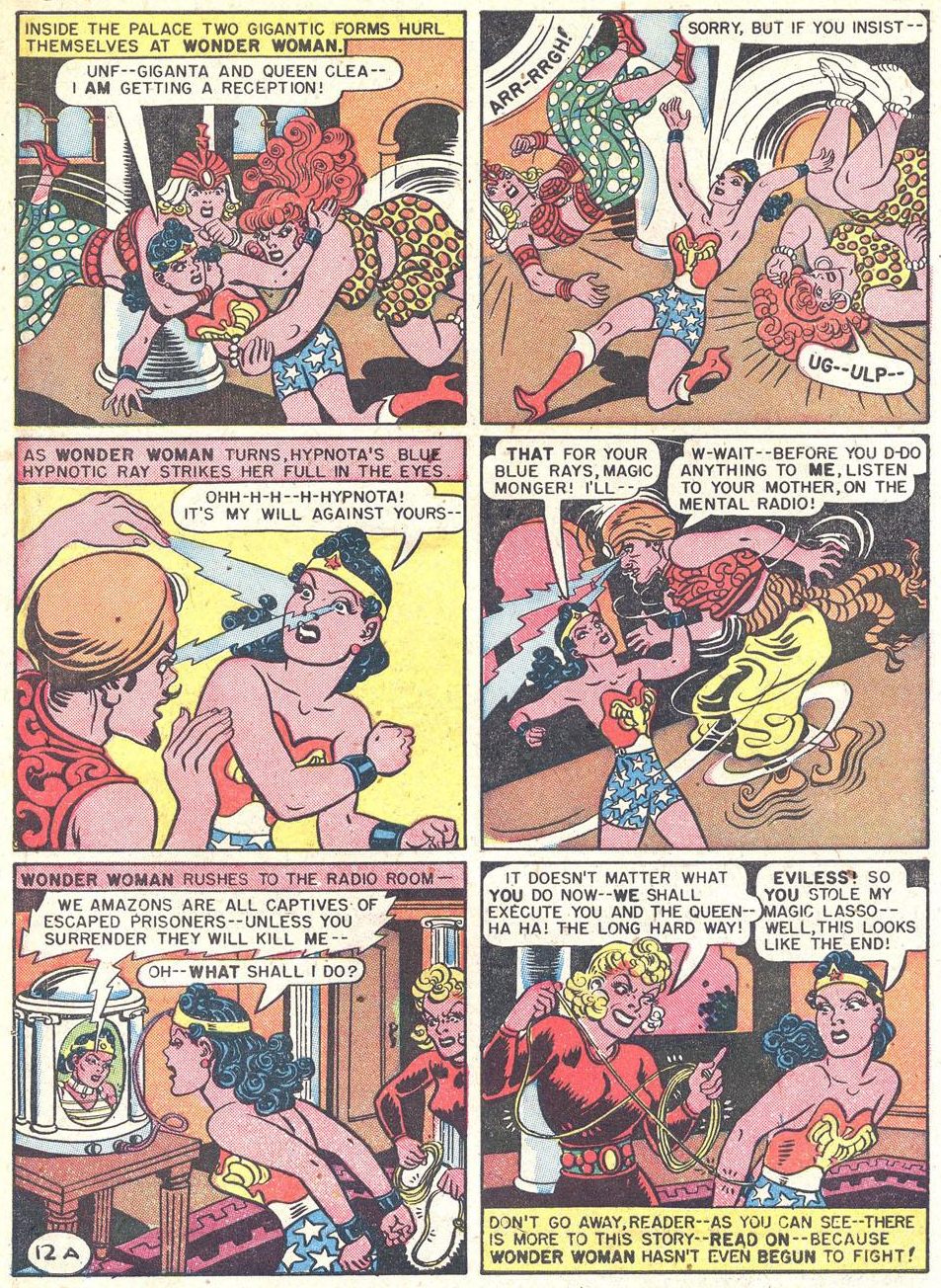 William Moulton Marston was a contradictory man with many strange ideas, brilliantly expounded in Jill Lepore’s The Secret History of Wonder Woman, yet his creation of Wonder Woman in response to the male-dominated superhero world of the early 1940s stands the test of time. It’s only when reading the primitive original version that the penny drops about Wonder Woman’s origin story still being perfectly fit for purpose 75 years on.

That’s one of three selections by the 1940s creative team of Marston and artist Harry G. Peter, whose stiff art carried an eccentric solidity (see sample page). Oddly, Marston’s uniquely twisted vision is best represented on a story credited to him, but which later research has revealed as the work of Joye Hummel. Each of ‘Villainy Incorporated’s first ten pages features a woman somehow tied-up or girdled, and that’s before we reach the female to male cross-dressing. It’s remarkable that this tale of Wonder Woman’s enemies uniting was considered wholesome entertainment in conservative times, and rare in an anthology that the earliest work remains the strongest statement.

The 1950s and most of the 1960s is rightly given short shrift until the brief time when Wonder Woman Woman lost her powers and was transformed into an Emma Peel style secret agent. Mike Sekowsky then Don Heck obviously enjoyed drawing this more than traditional superhero material. The book supplies the intro and the outro to this period, neither being the best samples, but they remain surprisingly fresh if not representative of Wonder Woman as a whole. They fit the theme of what’s selected, however, by ringing in changes as does the otherwise ordinary story that follows introducing the ww chest emblem. Gene Colan is at his best when the costumes aren’t required.

The modern era Wonder Woman began in 1986 with George Pérez revamping the feature entirely, establishing greater and more cohesive ties with Greek mythology, continued by later creators, and his is the most ornately decorative art in the book. It continues the theme of change, as do the following stories, the first introducing then new writer William Messner-Loebs, and the next a new Wonder Woman, the ultra-violent Artemis with Mike Deodato working in the worst of 1990s art excesses. We reach the 21st century with Phil Jimenez writing and drawing, very much in the style of Pérez fifteen years earlier.

It’ll be a subjective selection, but the best story here runs to just a compact six pages by Darwyn Cooke and J. Bone. Cooke satirises Wonder Woman’s often exploitative and contradictory brand of feminism by teaming her with Black Canary in the 1950s and having them take a trip to the newly opened Playboy club. It says what’s needed succinctly and cogently, and the cartooning is wonderful. Much the same applies to Gail Simone and Ethan Van Sciver sending Wonder Woman to Gotham, investigating how she’d handle the criminals there. There’s also some nice art from Cliff Chiang late on, but on an unmemorable story.

What strikes most is that despite this collection showing many different facets of Wonder Woman, there’s very little outstanding work, and in many stories she’s barely present. Is this due to the selection process concentrating on issues of change, or has Wonder Woman really been that poorly served over the decades? Much of the better material is over the final fifty pages, published since the Greatest Stories Ever Told, but that’s otherwise a superior collection and also features the loopy ‘Villainy Incorporated’.