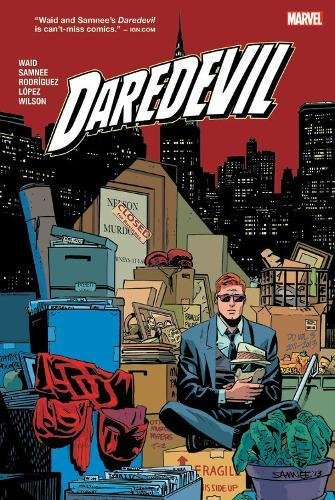 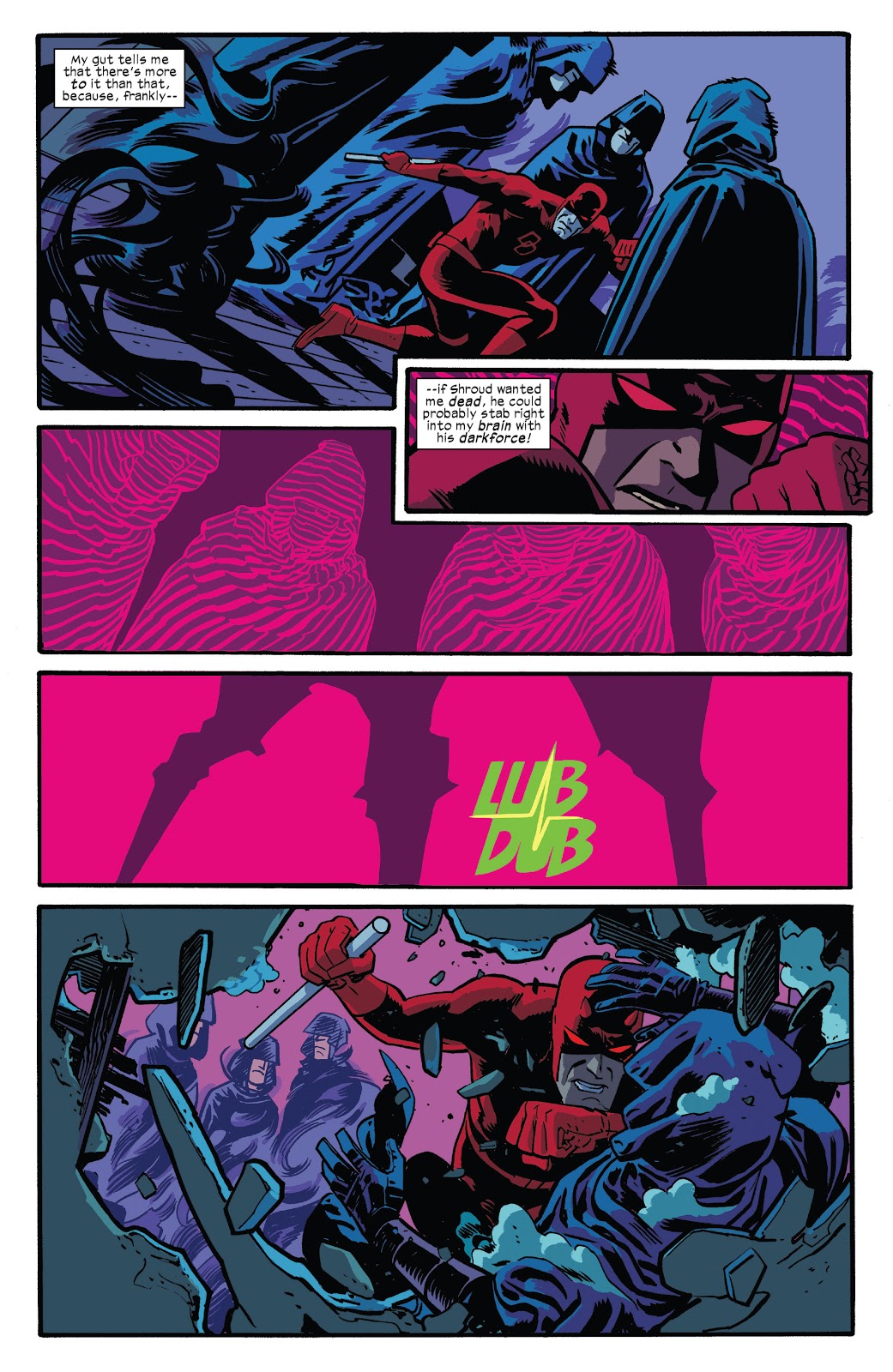 This second Omnibus of Mark Waid’s work on Daredevil is a definite work of two halves, even if the page count doesn’t exactly split it that way. For the first portion Matt Murdock is in New York, but there’s a growing suspicion that despite repeated denials and his blindness he’s actually Daredevil. That works its way to a head, after which Matt relocates to San Francisco to open a new law practice there.

Over Daredevil’s fifty year history before Waid there had been two standout runs, those written by Frank Miller and Brian Michael Bendis. Both kept Daredevil isolated in his own narrow corner of the Marvel universe, and both focused on the darkness, allowing very little light into Daredevil’s life, an approach reflected by the art. There is darkness in Waid’s work, but his overall mood is altogether lighter, and what completely differentiates his writing from Miller and Bendis is that he’ll throw anything into Daredevil, and almost always make it work. Daredvil is cast into the wider world, and sits alongside the unlikeliest guest stars from the Silver Surfer to a gathering of Marvel’s more horror oriented superheroes. The sheer variety over this Omnibus is astounding, and while not everything works as intended, there are always enough fine moments within individual stories to compensate, and the plotting is generally first rate.

So is the art. While half a dozen different artists are listed, the illustrator of note is the fantastic Chris Samnee, the others only contributing an occasional chapter, the exception being the very good Javier Rodriguez, official stand-in and otherwise colourist. Samnee is extraordinary, and Daredevil proved the series where his talent finally achieved the recognition it had always deserved. His page layouts are phenomenal, and he has the work ethic to ensure his viewpoints are almost always from a distance, involving drawing full figures and backgrounds. He gives the cast personality and the action an athletic life, and there’s no loss of quality via the oversized pages.

A third of the way through the book very naturally flowing circumstances cause Matt’s move to San Francisco, and there Waid and Samnee introduce new problems and old villains, either upgraded to make sense in Daredevil’s new world, or confronting him where he has no natural advantage. In terms of plot and art, it’s business as usual, a thread connecting the entire run, several plot bombshells and everything neatly resolved, but not, perhaps, as readers might predict. This is a good thing, and the reason why Waid and Samnee’s Daredevil is destined to be recalled as remarkable.