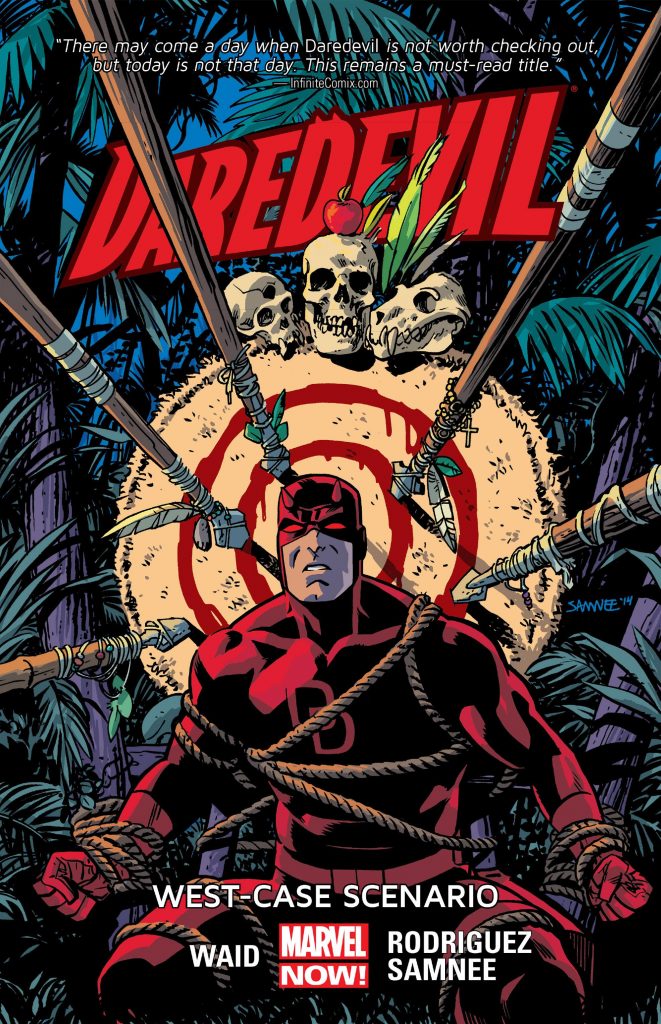 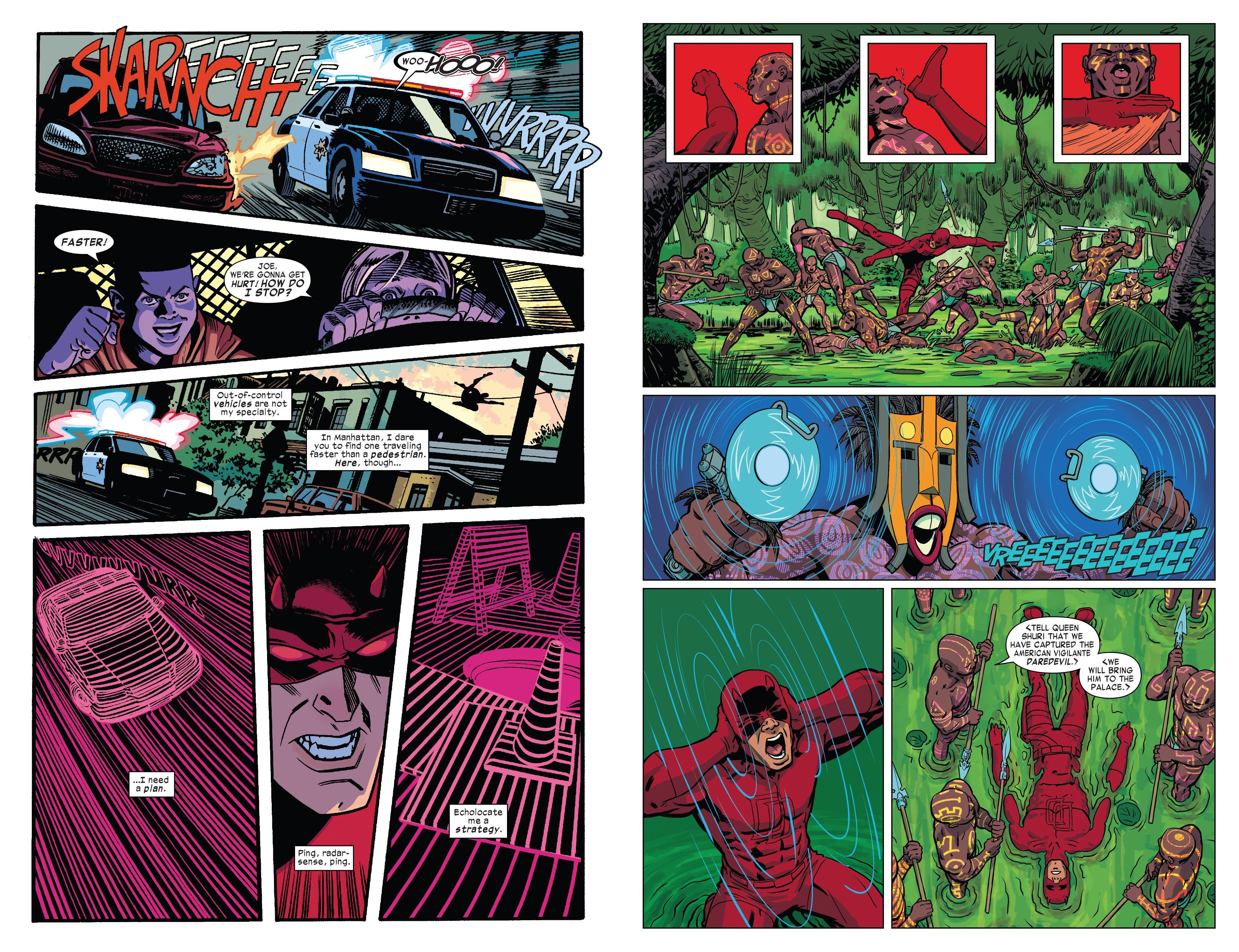 Much of Devil At Bay was concerned with establishing Daredevil in San Francisco, embedding him there along with a purpose and a supporting cast, which makes it strange that the first half of West-Case Scenario looks back to the past, and, initially, the future.

Before we hit the title story, there’s a break in the continuity to enable three creative teams to present a short look at Daredevil on his fiftieth anniversary. Is Mark Waid hinting at his own future plots by presenting Matt Murdock’s recollections at fifty? That’s nicely drawn by Javier Rodriguez. Brian Michael Bendis and Alex Maleev opt for text and illustration. All Daredevil stories are fiction, but is theirs more fictional than most? Karl Kesel looks back to the days when Matt was masquerading as his outgoing brother Mike. All are interesting enough, but not as much fun as the main event.

Beyond his brief opener, Waid contributes two very different stories. The first is surely the best use of revealed secrets during the Original Sin storyline afflicting all Marvel superhero titles. It’s the perfect use of misdirection, Waid using the necessity of the crossover to introduce an ethical conundrum, and the conclusion to answer it innovatively, but instead delivering a wild story set in the African jungle kingdom of Wakanda. It needs Daredevil to be detective, lawyer and superhero and Rodriguez draws it all beautifully (sample art right), down to the big emotional moment addressing an under-appreciated condition in comics for the first time while adding to Matt Murdock’s background.

Within this series of Daredevil Waid has already been good when it comes to using Daredevil’s largely underwhelming set of foes, and for the final story he turns his attention to one of the genuine big hitters, the Purple Man. Bendis and the Jessica Jones TV show had already shown how the application of logic to a person able to control anyone via voice commands produces a terrifying villain, and Waid’s extrapolation of that also horrifies. What would the Purple Man’s children be like? This is one of those stories that as the pages count down to the end of the book you figure Waid can’t possibly finish everything he’s set in motion, but he can. However, it’s not memorable, despite Chris Samnee once again shining artistically. The concept is great, but it’s as if having had the premise Waid couldn’t really come up with a way to exploit it effectively.

An interesting aspect of West-Case Scenario is Waid’s incorporation of real world medical conditions. He used cancer throughout his New York Daredevil run without ever diminishing or trivialising it, and does the same here with other conditions. They don’t dominate, but neither is their use casual, and the ending indicates that depression may feature again. The Daredevil You Know is next.