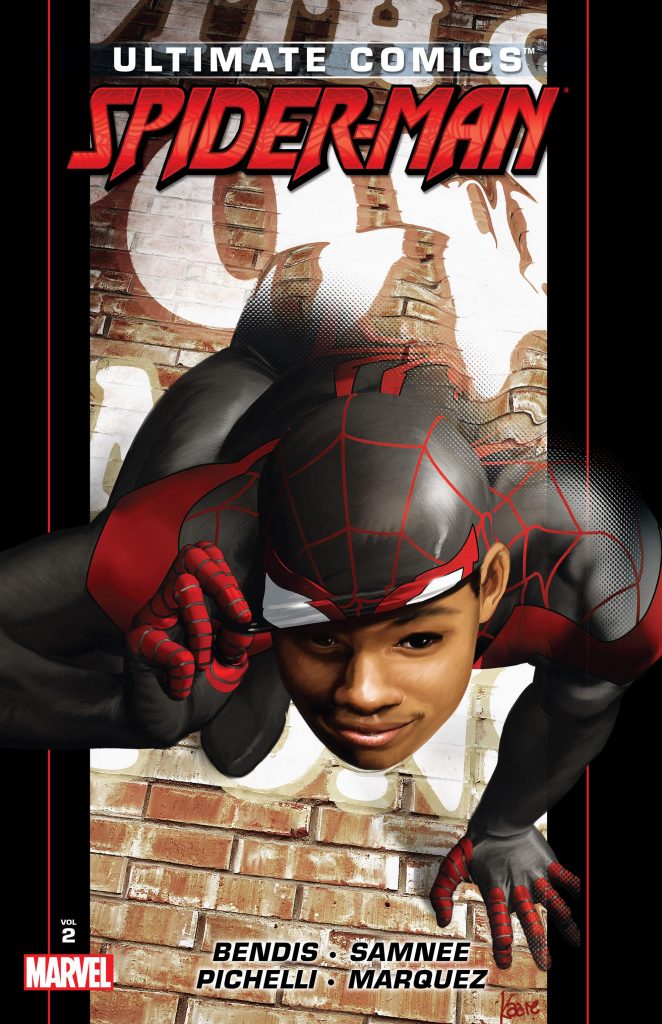 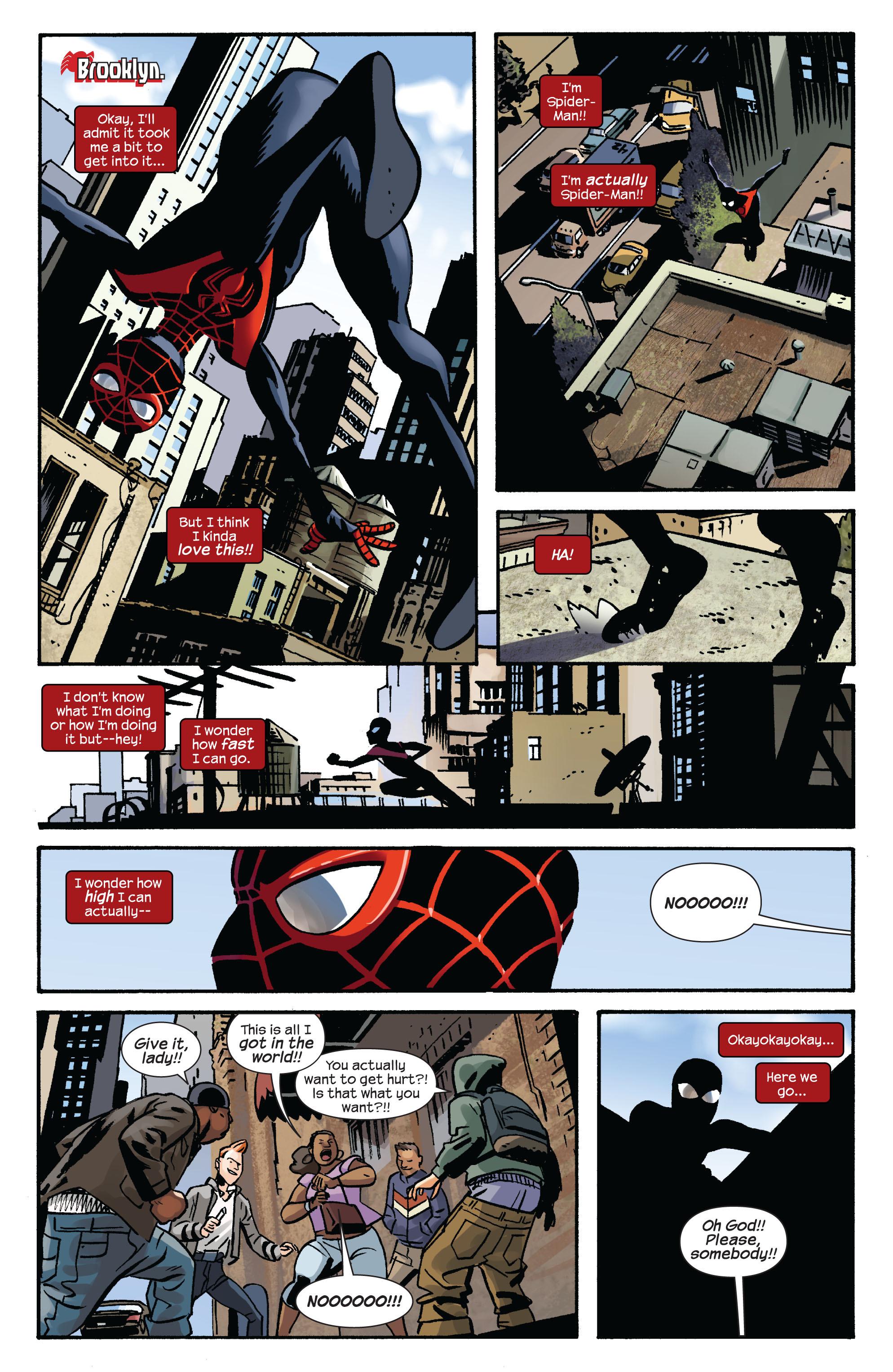 What was learned from volume one: Miles Morales is now the Spider-Man of the Ultimate universe; he has loving parents, but his father and his uncle have pasts, his uncle still pursuing criminal activities as the Prowler; Miles has been accepted for Brooklyn Academy and now attends, and he’s made the acquaintance of Nick Fury and members of the superhero community. We also learned that far from being burned out after a decade of Peter Parker as Ultimate Spider-Man, Brian Michael Bendis is still enthused, bursting with fresh ideas.

As much fun as it was, that first volume was largely introduction and set-up. With this content Miles becomes Spider-Man, embracing the hero within himself and the hero Peter Parker was, learning his limitations as he practices. Miles has been established as a different Spider-Man. While an athletic gymnast that can walk on walls, he has no webbing, at least at this stage, but other powers to compensate, and Bendis takes the alternate route with some villains. Some are much as they are in the regular Marvel universe, but others are radically different, such as the Scorpion, no longer a goon in a green costume with a tail, but a tatted-up brute of a Mexican gangster with a chain who wouldn’t be out of place on Breaking Bad. Another known name from Spider-Man’s villain’s gallery also shows up, although that proves to be a passing tease rather than a lasting introduction.

Sara Pichelli’s art over the first volume was so right, so accomplished that it’s a shame to report that she’s only drawn one chapter of this book, but can anyone really complain about Chris Samnee (sample page) or David Marquez. They’re both superb.

Key to the development of Peter Parker as Spider-Man was the guidance of his Uncle Ben, and Bendis twists that nicely by making Uncle Aaron as important to Miles. It’s a completely different kind of relationship involving a different type of respect, but brilliantly conceived and doing exactly as intended by making sure volume three is an essential buy once you’ve finished this.