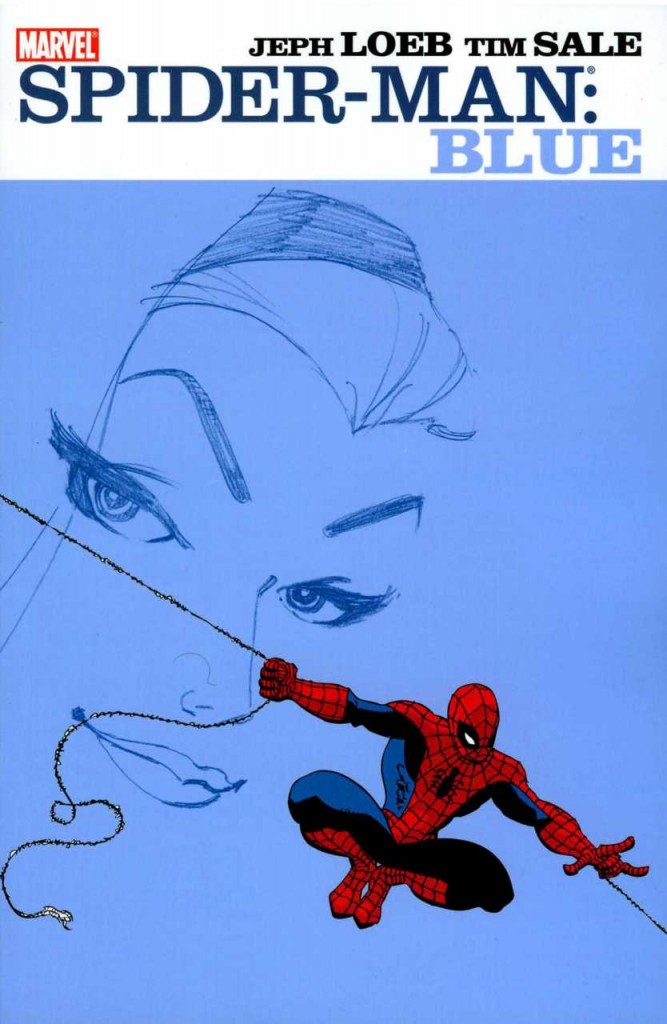 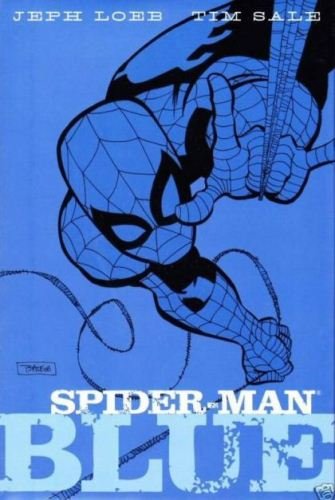 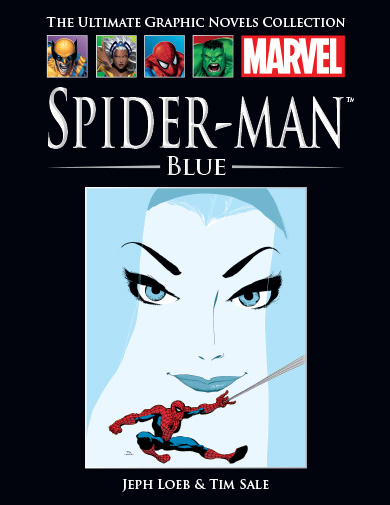 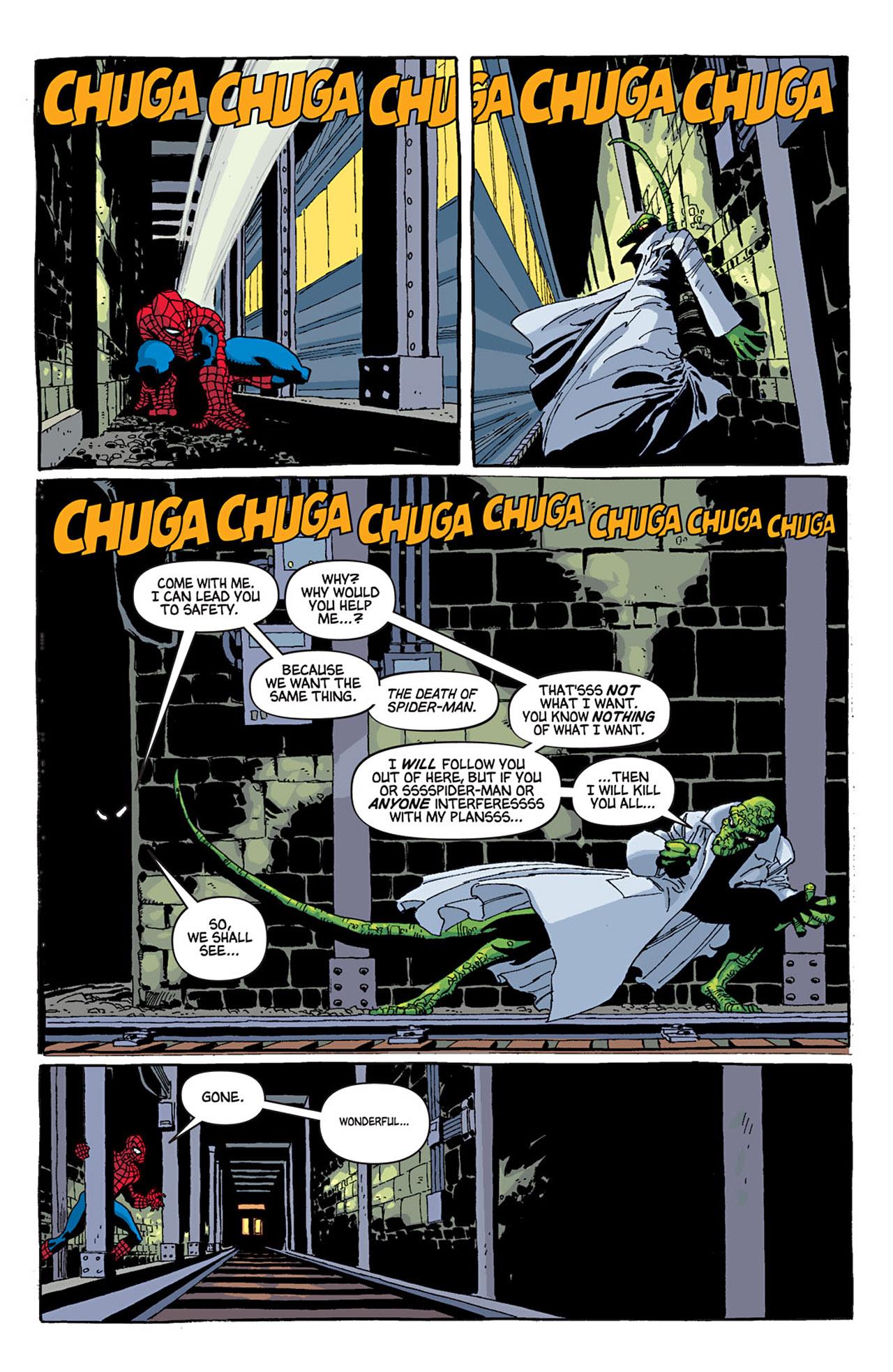 “Your name was Gwen Stacy. Mine is Peter Parker. This is the story of how we fell in love. Or, more appropriately, how we almost didn’t fall in love.”

The story of Peter Parker and Gwen Stacy is well told now, explored vigorously in the last decade. Animated series Spectacular Spider-Man and Amazing Spider-Man are two examples. As shocking as it was, Gwen Stacey’s death was a major turning point not only for Spider-Man but comics in general. This relationship and Gwen herself has been revived with great interest, surely thanks in part to writer Jeph Loeb’s and artist Tim Sale’s Spider-Man: Blue.

Blue opens on Spider-Man swinging through New York City. Out of frame Peter Parker narrates into an old tape voice recorder. “So, it’s Valentine’s Day and there’s a place I stop by once a year. Nobody knows. I don’t make a big deal out of it. It’s about remembering someone so important to me I was going to spend the rest of my life with her. I didn’t know that meant she would only get to spend the rest of her life with me.” It flashes back to a young Peter/Spider-Man battling the Green Goblin Norman Osborn. The battle ends with Osborn hospitalised, and Peter visits to ensure Osborn doesn’t recall Spider-Man’s identity. He strikes up a deep friendship with Osborn’s son Harry, a friend from college, and among Harry’s friends is the beautiful and smart Gwen Stacy. There’s a chemistry and a relationship begins to blossom but as Peter says himself, bad follows good. A new Vulture is on the scene, Rhino is on a rampage and a sinister figure lurks in the shadows. Then there’s navigating the pressures of college and working for The Daily Bugle. And someone else has set her sights on Peter – the sultry vivacious Mary Jane Watson.

As they did on similar projects, Loeb and Sale focus on human relationships and dilemmas. It’s also a tribute to the Spider-Man stories Stan Lee, Steve Ditko and John Romita Sr worked on in the 1960s, as Sale emulates the artistic style of the era, yet giving it a fresh edge. Gwen and MJ wear mini-skirts, Peter and Harry suit and tie. Mobile phones are absent, there are no computers. It looks 1960s but there is a maturity and sexiness that elevates Blue. Gwen’s flirtations with Peter, the way she looks at him and her girl next door appeal is captivating. In direct contrast is party girl Mary Jane with her red sultry lips and startling auburn hair. You see her all grown up the same time as Peter, the reactions the same. Wow! The hues of blue make the red of a rose or the yellow of a sound effect pop, but they aren’t dominant. When it does dominate it accentuates Peter’s mood as ‘blue’. The loss of Gwen, of what could have been, still haunts him. Loeb’s dialogue emulates Peter’s melancholy as he attempts to articulate its grief. It is a powerful combination that delivers an emotional story. Every character, friend or foe, is developed and nuanced.

When first released alongside the much acclaimed Ultimate Spider-Man, Blue would have been the perfect counterfoil to that title’s glitz. Time and plot overuse has reduced the impact but Blue remains a fine addition to the Spider-Man mythology. It’s classic yet distinctly modern, elegantly beautiful and well told, this is well worth the time.

Spider-Man: Blue is also found collected with Daredevil: Yellow and Hulk: Gray in one hardcover.