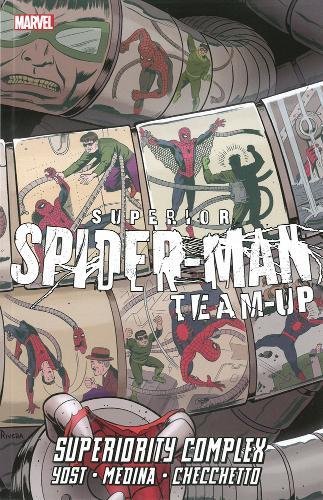 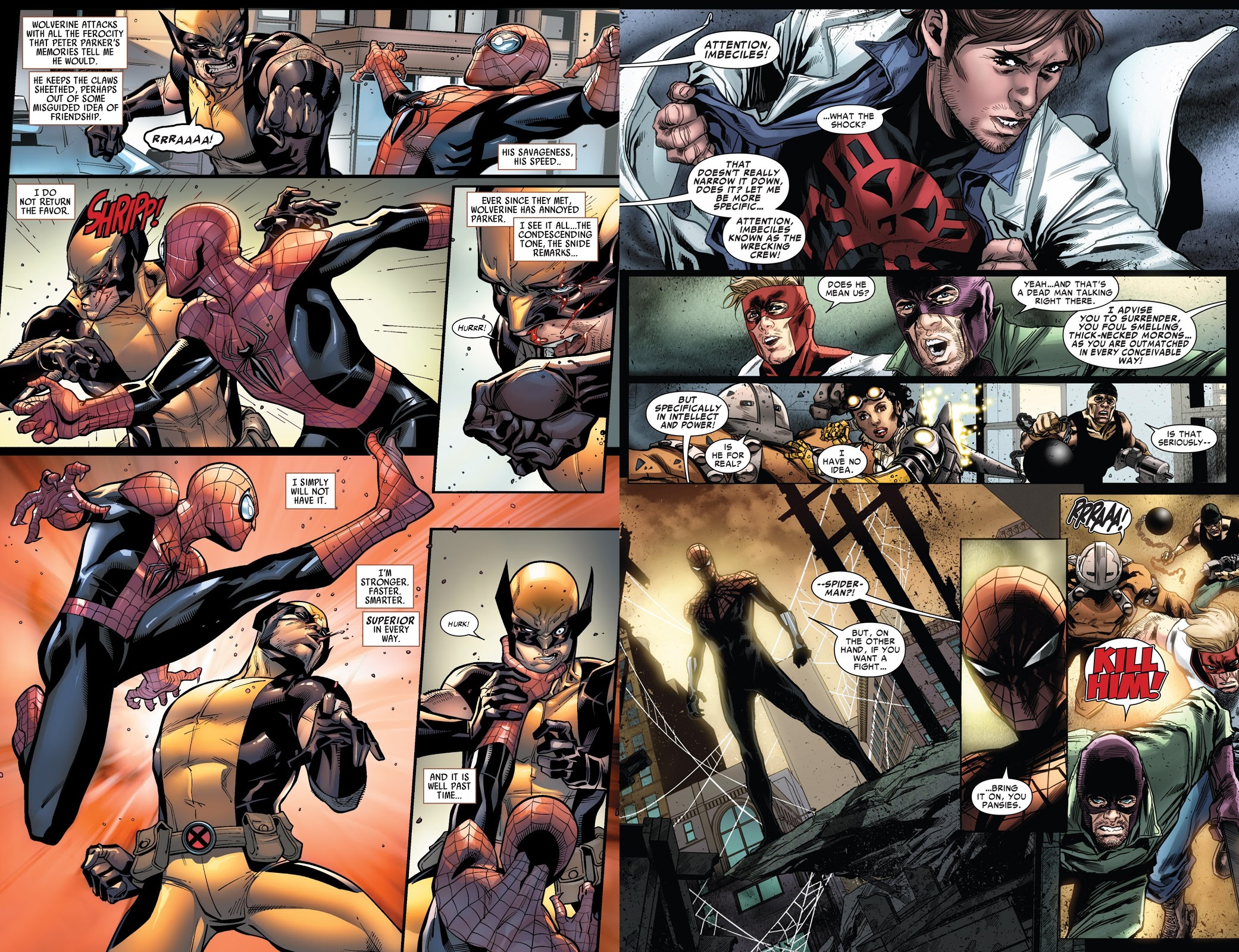 Superiority Complex picks up very shortly after Doctor Octopus has displaced Peter Parker’s consciousness to become Spider-Man, and Chris Yost makes a sprightly start with Otto Octavius examining what he now is, and what he previously was. He’s confronted by his former self as he visits one of his old hideouts, setting off the defences, during which Yost provides an interesting self-evaluation as Octavius sees himself through other eyes. Because it’s a good story, it’s nice to have it included, but there’s no team-up aspect to it without stretching a definition and counting Octavius’ mind in Spider-Man’s body.

Yost defines what was, on publication, a new Spider-Man extremely well, filling the narrative captions with arrogance, belligerence and ego, and bouncing Octavius/Spider-Man off characters with attitudes not too far removed, such as Wolverine and Thor. If there’s a need to establish the new way of things, Spider-Man dealing with Wolverine extremely effectively does the job. As amusing as Octavius’ superior attitude is, Yost ensures that perspectives change as Spider-Man learns just why the heroes he’s teamed with are held in such high regard. Also keeping the stories fresh is the choice of guest stars not just being headliners. In addition to the X-Men and Thor, we meet the eccentric genius level children then being trained by Reed Richards, and 1990s short-lived demon fighter Sleepwalker.

Paco Medina and Marco Checchetto share the art duties, both of them very good at fast paced action and accentuating the right moments for maximum dynamic impact. Checchetto is stretched a little further by virtue of working on stories requiring less definitive threats, but comes up trumps with other-dimensional monsters and the impact of amplified lightning.

Because the Superior Spider-Man is now in the past is no reason to ignore what are fun superhero stories, which continue with Friendly Fire. 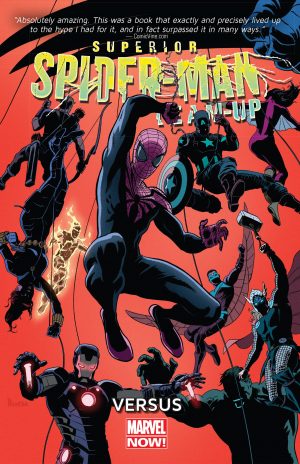