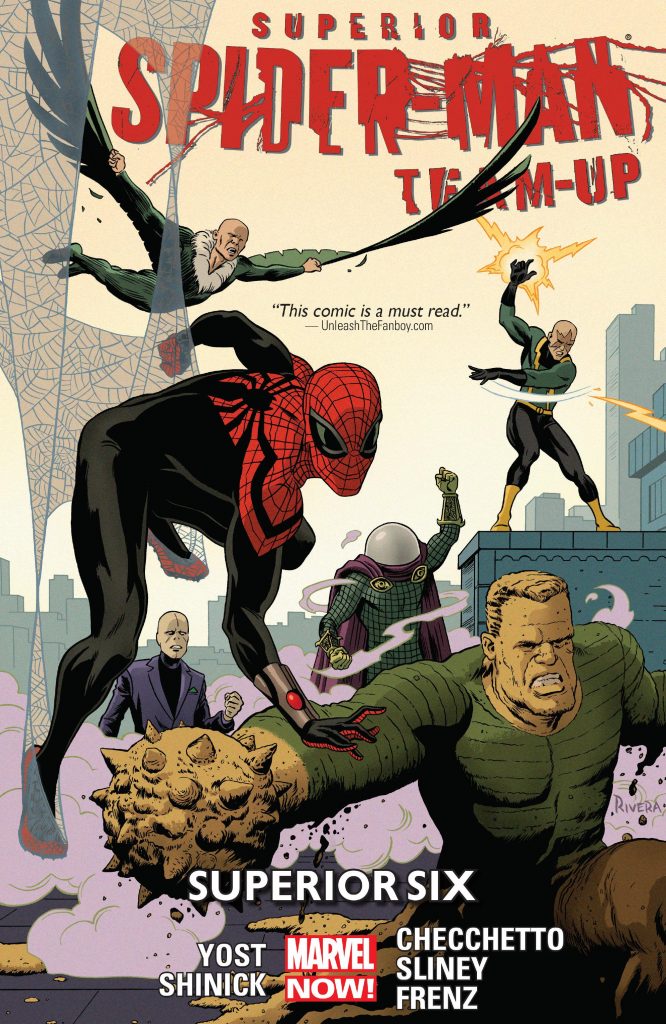 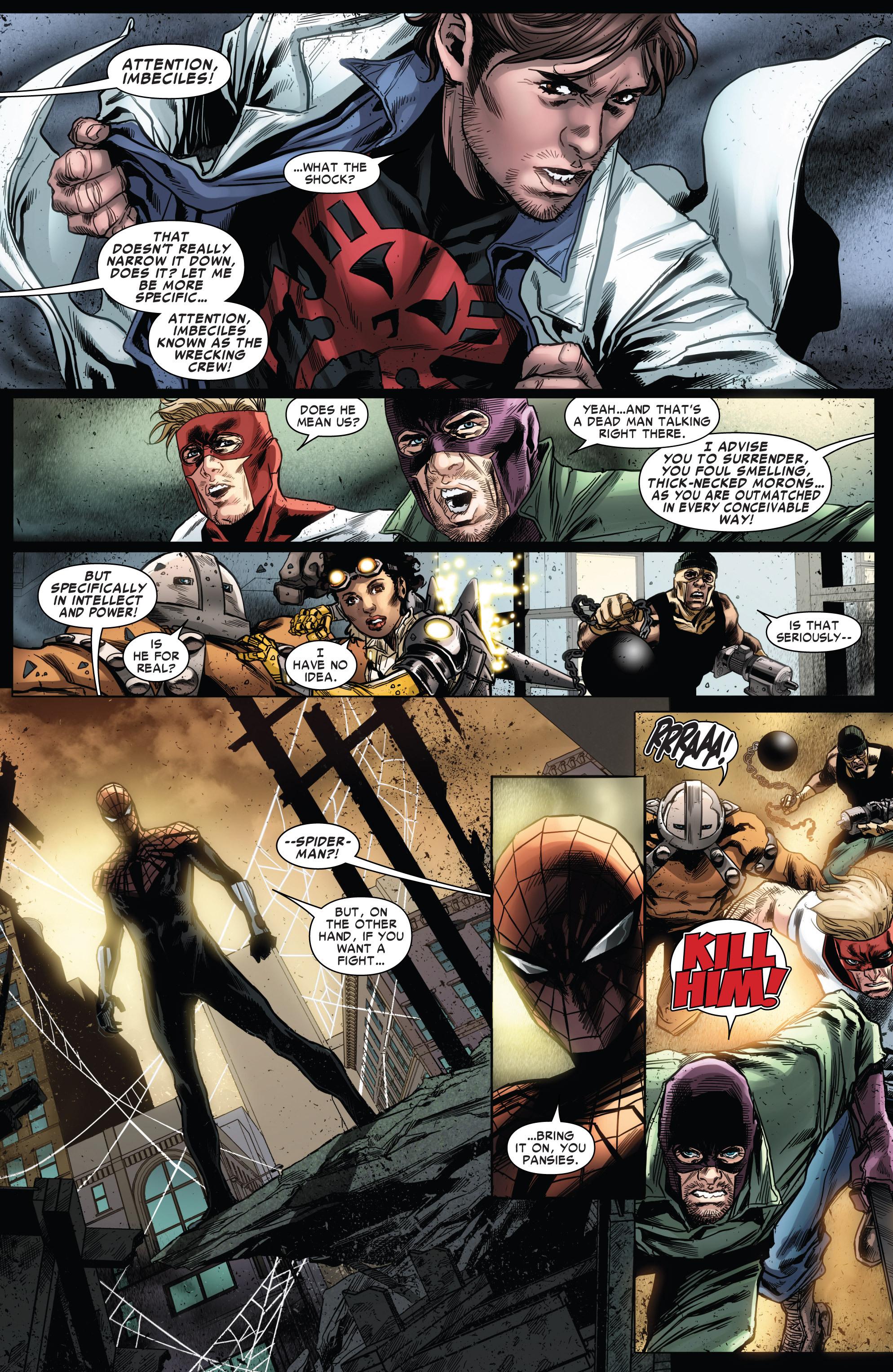 Flying in the face of expectation when it was announced that Peter Parker as Spider-Man was to be taken over by Doctor Octopus, pretty well everything associated with Superior Spider-Man was at the very least fun. Versus was a rare dud in the franchise, not offering much in the way of fun, or indeed team-ups. Superior Six rectifies that to some degree.

As part of his attempts to cement himself as a superior Spider-Man, Doc Ock has captured his former villainous allies from the Sinister Six, fitted them with a form of mind control device, and intends that they accompany him into action, presenting as reformed. When they’re not being controlled they’re kept in confinement and able to rage at Spider-Man. The nice element of Chris Yost’s plot is that everyone other than the supremely arrogant Doc Ock will be able to predict exactly what’s going to go wrong with that plan, and part of the enjoyment is anticipating it happening. Yost complicates the plot by throwing in some more villains, but, to be pedantic, it barely qualifies as a team-up story in the traditional sense. It is fun, with Yost clever at dialogue from characters unknowingly reflecting the truth.

Yost continues that in the following story, pitting hubris against arrogance as Spider-Man meets the only hero more egotistical than he is, the Sub-Mariner, under attack by the forces of Wakanda. It has several brilliantly hilarious moments based on the personalities, not least Sub-Mariner’s response to a robot about to self-destruct. The only flaw is the lack of closure. Someone’s behind events, and we never find out who.

Marco Checchetto draws most of the book. He’s an efficient superhero artist, more detailed than some, but there’s never an outstanding way of looking at something that embeds in the mind. Will Sliney is more imaginative, but only draws the single chapter. Ron Frenz illustrates a story set in the past. He’s always been a chameleon of an artist, and the style of his pages morph throughout the two chapters, including some interesting layouts.

There’s a fine line between arrogance and parody, and Kevin Shinick, writer of the second longer story, doesn’t always stay above it. His dialogue also reads as if the characters are explaining themselves to an audience, and the joke references really don’t work. This team-up begins with Daredevil and the Punisher, and the sloppy dialogue is a shame because Shinick’s plot is strong, involving another old enemy of Spider-Man and one hell of a good surprise to finish the first episode. The idea of the final team-up is surprisingly obvious, but yet before Shinick it hadn’t been done, and the way it falls apart is excellent and appropriately tragic. Over this section the dialogue and narrative captions work as intended as well.

Add everything together, and this is a far better book than Versus. Not only does it not let the Superior Spider-Man franchise down, it enhances with entertaining work and some background information that feeds nicely into Superior Spider-Man: Goblin Nation.