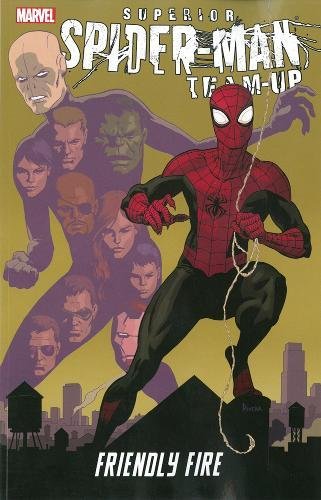 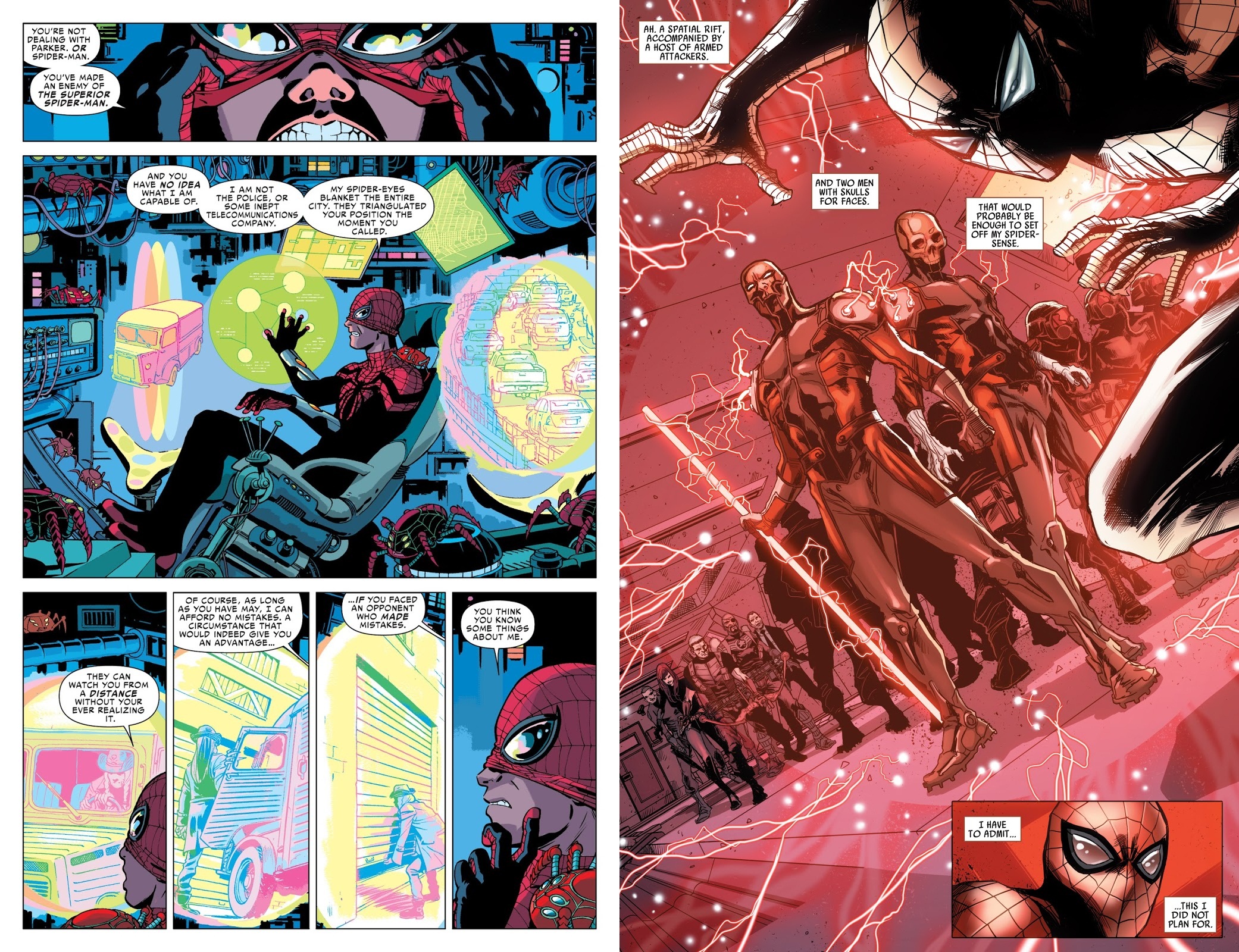 During the entire Superior Spider-Man run, the body of Spider-Man is possessed by the spirit of Doctor Octopus, who’s determined to expand Spider-Man’s operations and capabilities to prove he is the superior version. As part of this plan he’s been gathering his former criminal allies in the Sinister Six and imprisoning them, as seen in Superiority Complex. The reasons for this aren’t entirely revealed until the collection after next, Superior Six, but in Friendly Fire the task continues as he brings in Chameleon and Mysterio.

It’s not without complications, because not only is Chameleon in S.H.I.E.L.D. custody, there are some very well equipped Russian agents prepared to risk infiltrating S.H.I.E.L.D’s headquarters to get to him. That was pretty well Spider-Man’s plan, but among the protections on board is the Hulk. Mysterio is also a target for someone else, this time the Punisher, and one of the joys of Chris Yost’s writing is how characters approach Spider-Man with certain expectations, only to be confronted with the new version and confounded. Before any of that, however, as was the case in the previous book, we begin with a story lacking a team-up as we’re very graphically shown by Christos Gage and Javier Rodriguez what happens to any villain who dares threaten Peter Parker’s elderly Aunt May. It’s chilling, the tension generated by what will happen when Spider-Man catches Blackout, rather than any danger.

There’s an elegance about Rodriguez’s layouts (sample art left) that makes his art the most appealing in the collection, but that will be personal choice, as all the art is good, just adopting different approaches. Chris Samnee is a consummate storyteller and a tidy draftsman, Marco Checchetto (sample art right) has a ball with an oversized Hulk, and David Lopez is good with Mysterio’s illusions.

Unfortunately, this collection misses real cohesion. Marvel would have been better packaging the three Yost chapters with the previous book, and forgetting about the rest. The Blackout story also appears in the Superior Venom collection, and while Mark Waid’s teaming of Spider-Man with Daredvil is fun when read as part of Daredevil by Mark Waid Volume 5, it’s too dependent on Daredevil’s continuity. Too many elements aren’t resolved, which is unsatisfying. It all leaves Friendly Fire as a book worth picking up if cheap, but not at anywhere near list price. Yost’s Superior Spider-Man Team-Up work continues in Versus. 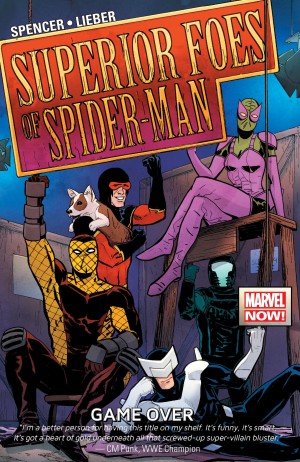