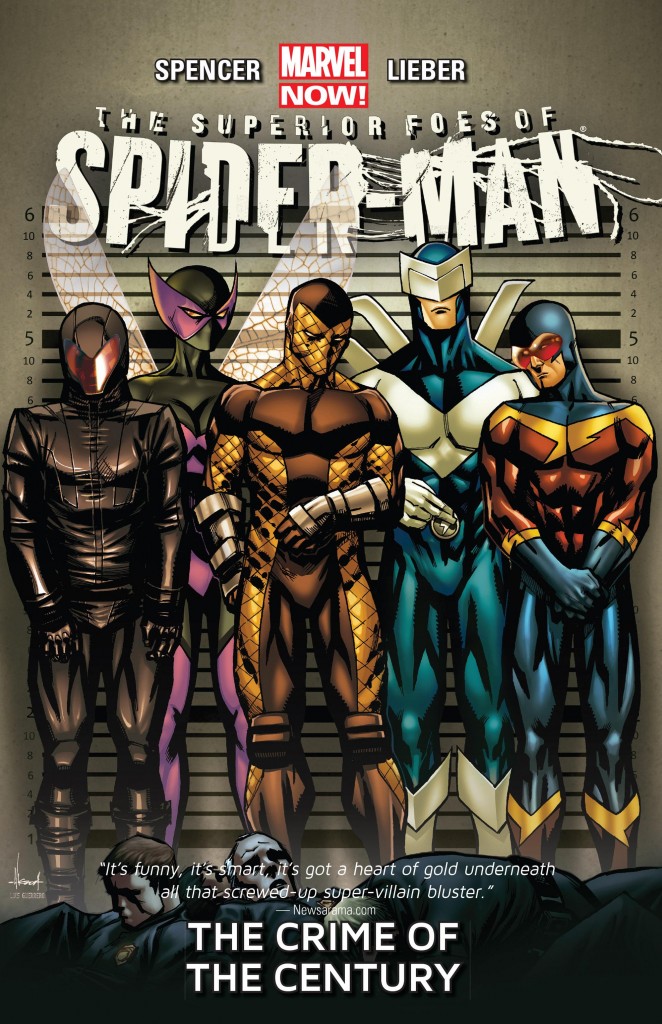 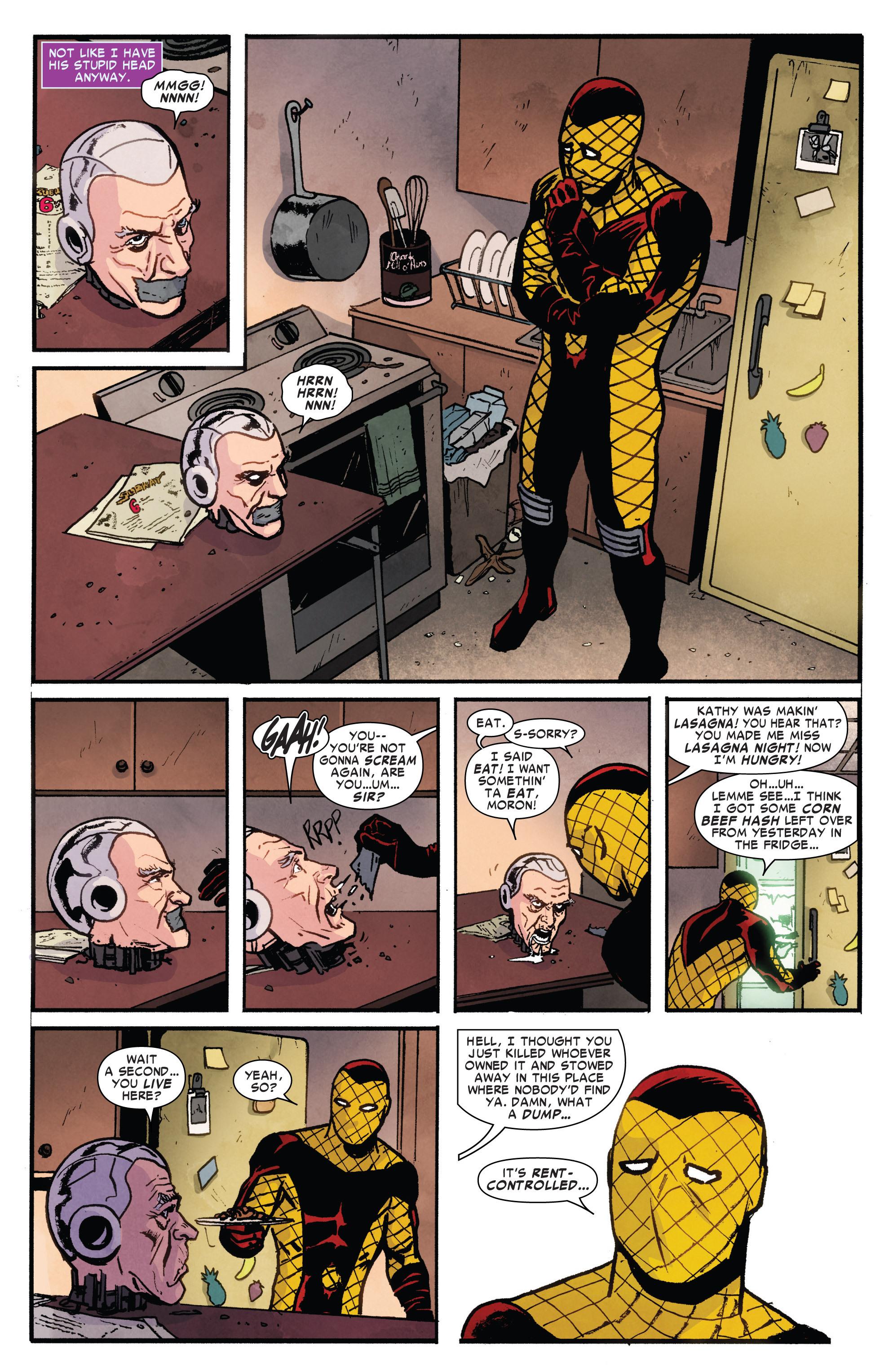 The beauty of this series about hot crook on crook action is that this selection of daft Spider-Man villains are so incompetent, so stupid and so deceitful they don’t even need the heroes to come along and screw up their caper. They’re doing just fine with that themselves. The only person given a starring role who’s displayed a modicum of planning ability and caution is Beetle, and as revealed at the conclusion to Getting the Band Back Together, there’s possibly a hereditary reason. That’s coupled with ambition, and in an opening chapter well illustrated by guest artist Rich Ellis, Nick Spencer provides a backstory for Janice Lincoln. She’s certainly smarter than the idiots she’s been hanging around with, so the question becomes why she does so.

Meanwhile her erstwhile boss Boomerang is having a wild day. It’s not every twenty four hours that begins with his head down a toilet, continues with the loss of a fortune and ends with the girl of his dreams not walking out at the revelation that he’s a super villain. Talking of which, Spencer keeps throwing more of them into the pages, not all of them as goofy and ridiculous as the main crew – one, in fact, a major threat – and all the while twists the plot into knots. This is in no small part because Boomerang may be an idiot, but when it comes to conceiving a credible story to set his enemies against each other he has near genius levels of inspiration.

It may or may not be Spencer providing the visual gags, but Steve Lieber carries them off perfectly. Ever wanted to see the Owl deep frying a rat? Here’s the place. The credits for this collection could be interpreted as Lieber having a form of plot input, and just how important Lieber is to the series is emphasised when a number of other artists illustrate brief interludes. Spencer writes one in his usual fashion, and James Asmus, Elliott Kalan and Tom Peyer the remainder taking their lead from Spencer, but the artists all use their own styles. While Siya Oum is especially noteworthy, none of them can sell the comedy like Lieber can by playing it straight. Will Sliney comes the nearest.

Everything’s chugging along nicely until the final two episodes, or two fifths of the book. These have the definite whiff of marking time, and the constant changing creative teams and subsequent lack of consistency make this a weaker volume than the first. Spencer and Lieber are fully back in the saddle for Game Over, and that’s a return to form. Alternatively the entire three volumes can be purchased as the oversized hardcover Superior Foes of Spider-Man Omnibus.