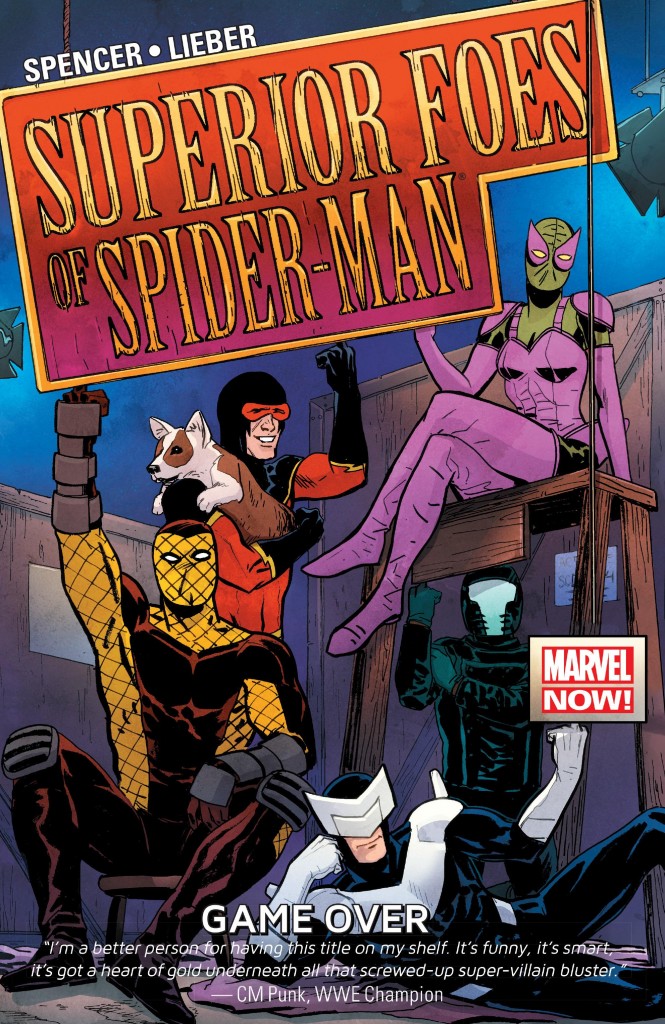 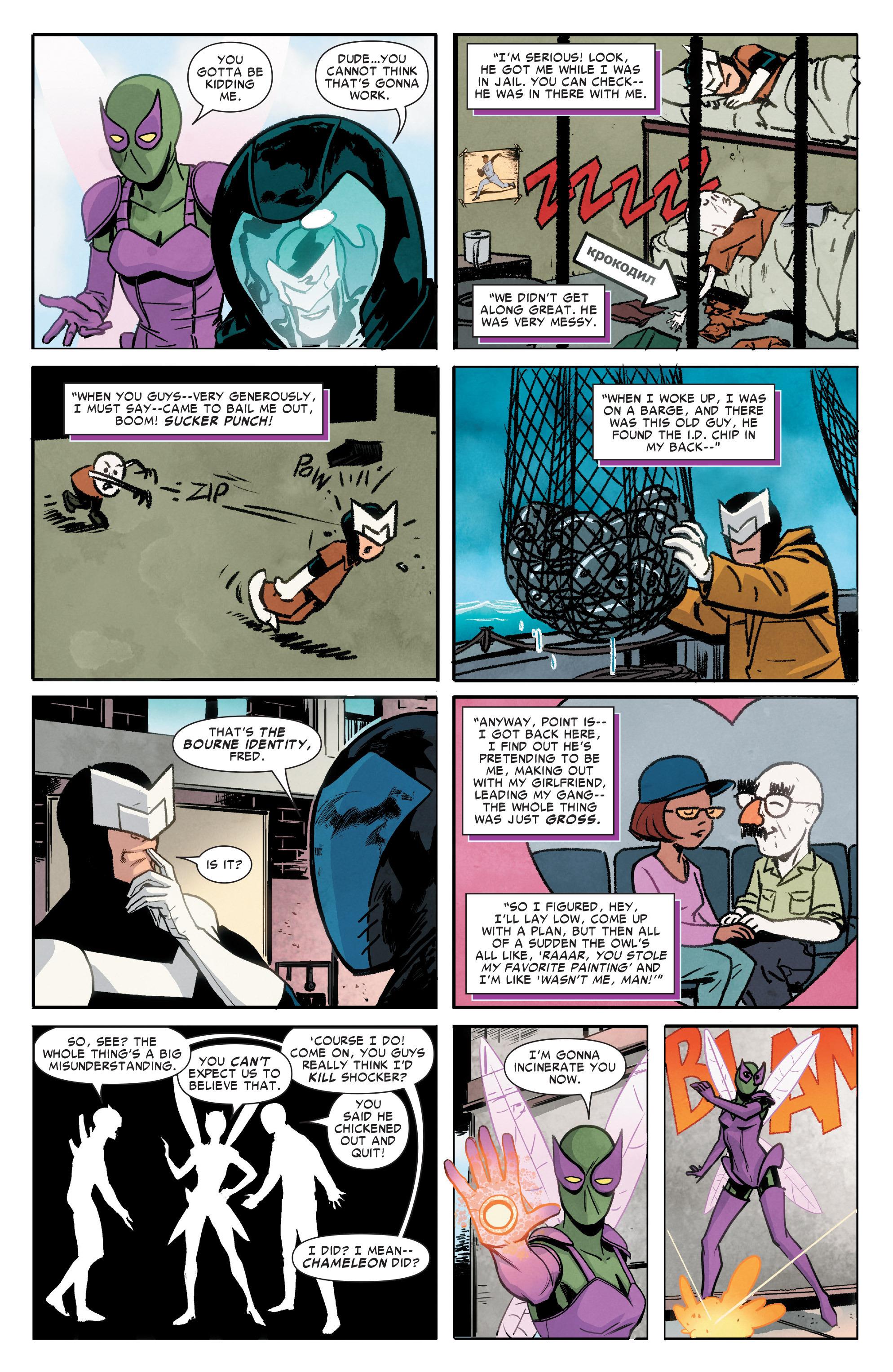 Boy, pick this up without having read The Crime of the Century and you’re going to be confused. Spider-Man villain Boomerang has been ousted by his Sinister Six colleagues after leaving them to be captured on a failed caper. He’s since attempted to kill the Shocker. The job was allegedly to steal the cybernetic head of villain Silvermane from ganglord the Owl, but instead a portrait showing Doctor Doom’s true face was stolen along with considerable amounts of cash. Boomerang never intended to split the proceeds with his former colleagues because he owed master of disguise the Chameleon even more money. As Game Over begins he’s managed to set the Owl against the Chameleon, and has reunited with some of the Sinister Six, but doesn’t realise the Shocker survived his murder attempt and now has the head of Silvermane.

Does that all sound completely nuts? It is, and that’s the charm of Nick Spencer and Steve Lieber, the A-list creative team responsible for the entire content of this graphic novel. Boomerang’s lies are credible because he’s able to convince people that the Chameleon has been masquerading as him to sow discord, and so the plot becomes ever more convoluted. The manner in which one character’s lies ripple out to create a world of total and hilarious chaos is beautifully plotted by Spencer.

Lieber is equally brilliant. The majority of the book is illustrated in his usual compact method with 10% added grit, but he’ll occasionally drop into symbolism or mini-Marvel versions of the cast in flashbacks. These are the only moments when he doesn’t treat the art as if he’s telling a completely serious story, and it’s all the funnier for that. Whether Spencer or Lieber or both are responsible for some of the visual gags, they’re great. Silvermane in Kiss disguise, for instance.

As if the villains to date haven’t been enough, Spencer and Lieber keep throwing in more of Spider-Man’s villains, the more ridiculous the better, avoiding only the A-listers like the Green Goblin and Venom and any members of the first Sinister Six iteration. They pile up in preposterous situations as Spencer gradually dilutes his plot down to a mass brawl involving pretty well everyone working at a slightly higher level than thug for hire, then delivers a brilliantly set up escape. The final chapter pulls back the curtain just so we can admire how smoothly it’s all been slipped under our eyes before delivering a heartbreaking conclusion that underlines how well Spencer’s been writing. You’ll actually feel sorry for Boomerang. Before that, if you’ve not laughed out loud several times visit the doctor.

If this consistently audacious series had to be cancelled, then Game Over, a title with a double meaning, ensures it departs on a high. It’s worth the price, or alternatively pick up the entire series in one oversize hardcover as The Superior Foes of Spider-Man Omnibus. 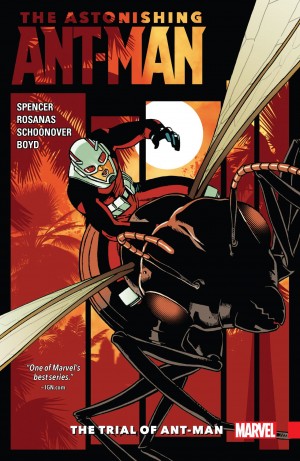