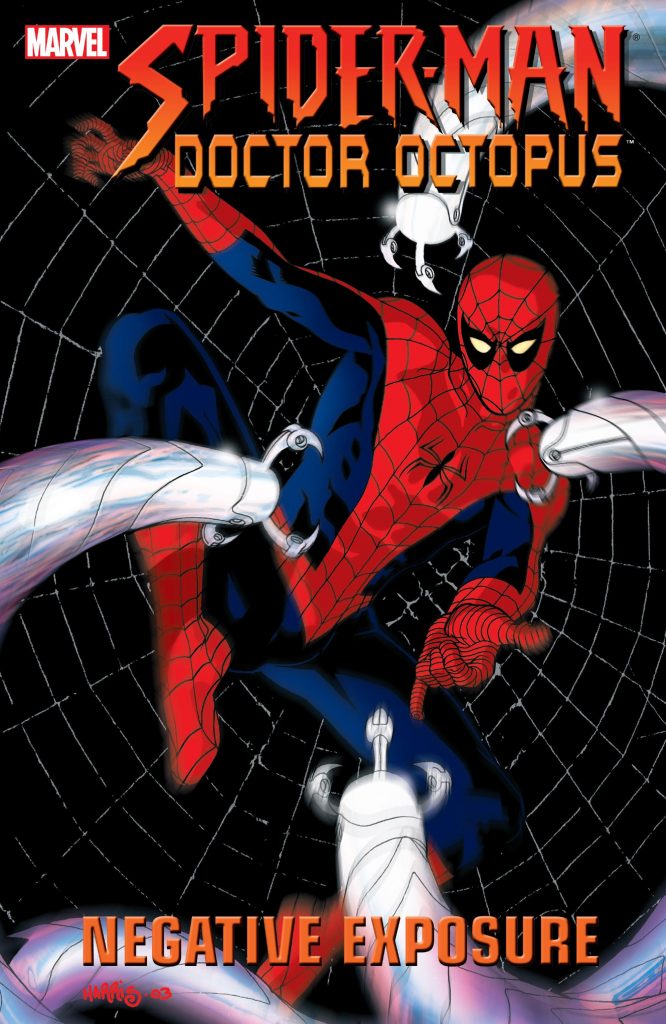 Negative Exposure is a clever title for a story that doesn’t confirm to expectation. Spider-Man features, and so does Doctor Octopus, along with a couple of other regular Spidey foes, but the central character is Jeffrey Haight, Daily Bugle staff photographer. He’s diligent, dedicated and knows his craft, yet his pictures rarely feature on the front page, often displaced by those taken by college student Peter Parker. Haight can’t figure it out. Parker knows little about photography, hardly seems passionate, yet time and again manages spectacular photographs of Spider-Man in action. It leaves Haight a very frustrated man, one who’s ripe for exploitation by a manipulative villain like, say, Doctor Octopus.

Brian K. Vaughan paints a convincing picture of someone with a prize dangled in front them willing to sacrifice their integrity and to delude themselves about the reasons for doing so. All his stories have a strong human aspect, and Haight was his way into an assignment that later work appears to suggest didn’t interest him greatly. He’s nevertheless professional, highlights being Spider-Man’s quipping dialogue and Doctor Octopus’ self-serving character.

As Negative Exposure was published in 2005, Staz Johnson draws the modified movie version of Doc Ock, so no pudding-bowl haircut and the smaller, better designed specs. Johnson’s thorough and professional in rolling out the plot, while still managing to include some all-action pin-up pages, which is surely what we want from a Spider-Man graphic novel.

Vaughan is equally professional. Some aspects of his plot are predictable, others well set-up via implanted clues. Rather puzzlingly, it made IGN’s 2012 list of the 25 Greatest Spider-Man Stories. It’s good and diverting, but not to that level.