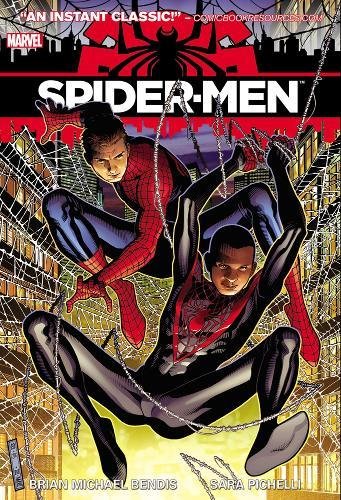 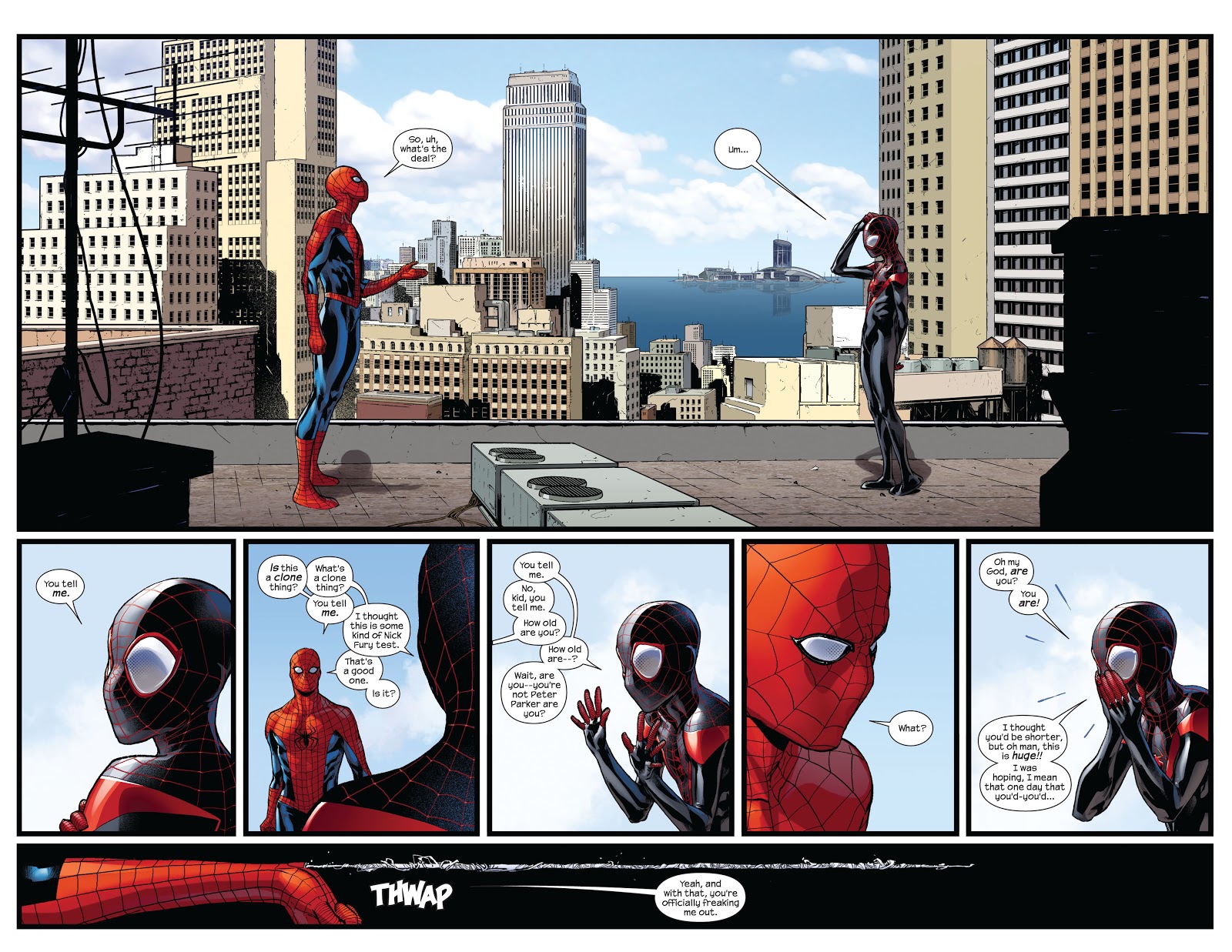 One of the sustained clichés of superhero comics is that whenever two heroes unfamiliar with each other meet, they fight, due to a misunderstanding. Brian Michael Bendis doesn’t depart from formula, but his staged variation is great. It explains the difference between the two Spider-Men, and the dialogue works well because on Miles Morales’ Earth everyone knows Parker was once Spider-Man and now dead. So if you’re Peter Parker and you end up on that Earth, what would you do?

Bendis has been writing one Spider-Man or another long enough that he has the history down, and from the start of his career the snappy dialogue has been a strength. Add to that a great way with some pathos, a wonderful awareness of how to lead into a surprise as the page turns and the fantastic art of Sara Pichelli and this is one gem of a graphic novel. You’ll laugh, you’ll fight back the tears and you’ll be thrilled. While Bendis is excellent, a lot of the congratulations should swing in Pichelli’s direction. The story requires some emotional subtlety as fighting super villains is low on the agenda, although it’s there, especially in a slam-bang finale, but exploring a new world is higher priority. Parker goes all the way through the emotional mill, accompanied by an oblivious Morales, more concerned with the tech. Pichelli delivers exactly the right expressions and postures.

Spider-Men should be prescribed as an anti-depressant. After reading it you’ll let out a sigh of contentment and feel great. Spider-Men II followed three years later. This is also available in the Miles Morales Ultimate Spider-Man Omnibus.