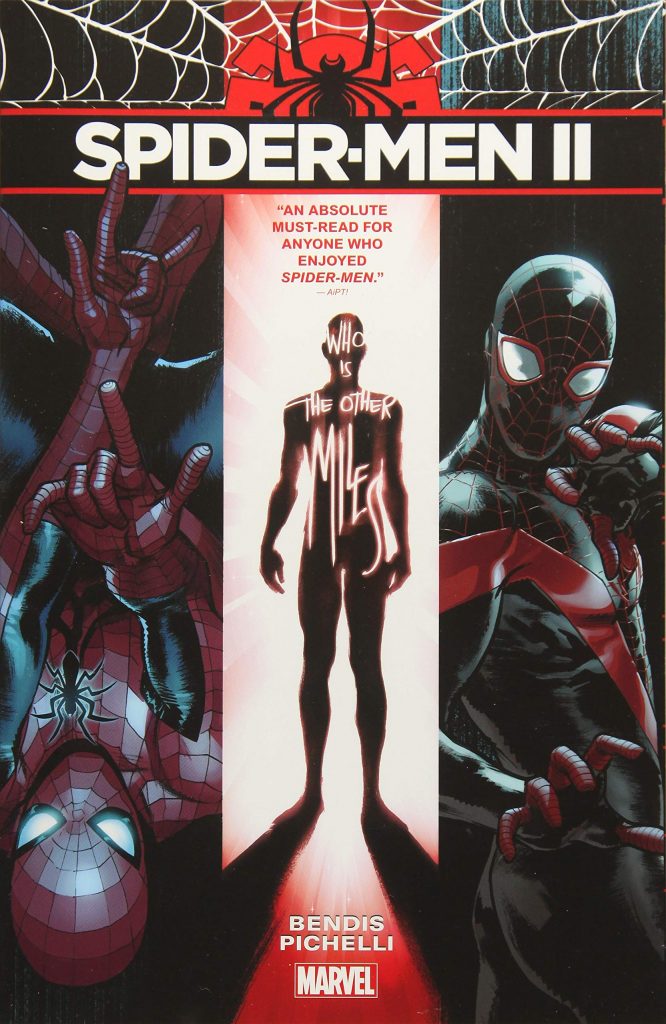 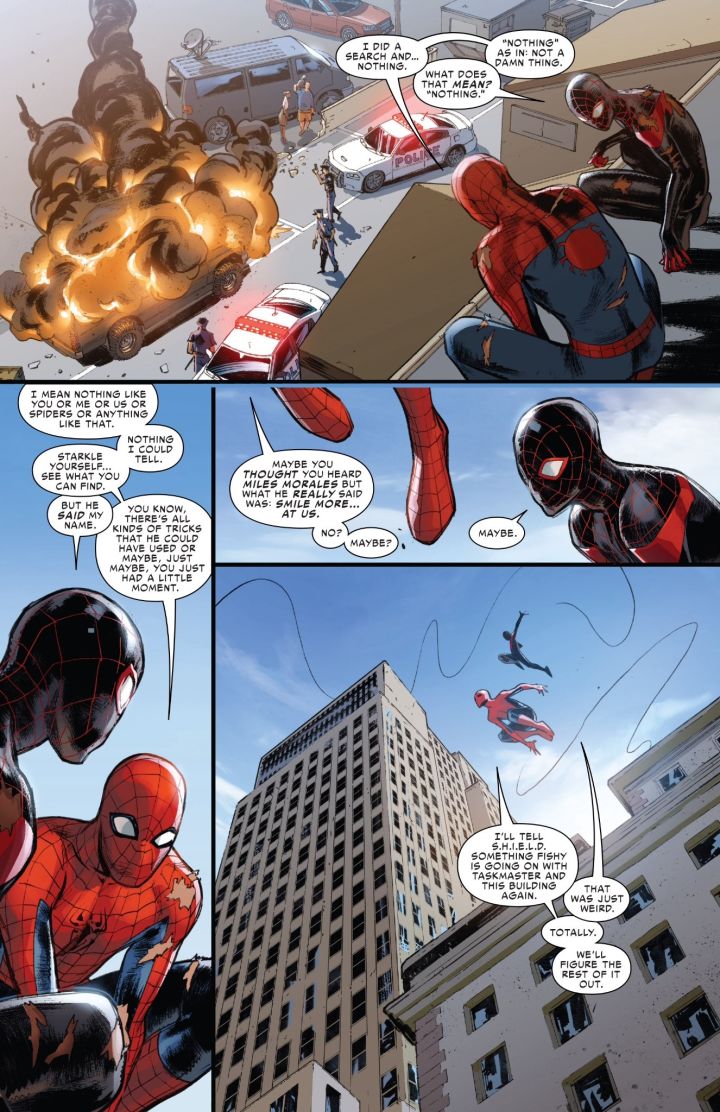 The first Spider-Men graphic novel was an absolute gem, and Spider-Men II gets off to a good start by ensuring it’s the same creative pairing of Brian Michael Bendis and Sara Pichelli on board. Can lightning strike twice?

In that first story Peter Parker was transported to the Earth where the younger Miles Morales is Spider-Man. It ended with Parker back home and checking up on the Miles Morales of his Earth. Since then their respective worlds smushed together.

What distinguished the first Spider-Men was the novelty of exploring a new world and the largely joyful and uplifting tone, although the full range of emotions were applied. The novelty of a new world is absent, and so are both Spider-Men for much of the story, and what Bendis replaces that with is intriguing, but not compelling. There is another Miles Morales, an adult who’s lived a life and has influential and dangerous friends. We see that life and those friends, and it’s all rather dark. There’s also a problem with the dialogue, for so long such a strength of Bendis’ writing, but here frequently rambling, the banter forced. So is the plot to some degree. The motivation hinges on the existence of other universes, and of what the future holds for Miles Morales, teenage and adult version, and by the end of the story one knows and the other doesn’t, and everything fades out rather than concludes. Perhaps aware of where things are heading, a few page before the end Bendis drops in a line of dialogue about how no-one gets closure any more. Oh. So that’s okay then.

Pichelli doesn’t seem as inspired by what she’s been given either. She’s a well above average artist, so the story looks well above average, but the first Spider-Men had one memorable page after another. This doesn’t. It’s a decent enough Spider-Man story, but comes nowhere near to matching its predecessor.