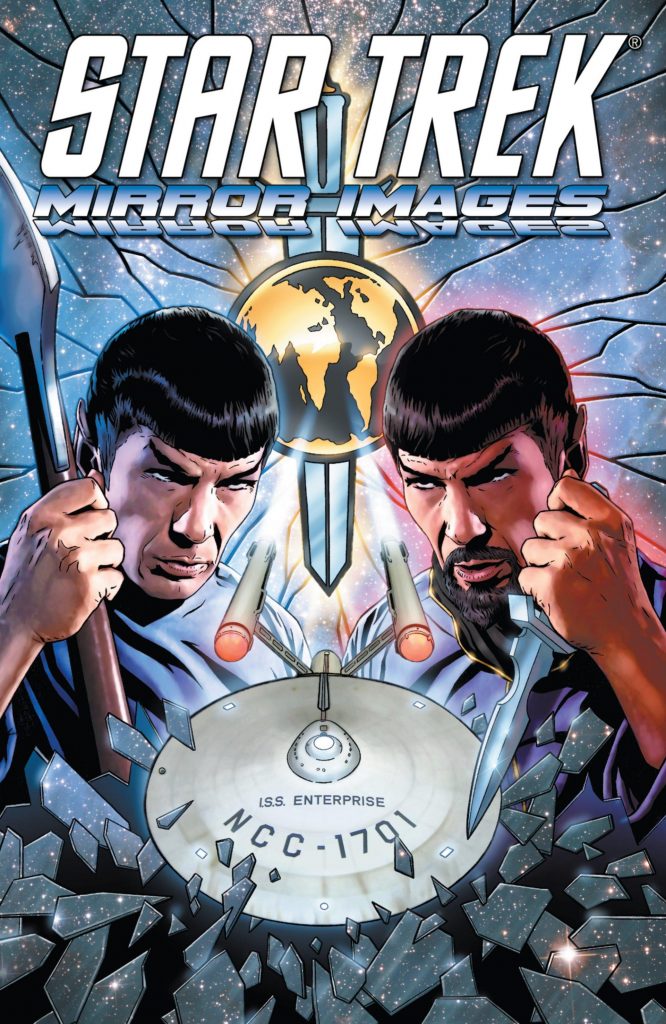 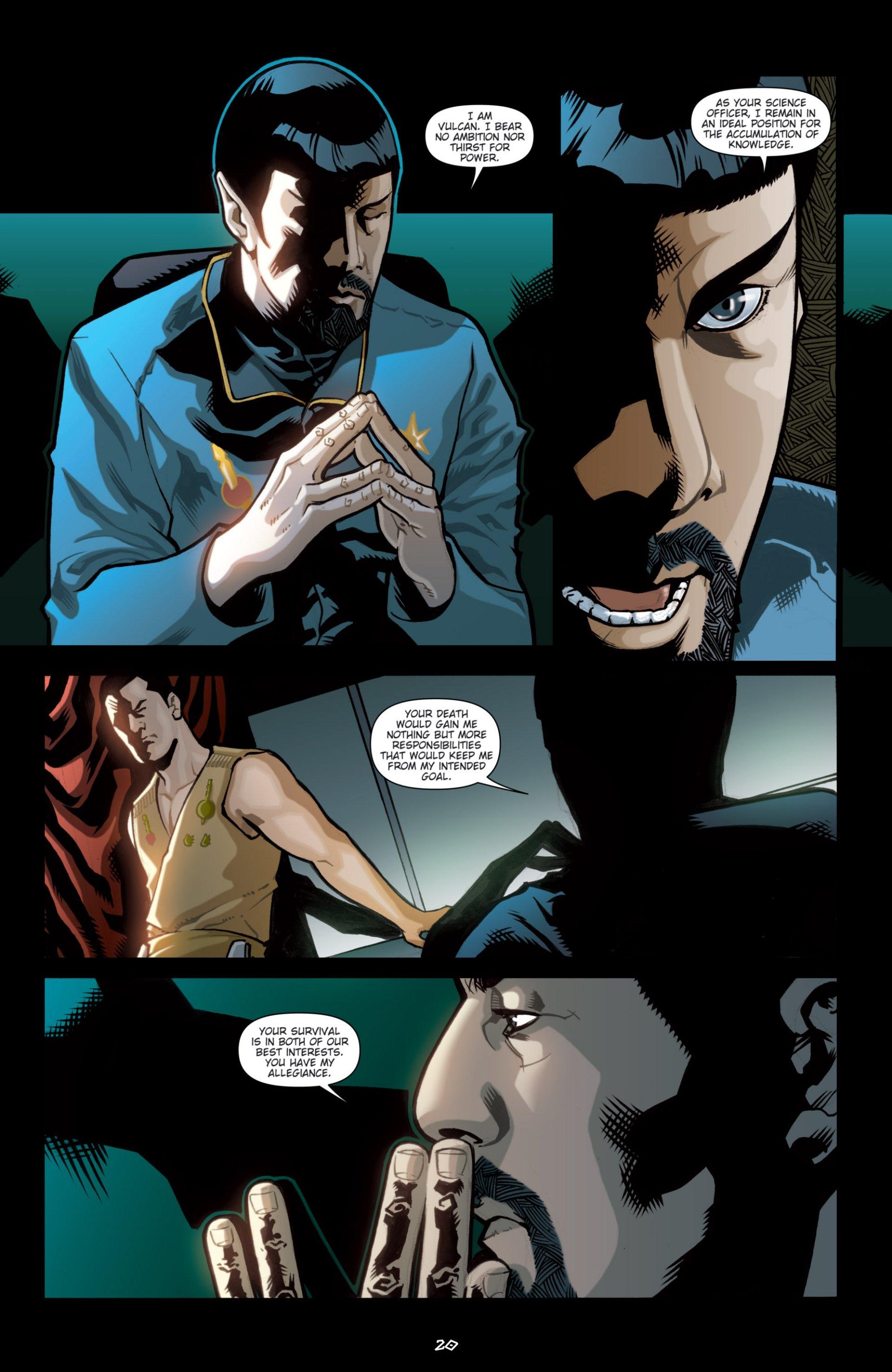 The Mirror, Mirror episode of the original 1960s Star Trek TV show introduced an alternate Enterprise crew from another universe. Far from the upstanding defenders of all that’s good on behalf of the Federation, this crew are conniving and backstabbing in pursuit of power, and the Empire they represent is ruthless rather than considerate and understanding. Mirror Images revisits that crew, but from a time before they’d met their other-dimensional counterparts. Their Enterprise is still commanded by Captain Christopher Pike, but an ambitious First Officer Kirk is attempting a coup.

Mirror Images is a strange concept, strangely told. Why did writers David and Scott Tipton consider a prequel where practically every reader has seen the TV show? The main element of suspense, whether or not Kirk’s plan will succeed, is removed at a stroke, and there’s very little attempt to run anything in parallel with it. Furthermore, at the midway point the story takes a leap into and out of the Next Generation universe, or the mirror equivalent of it. It’s a bizarre interlude that only serves to disrupt the main story further.

David Messina’s art features extremely stiff posed figures, often enveloped in shadow for no good reason, and the most basic of backgrounds along with some decidedly shaky cast likenesses. Some of these work, presumably with image manipulation involved, but when Messina is called on to illustrate the known Star Trek cast in freehand there are times you’d not recognise them were they not named in the dialogue. The art improves immensely during the middle portion of the book. Sara Pichelli is credited for assistance, but very obviously employs time well spent on background detail.

Once the action switches back to the original plot it’s a little more imaginative, although anyone who doesn’t see the big revelation in the final chapter coming a mile off has surely not ever read any fiction previously. So, largely predictable and with other IDW Star Trek products far better drawn, you’d be better off looking at one of them instead.