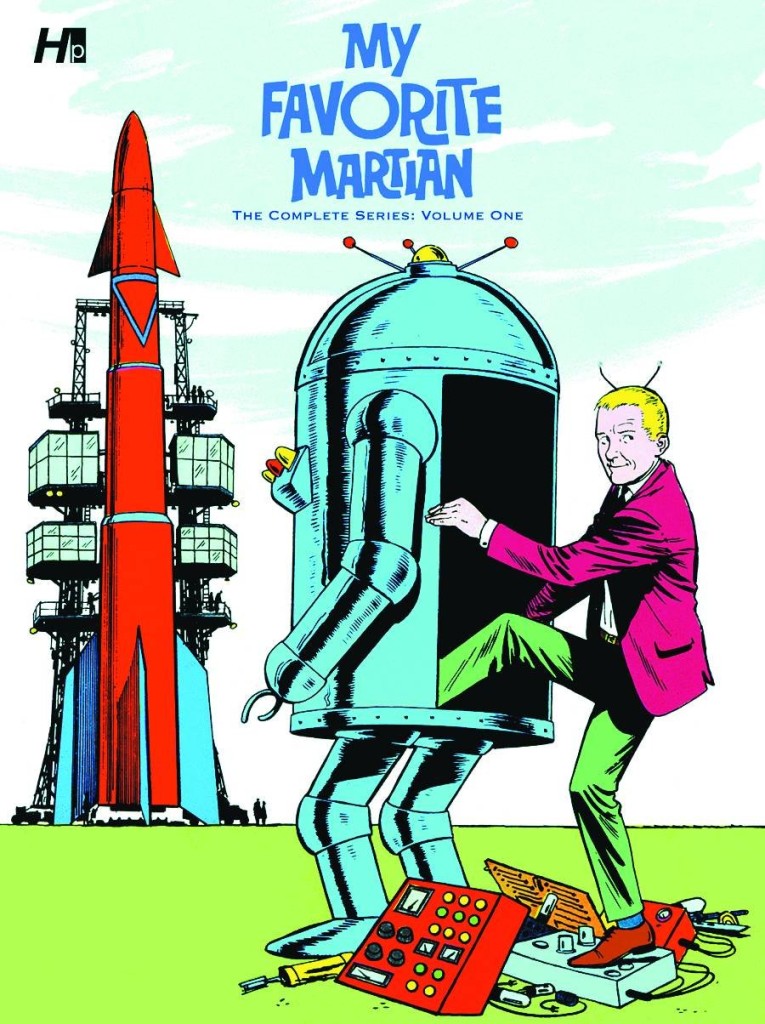 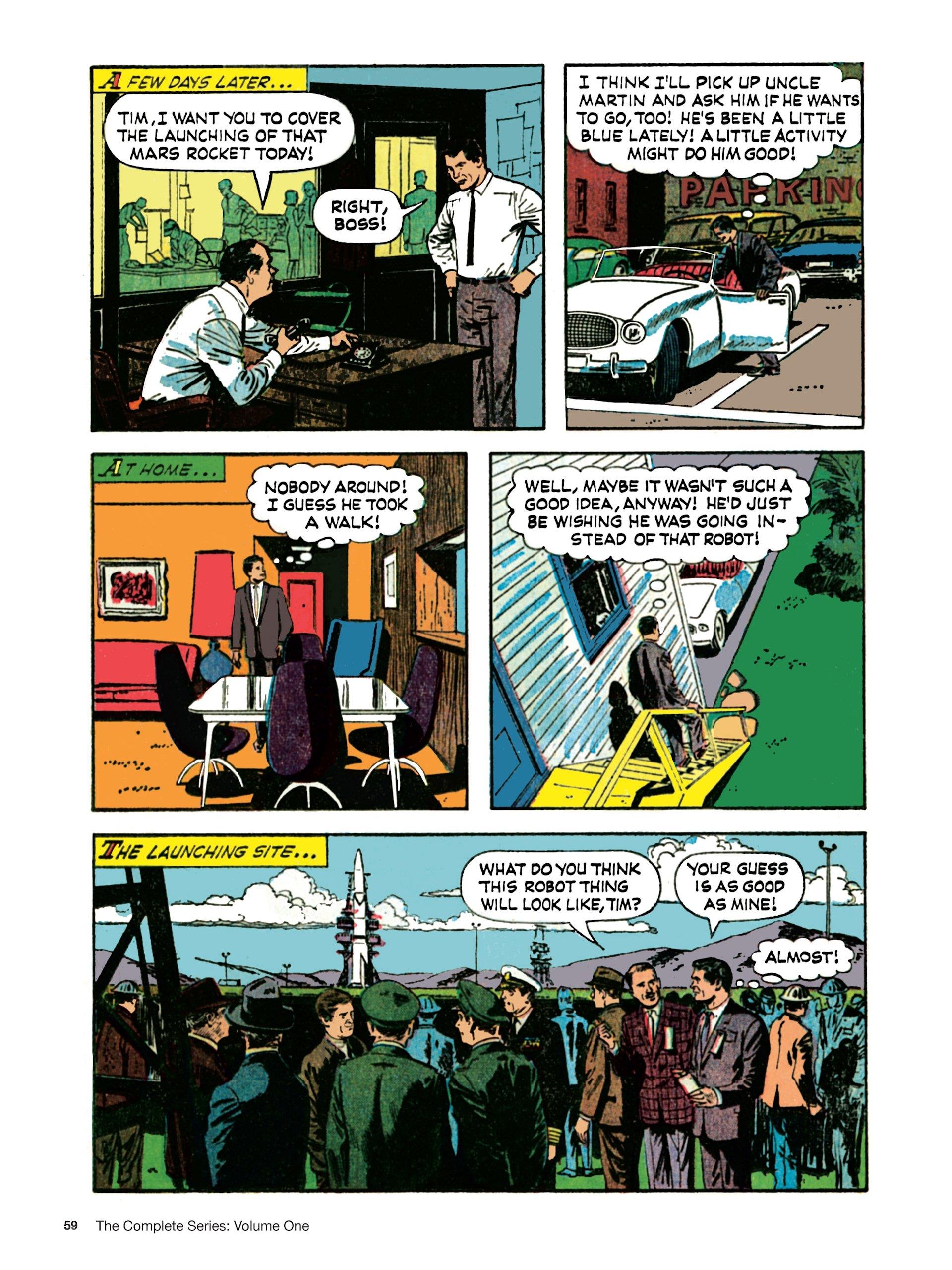 A first thought might be to question the vailidity of reprinting five issues of a comic connected to a long-forgotten TV show from the 1960s, particularly in a lavish hardcover.

The premise of the series, as detailed in the first issue reprinted, is that inquisitive journalist Tim O’Hara is late to cover the inaugural flight of the experimental X-15. He receives the brush-off when he arrives, the flight having been completed, but having experienced a strange encounter. On his way home Tim chances on a crashed spacecraft, piloted by a Martian anthropologist whose specialist sphere of study is the primitive inhabitants of Earth. He can read minds, grow antennae and turn invisible, all, of course plot conveniences. Paul S. Newman’s script matches the generally feeble confusion-based humour of the TV show, and it’s difficult to imagine anyone today finding it remotely funny. “It’s a spaceship! And a real live… er… something or other”, utters Tim arriving at the crash scene. “I happen to be a Martian. The live part I’m not too sure of”, replies the man soon to become “Uncle Martin”. Cue push of laughter soundtrack button.

A theme of the TV show, and so the comics, is the attempts of Uncle Martin to return to Mars, and once we move past the opening episode the scripts improved. Records are lost, so this may still be Newman writing, or someone else, but we’re very much dealing with farce. There’s the gorilla in the bedroom, the inconvenient locked door, and dreams that come to life.

If the scripts have dated, what about the art? The star turn is on that opening chapter, to which Russ Manning brings his impeccable polish. He’s not really trying too hard, but copes with the likenesses, and for art connoisseurs this will be the only chance to obtain a printed version beyond the rare and now expensive original comic. Dan Spiegle, whose work provides the sample image, is under-rated. Here he’s not using the looser grittier style that characterised his later work, but producing pages within the rigid editorial strictures. The less well known Sparky Moore doesn’t impress. His likenesses are traced, his comedy is as exaggerated as the dialogue and he has little facility for conveying motion.

The artist who’d draw the remainder of the series is Mike Arens, responsible for two of the issues reprinted here. He’s more generous with crowds and details, but doesn’t have the talent displayed by Manning and Spiegle.

Hermes Press have made an effort with the bonus material, providing biographies of the creators, and an introduction from Kate Walston, daughter of Ray Walston who played the Martian in the TV show. She reveals he found the attention accorded one role in a long career troublesome before eventually embracing it. There are also reproduced publicity stills, and pictures of show merchandise.

The opening thoughts are valid. This was promoted as volume one, and a second volume was all that would be required to mop up the remainder of the series, yet it never appeared, indicating how well this was received.