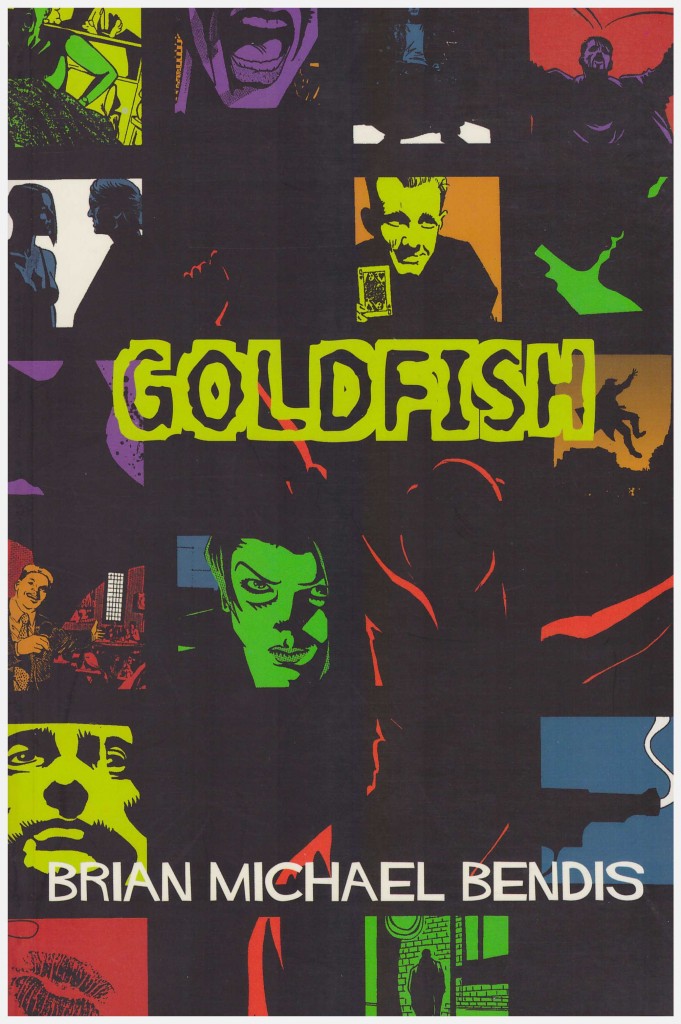 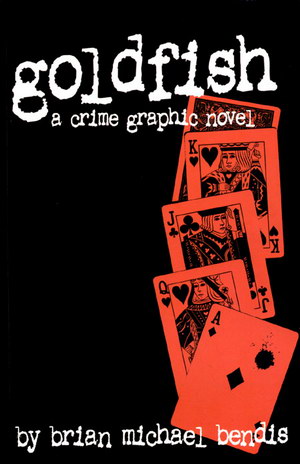 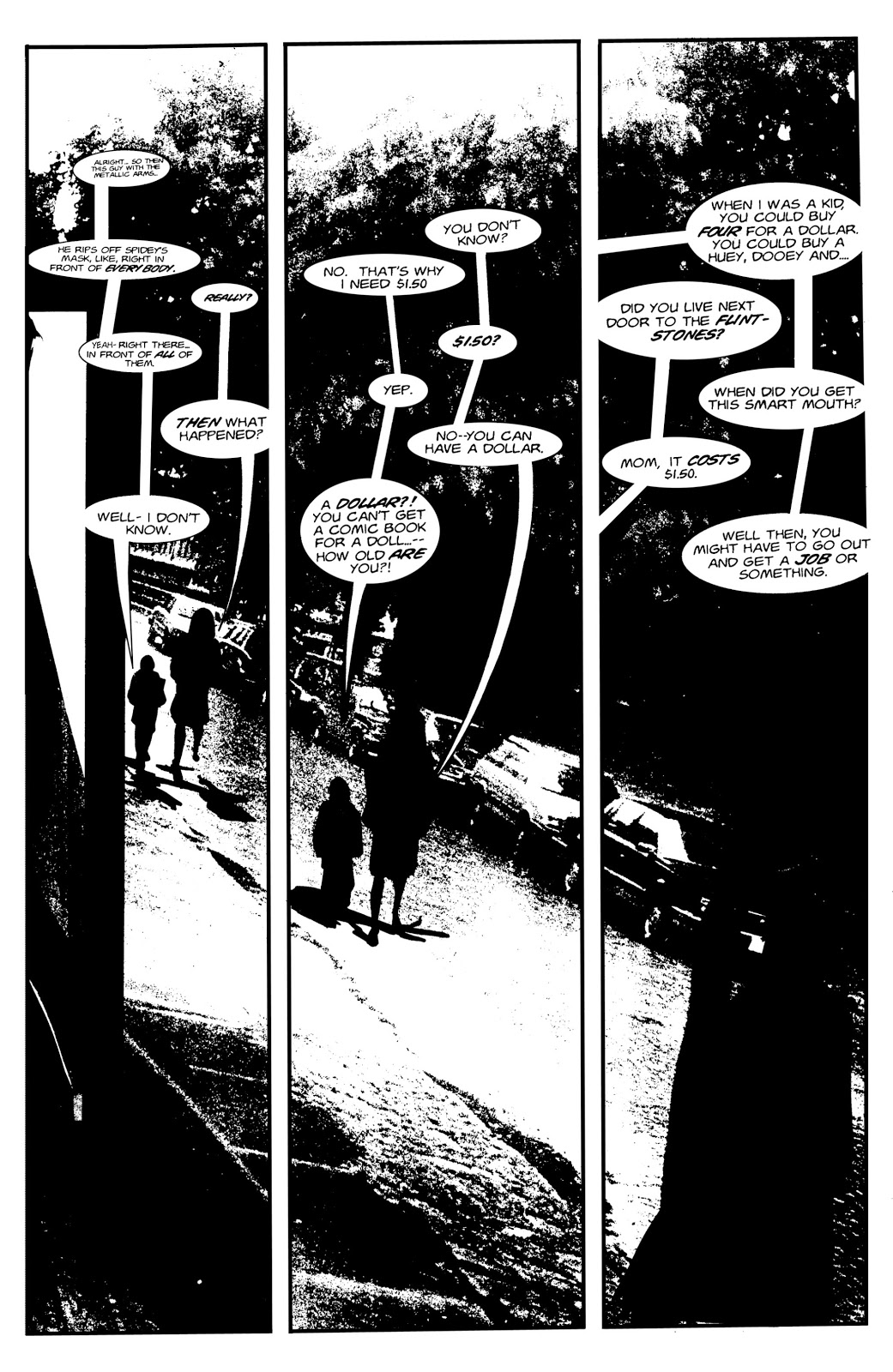 Brian Michael Bendis has for so long now been such a superb comics writer it’s almost forgotten that he started out drawing his own comics as well. Goldfish, formerly A.K.A. Goldfish, isn’t his first published work (that was Fire), but close.

Lack of confidence isn’t a trait associated with Bendis, but it’s very apparent in this art, which employs every technique possible to keep the actual freehand drawing to a minimum. Much is heavily photo-referenced, occasionally dipping into the use of actual photographs, he slathers the black ink to cover the art, repeats images, blocks figures, throws in pages of dialogue as vast slabs of text and tells as much of the story as possible in close-up. Bendis has always been heavily influenced by cinema, and nowhere is it more obvious than here with the jump-cuts and pans. It’s functional, but no more.

Yet for all that Goldfish holds the attention because it’s a well plotted crime story circumventing expectation at every turn. There’s an early indication of the quality when the protagonist, master con man David Gold, dips back into the past as Bendis relates a game of three card monte. A guy is professionally fleeced in the same scene that Gold meets his girlfriend, who’s a step ahead.

Ten years later he returns to town for what appears to be one last score in the club owned by his former girlfriend, their relationship having acrimoniously disintegrated years beforehand. Yet, as with all the best crime writing, it’s not what it appears to be. Bendis supplies Gold with, again, what appears to be an affectation, but it’s actually the core of the plot, yet even this clever reveal has another to top it.

Goldfish keeps the attention, but the window dressing is over applied. It’s as if Bendis is so pleased at mastering the formula and throwing in the anecdotes that he can’t hit the restraint button. Some characters remain ciphers, others are over-egged, but this is bravura work for a second graphic novel.

Prior to the current Icon edition there have been two previous printings at Image.