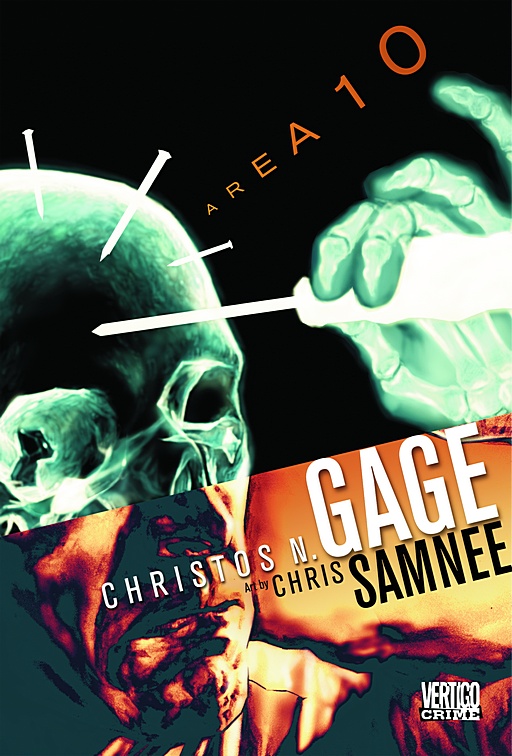 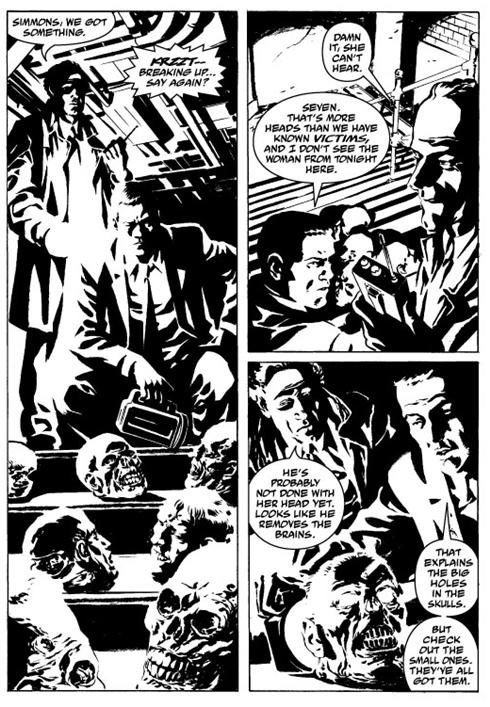 One could wonder whether writer Christos Gage based the whole story of Area 10 on the proverb “I needed that like I needed a hole in the head”, because that’s what NYPD detective Adam Kamen gets during an arrest. A screwdriver stuck in his forehead, drilling a hole into his brain. Thus begins the somewhat formulaic, yet entertaining chase for a serial killer who leaves the body of his victims intact but decamps with their head, earning him the obvious nickname of Henry the Eighth.

Area 10 is formulaic because of the clichés abounding: a cop with a tragic past who becomes a suspect in his own case, a mysterious and unstoppable serial killer, and a sympathetic young woman who’ll assist the cop when nobody believes in him. Thankfully, there are two things which distinguishes it from most cop/serial killer stories: fantasy/science-fiction elements and the art.

Are you familiar with trepanning? This ancient practice is used along with its more over-the-top theories, such as psychic abilities appearing alongside the hole. Gage manages to integrate this well with the regular job of the cop, who finds himself able to “see” possible futures. Of course, he quickly understands his injury might be linked to the murders, and it becomes more convoluted. The twists and turns from that point on are great fun, though readers should beware of grisly scenes throughout the book (there is a serial killer, after all). Kamen really is put through the wringer, the fantasy aspect of the story adding a layer of danger and suspense and allowing the artist to cut loose.

Years before his celebrated run on Daredevil, Chris Samnee offers pages with a striking balance between the blacks and the whites, modelling his characters’ faces with a few strokes and taking possession of the blank space with more white than black. The action sequences and the more eerie happenings are also beautifully staged, the dynamism of his style complementing its realism.

Thanks to his combination of twisty weirdness and eye-catching art, Area 10 remains one of the more successful titles from the short-lived Vertigo Crime label. 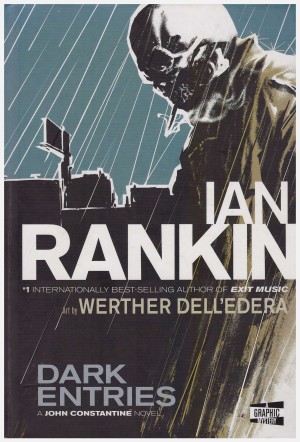