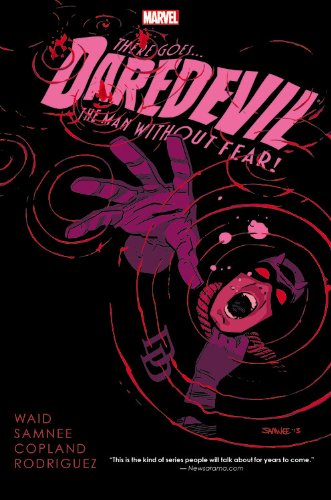 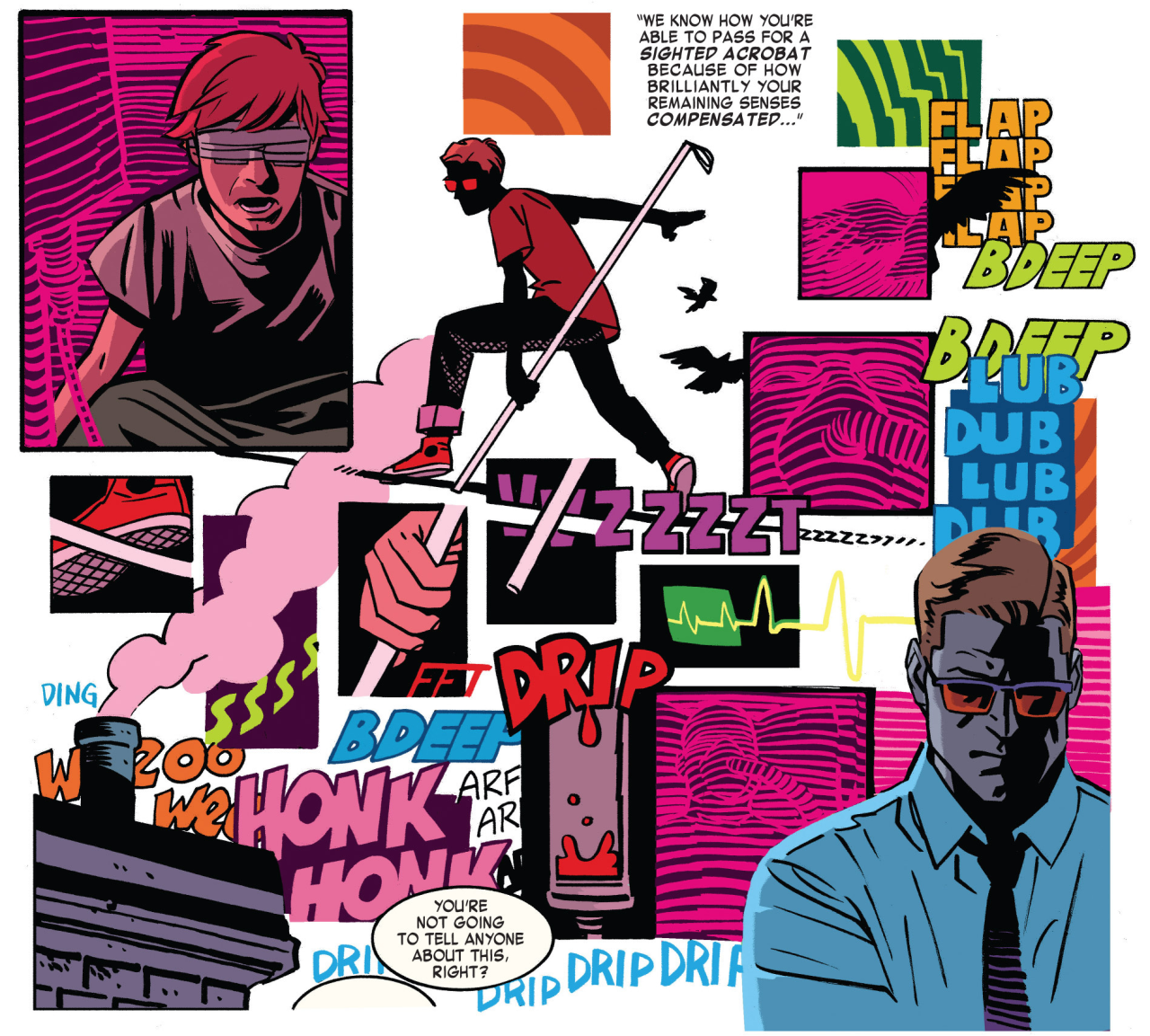 With Chris Samnee now embedded as the regular artist, and on his way to an Eisner Award for his work, this third collection of Mark Waid’s Daredevil ups the ante considerably.

It might have been thought that Matt Murdock’s circumstances couldn’t really deteriorate. At this point there’s a breach of trust between Murdock and Foggy Nelson, and that’s never mind Foggy’s condition. Further, Matt is beginning to wonder if he can trust the senses he’s so relied upon since becoming blind. Spider-Man’s certainly been convinced he needs treatment, but this isn’t Peter Parker, but the Spider-Man from the period when Dr Octopus was playing the role, so more remorseless and less easily convinced of the truth.

Once that’s cleared up, Waid starts pulling his plot threads together. Manipulation has been a key theme to his work on Daredevil, and there’s more of it before he begins to see the light at the end of the tunnel (if that’s a correct metaphor to be applied to a blind superhero). We’re presented with the most unusual Daredevil vs Bullseye battle you’re ever going to see, the return of a long dormant hate group, a villain long unseen in Daredevil, and a bravura courtroom sequence.

Waid covers all the basics well, and his greatest strength is an ability to surprise even wizened old readers of superhero comics chapter after chapter after chapter. Surely no-one will see half of what’s coming, yet it’s almost all perfectly set-up. There are a couple of mis-steps, a character presumed dead for shock value (which does feed into a bigger picture), and a humdrum encounter with Marvels horror characters. For the most part, though. the surprises continue until the end of the book, with one shocker that concludes a Daredevil series and sets up the next, also by Waid and Samnee.

Samnee combines sold storytelling with interesting layouts, relatively realistically proportioned people, and a viewpoint consistently prioritising middle distance shots enabling the cast room to breathe. It’s quite the shock, therefore when we reach the final story here and Matteo Scalera’s art on a crossover with the Hulk, then also written by Waid. It’s almost the total opposite of Samnee’s approach, with the characters tightly confined by the panels, close-ups prioritised and little subtlety. The foundations are better, but otherwise it’s very much the grimacing Image style of the mid-1990s, which is a shame as Waid concocts yet another thrill ride.

There’s also a chapter nicely illustrated by regular colourist Javier Rodriguez, and one from Jason Copland, working from layouts supplied from Samnee. Both slot far better into the tone established for Daredevil.

This has been a solidly compelling superhero series with excellent art throughout. There are deliberate tonal differences separating Waid’s run from the noir style established for Daredevil since the 1970s, but he delivers bleak moments to equal any from that period. The series is available collected both in three oversize hardcovers, or seven standard format paperbacks, volumes 6 and 7 of those combined here. All are recommended.