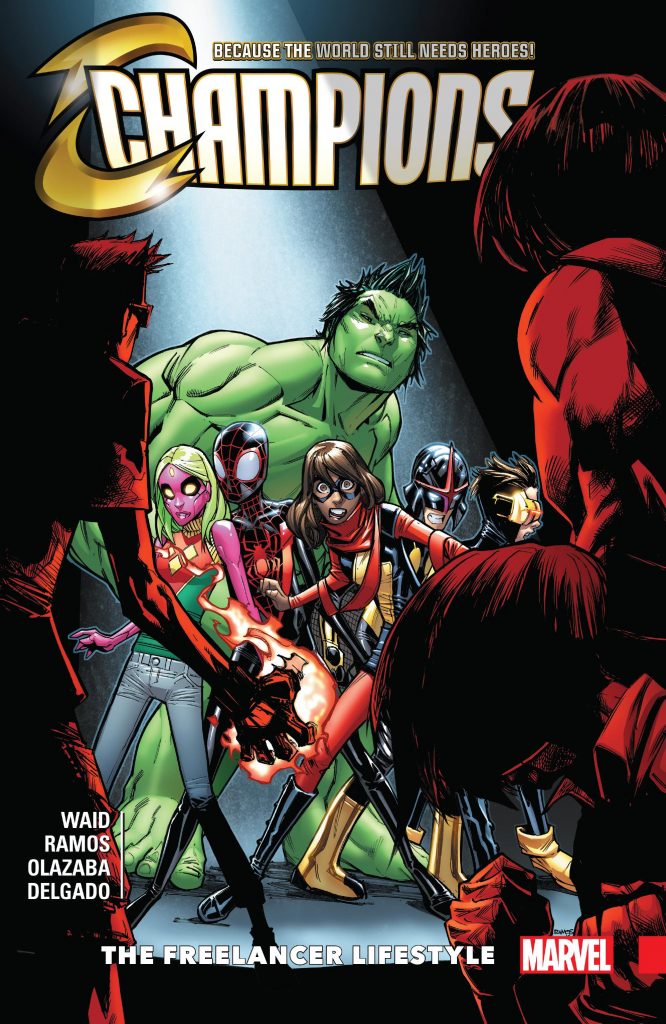 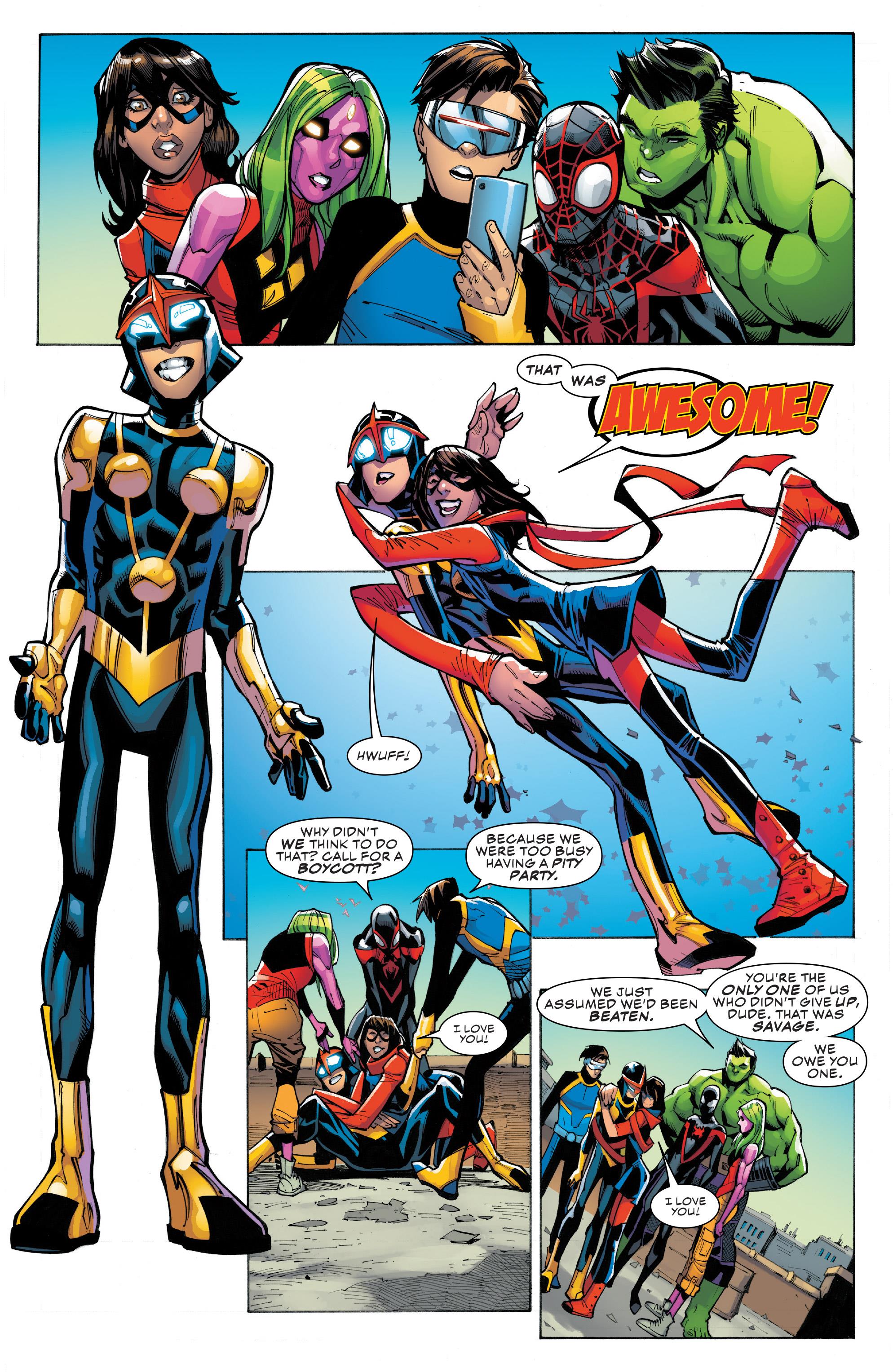 Frustrated with the constant conflict within the Avengers, Ms Marvel quit and formed Champions, the idea being that they’d prioritise helping people, applying a maxim of enforcing justice without unjust force. Via social media the team also suggested others follow their example and set up their own social justice teams. While most have taken the good intentions at face value, utilising the Champions’ goodwill is something others have chosen to exploit. The Freelancers feel entitled to a champagne lifestyle for superhero work, and are controlled by corporate types opposed to the Champions ethic of helping people for free. It doesn’t take much to smear the Champions’ good name.

Mark Waid’s plot extended throughout The Freelancer Lifestyle examines the difference between what’s right and what’s legal. Among the hard lessons learned are why trademarking matters, which is clever and leads to inordinate complications. It’s apparent that Waid faces some problems inherent to anyone writing a team title where some members also have their own series, and it’s frustrating that a plot about Ms Marvel being missing isn’t properly resolved during The Freelancer Lifestyle. Not having her own title, it’s Viv Vision’s problems explored here more than issues about other cast members. After events of The Vision, she’s shut off internal emotional conduits, and is now wondering if that’s been a good idea, and a chapter teaming her with enthusiastic new hero Red Locust is hugely enjoyable. She ties into another problem, that of runaways.

A stylised approach characterises Humberto Ramos’ way with the cast, drawing them almost as if cartoon children in an otherwise realistically presented world. That he’s a tremendous artist and storyteller isn’t up for discussion, but you’ll either agree or disagree that the representations are effective. Either way, it’s a style that’s kept him in work since the 1990s.

The second half of the book concerns Hydra taking over the USA as seen in Secret Empire. Nova and Cyclops are unavailable, and Ms Marvel is among the missing, hidden so well that even Viv’s connection with the online world can’t bypass Hydra’s security coding to track her. A rescue mission is perhaps too compressed to properly consider all viewpoints, but entertaining enough. The follow-up has Waid exploring what Hydra did in Las Vegas. It’s resolutely grim, and at odds with the generally light tone of the series.

Waid’s a very thorough plotter, one who consider situations logically, working out ways around his roadblocks that might occur to readers, and ensuring they’re inapplicable. It helps that world’s eighth smartest person is on the team, of course, but both here and in the previous Change the World he constructs dangerous situations, explains well in passing why some obvious solutions are off the agenda, and then provides the answers that will get the job done. As a bonus he’ll generally throw in a great surprise as well. It makes Champions an invigorating read. A slight puzzle may be how the Champions know of the Freelancers, but their first meeting is published two books down the line in Champion For a Day, while Avengers/Champions: Worlds Collide is up next.

Under two years after The Freelancer Lifestyle was published it was combined with Change the World for the thicker reprinting of Because the World Still Needs Heroes.