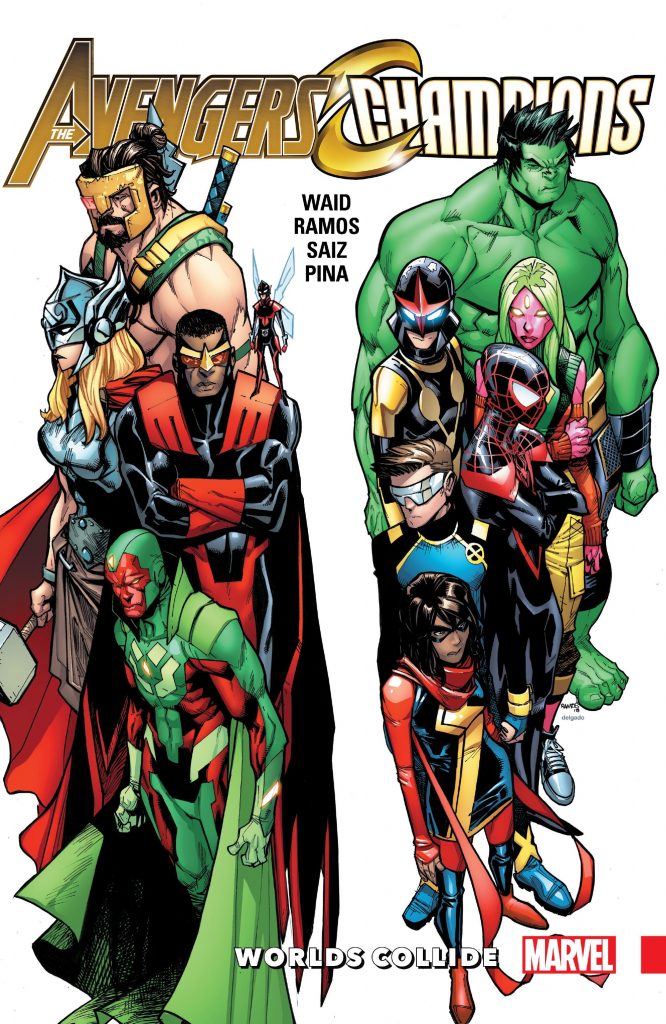 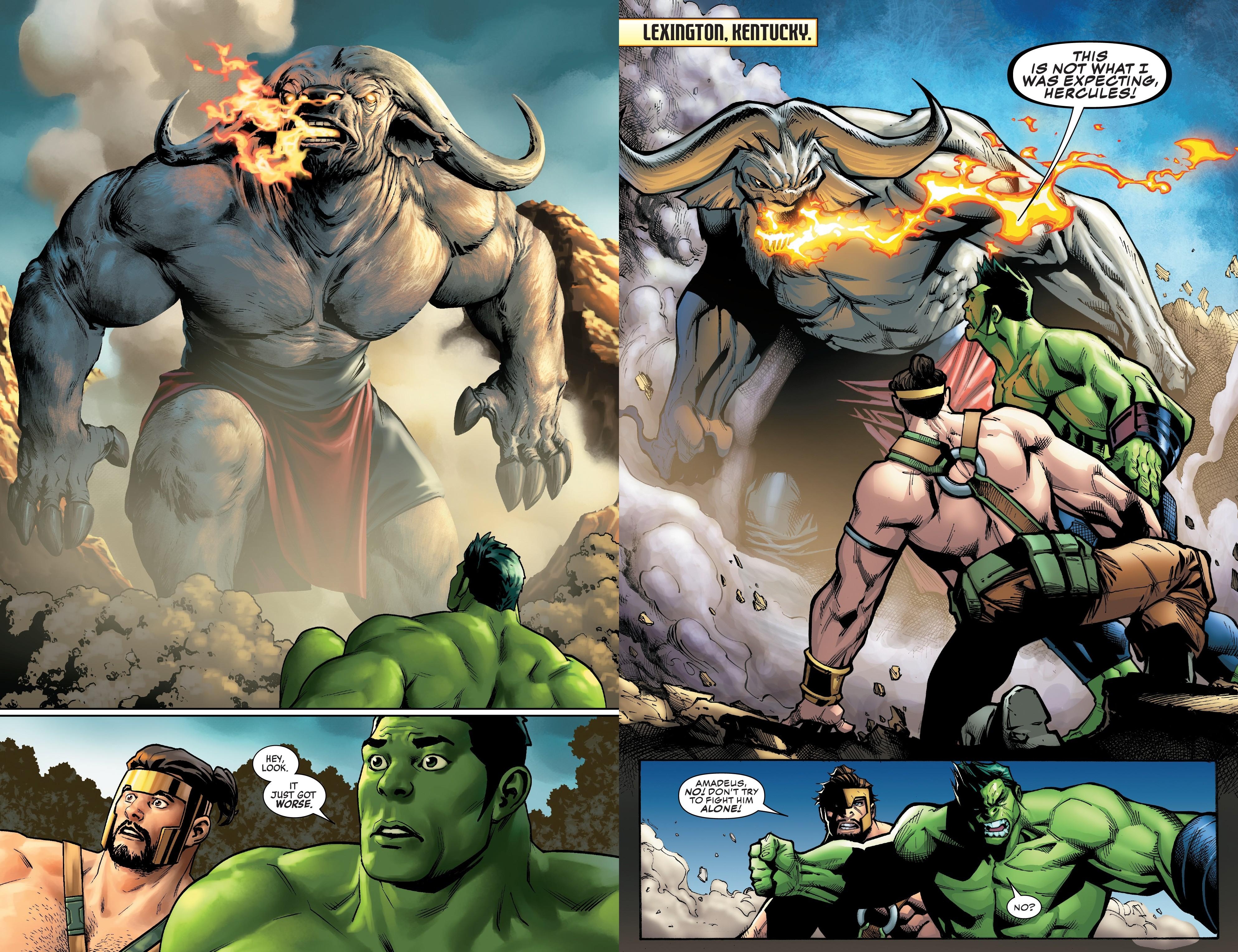 There’s a nice homage going on over the opening chapters of Worlds Collide, as members of the Avengers form small teams over several locations with members of the Champions to deal with problems caused by the same menace. While almost entirely a 21st century story, Mark Waid is delivering a nod to the 1960s team-ups of the Justice League and Justice Society. The threat is the world of the High Evolutionary, a genetics genius who long ago left Earth to create his own equivalent, which orbits the sun on a path 180 degrees away from Earth, and he’s pinched the opening gambit of his plan from an old Justice League comic as well.

Artistically Worlds Collide is aptly titled. Although one continued story, it was serialised over two different titles, on which the artists assigned have vastly different approaches, and that’s jarring. The sample art compares the same scene as interpreted by Jesús Saiz (left) and Humberto Ramos, one aiming for a form of psuedo-realism, the other going for scratchy cartoon exaggeration. Javier Pina’s chapter is nearer Saiz in style, but nowhere near as well laid out.

Unfortunately, with one exception, the plot never really rises above okay, with the motivation for what the High Evolutionary’s doing far from clear, or indeed consistent with previous appearances. The superhero action flows well enough, building to crescendos, and a time clock ending is always welcome, but the area where Waid really pulls something out of the bag concerns the relationship between Vision and his daughter. They’ve been portrayed as being at odds in The Freelancer Lifestyle, with Vision the over-protective parent in danger of pushing his daughter away via excessive control stemming from concern for her safety. Waid supplies a good reason for that, and the issue plays out in the best chapter, which occurs when all is said and done. Part of the reason it’s so good is down to some real emotional drama. Too much of Worlds Collide is business as usual for the Avengers, with their attitudes toward the younger heroes is contrived to be patronising for story purposes without ever transmitting as anything more. By contrast Worlds Collide moves the Champions forward. They head on to Champion For a Day affected and changed by what’s happened.