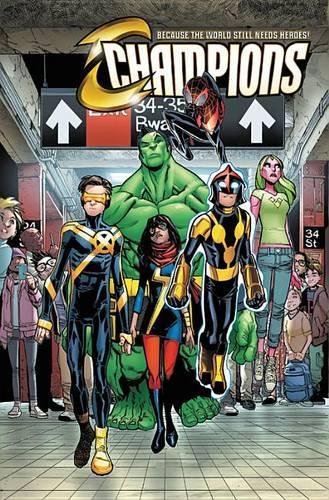 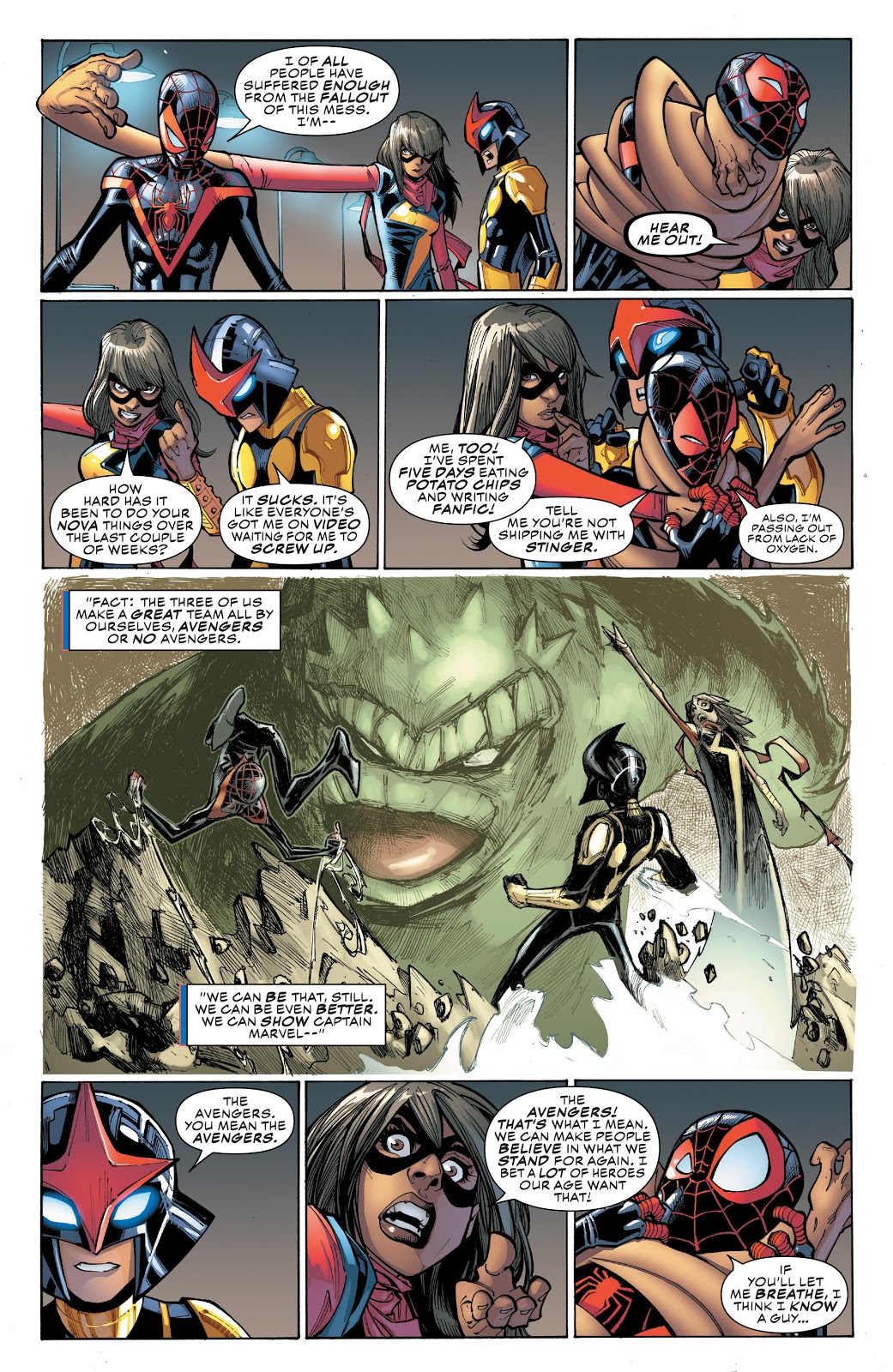 The Champions name hardly applied to a fondly remembered super team at Marvel, and hadn’t been used for almost forty years when Mark Waid and Humberto Ramos revived it for their version of a teen super team. The series launched in the wake of Civil War II’s schism among the superhero community, which left the younger heroes disenchanted with their supposed role models. Ms Marvel’s solution is that they go their own way, focusing on tasks that will actually help people rather than fighting senselessly with others. At the end of a satisfying first intervention Waid comes up with the nifty mission statement of enforcing justice without unjust force, and being champions of the people makes sense of what was previously a more random series title.

For an old guy, Waid has a good memory of what it’s like to be young, and the joy of youth is prioritised all the way through Change the World, with Ramos feeding into that via his stylised interpretations of the cast, made to look very young teenagers with the exception of the Hulk. There’s considerable diversity to a team consisting of Cyclops, Hulk, Ms Marvel, Nova, Spider-Man and Viv Vision, but this isn’t emphasised in any way, which is good. Even better is that by minimising the super villains, Waid can draw attention to real world atrocities such as countries where it’s considered acceptable that women are downtrodden, hate crimes in the USA and child trafficking. While not trivialising sensitive topics, neither is the tone so dry as to reduce the entertainment. Self-affirmation is reinforced throughout, and doesn’t just apply to the main cast.

By the end of Change the World it comes as a surprise how much ground has been covered, and how efficiently that’s been carried out. The book ends with Waid reducing 2017’s political climate in the USA to microcosm in a small town where the Sheriff’s barely concealed bigotry has fostered an intolerant and hostile tension.

Change the World is a lot of fun, mixing a likeable cast with thought provoking plots, although if you believe women are second class citizens, and persecution on the basis of gender, religion or lifestyle is okay, you’ll probably enjoy it less.

Champions continues with The Freelancer Lifestyle, and as an indication of how fleeting the market is becoming for print versions, less than two years after its release it was combined with Change the World for the thicker reprinting of Because the World Still Needs Heroes. 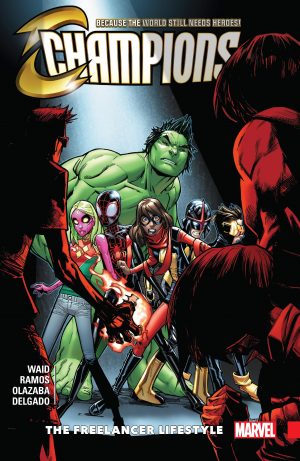