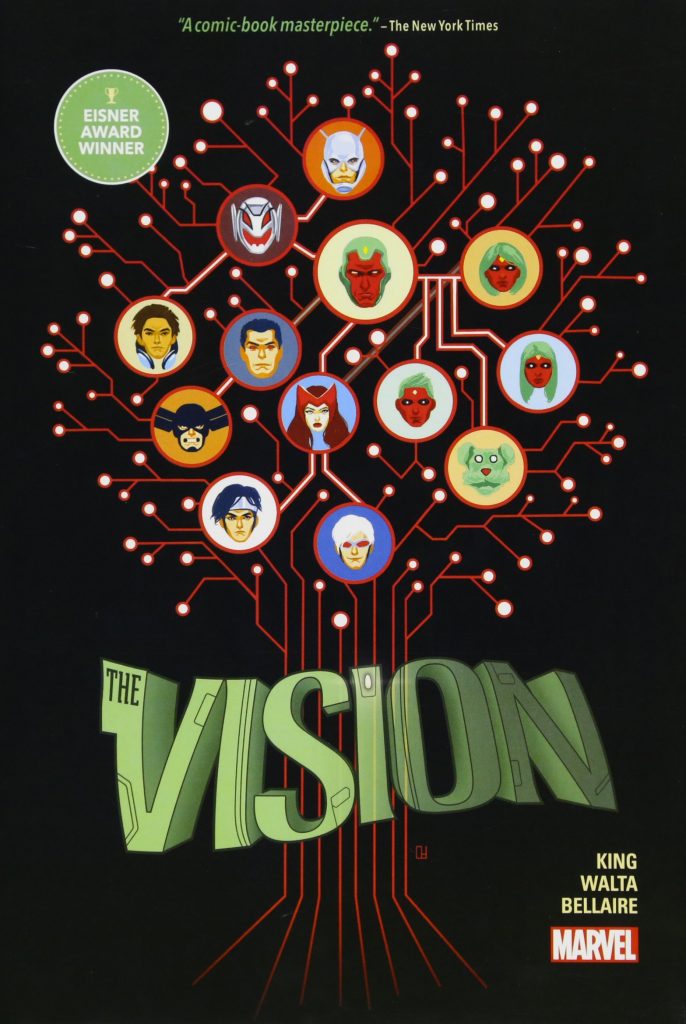 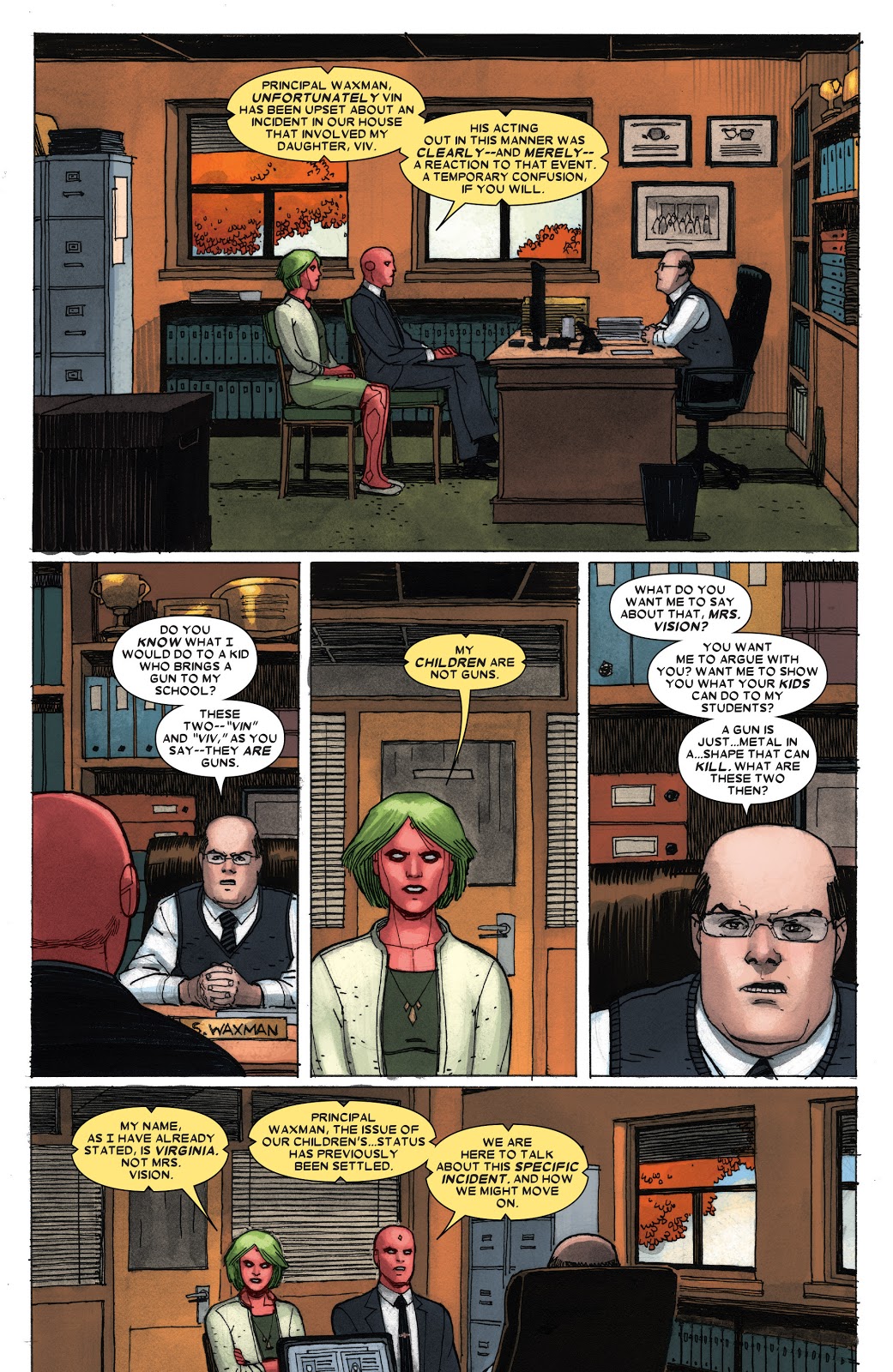 Long a member of the Avengers, the Vision is a solar-powered artificial human, or “synthezoid” according to Roy Thomas when he created the character in 1968. When introduced, the Vision was a novelty, and remained so for several years, with Thomas presenting an odd evolution of emotion. Steve Englehart picked up on this, but with the exception of John Byrne, who dismantled the Vision, it’s arguable that pretty well every creator who’s used him since has left him in stasis. Not so Tom King.

King settles on the Vision’s status as an artificial human and runs with it, rather than just treating him as a superhero as so many others have. After a purge of his core programming, a re-booted Vision concludes he should integrate more fully as a human. To this end he uses his original schematics to create an artificial wife and two teenage children, who move as a family to a Washington DC suburb. In print the concept reads as the pitch for a wacky sitcom, but while there are comedic elements, King’s priority is to explore what it is to be human, and who can be human. The Vision asks if emotion can be completely excised in favour of logic, or whether it will evolve naturally in any circumstances. There are some funny sequences applying remorseless logic to everyday grievances, but the overall intent is serious.

Vision himself has had years of interacting with humanity, but it’s a new experience for his family, who find integrating into a neighbourhood far more difficult, accentuated by King using foreboding captions narrated with hindsight. As some tragic events play out, error piling on error, the Vision is torn, forced to compromise his principles, and due to a prophecy the Avengers decide to monitor the Vision surreptitiously.

On other Marvel work Gabriel Hernandez-Walta has been an odd fit, very talented, but with a style that avoids conformity and expectation. On The Vision that’s absolutely necessary, and his illustration creates a necessary distance providing the oddity of the Vision’s family, yet also induces sympathy and understanding. The importance of emotion increases as the chapters continue, and Hernandez-Walta’s methods develop and progress subtly, ensuring the heady undercurrent persists and evolves. He’s great with the less serious action scenes as well. One chapter, a change of pace, is illustrated by Michael Walsh, and the contrast is appropriate for a look back at what was always the strange relationship of the Vision and the Scarlet Witch.

‘Unique’ is a term all too easily thrown about, but there’s never been a superhero graphic novel with the same sensibilities and themes as The Vision. Not all innovation is successful, but this is intelligent, moving, humane and creatively complete, barring a small compromise about the ending. The Vision reads best as a single twelve chapter sequence, but if the cheaper option is preferable, Little Worse Than a Man and Little Better Than a Beast combine for the entire story. They missed out on awards, but this collected the 2019 Eisner Award as Best Reprint Collection.