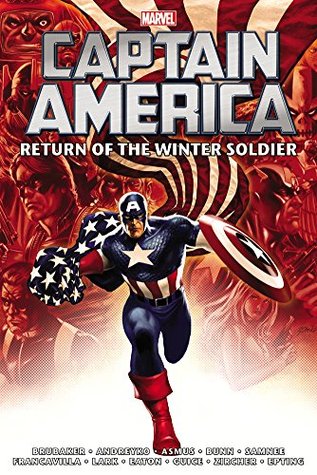 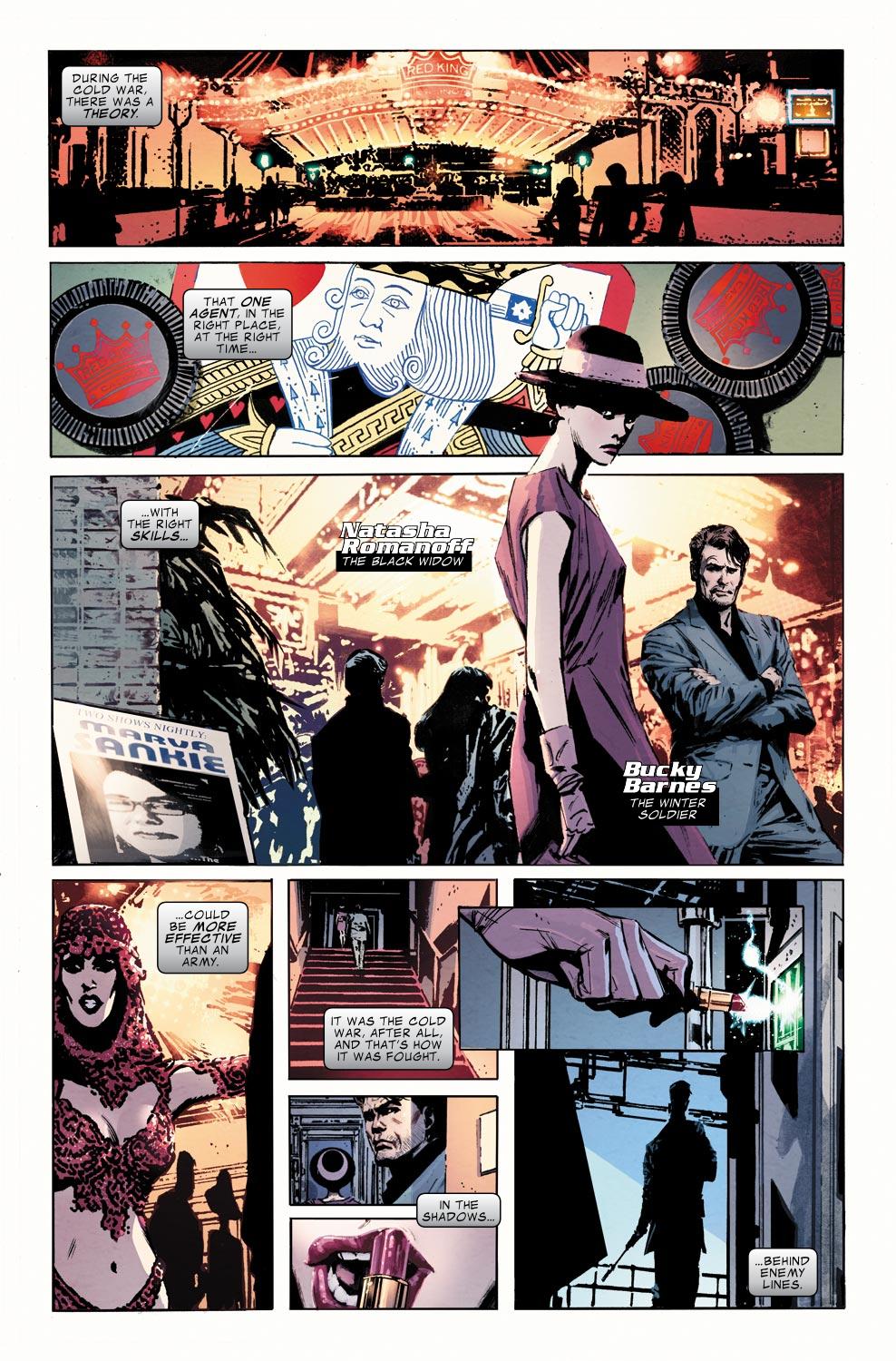 Let’s begin by addressing the odd title. After all, it’s the fifth Omnibus collection of Ed Brubaker’s Captain America work, the previous being The Trial of Captain America Omnibus, and he returned the Winter Soldier in the first. Somewhere in between, though, Bucky Barnes seemingly died once again, but, as is so often the case, ta-dah, he wasn’t dead at all.

This is rather a hodge podge, with no real unifying theme other than Ed Brubaker’s writing. The retro-engineered World War II romps of Captain America and Bucky sit alongside the final and weakest issues of Brubaker’s Captain America run, emphasising the superhero, and then there’s the spy-oriented Winter Soldier solo material.

Only two of tales collected here deal with Steve Rogers as Captain America in the present day. The Patrick Zircher illustrated tale is a return to cloak and dagger Captain America, and moderately successful as such, but Brubaker’s last material on that series, written with Cullen Bunn and pencilled by Scot Eaton, is tired and disappointing until a wonderful finale illustrated by Brubaker’s original collaborator Steve Epting.

That finale apart, the material is bettered by a tale of Bucky Barnes’ past, reconstituting tales from the 1940s, nicely drawn by Chris Samnee, with Marc Andreyko collaborating on the plot with Brubaker. That’s rather the theme for the Captain America material as Barnes as Captain America in the present day is the work of Brubaker and James Asmus. It’s perfunctory stuff well drawn by Francesco Francavilla, and returning the man who was Bucky in the final days of World Wat II. He later has a brief cameo in the Winter Soldier material.

That begins with a clever tale, linking Bucky Barnes’ seeming death while being Captain America with the start of his following solo tales as Winter Soldier. Given that they do follow, it’s hardly a major spoiler to note that he survives his death, but it provides an opportunity for deep undercover missions for S.H.I.E.L.D. and Nick Fury if the world believes him gone.

The remaining material is in effect fourteen chapters of one long tale with ties back into the shared Soviet-era pasts of both Winter Soldier and Black Widow. Butch Guice and Michael Lark, on separate chapters, provide some excellent art, but Brubaker’s story is padded in places while elsewhere ticking all the boxes for a first rate action thriller. While Doctor Doom plays a part, the primary antagonist is an extremely capable former Soviet agent who’s awoken from suspended animation, rejected his former profession, but decided he’s owed. There’s a fine conclusion, but it should have arrived far sooner.

Overall this is the weakest Omnibus of Ed Brubaker’s Captain America tales. There’s a sense of ennui about some, and others seem to be going through the motions. The best quality overall is to be found in the Winter Soldier solo segments, but even that’s not sustained throughout.

If you’re interested, but don’t want to pay the high price of this oversized hardback the material is available in standard trade paperbacks as Captain America & Bucky: The Life Story of Bucky Barnes and Old Wounds, Captain America by Ed Brubaker volumes 3 and 4, and Winter Soldier: The Longest Winter, Broken Arrow and Black Widow Hunt.