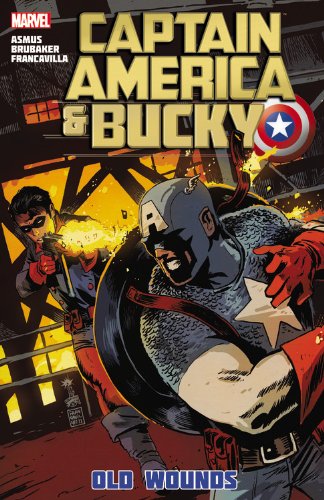 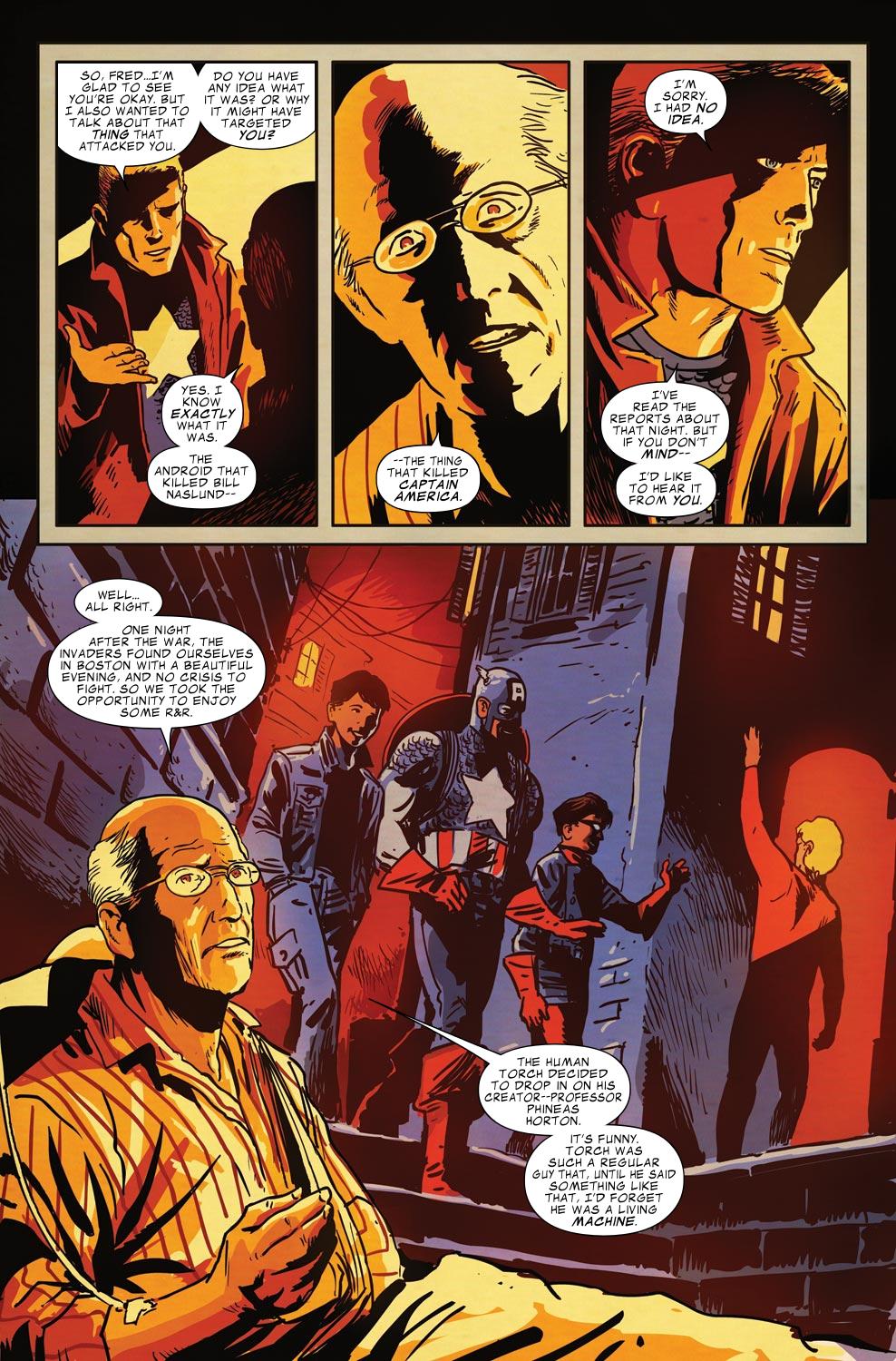 Although both eventually resurfaced, it was assumed that Captain America and Bucky Barnes drowned toward the end of World War II. At the time America desperately needed its patriotic symbol, so as the war drew to a close others wore the uniform of Captain America. One is spotlighted in the Patriot graphic novel, and William Naslund’s story is told here, scripted by James Asmus, who co-plotted with Ed Brubaker.

The narrative generator is Fred Davis, who was Bucky to Naslund’s Captain America, now an old man injured at a public engagement and recovering in hospital. His is a mixture of World War II recollections and present day investigation, but the writers aren’t exactly subtle with their clues as to how menaces from the past are returning in the present, nor with other matters, which will have even novice readers sniffing a rat at the coincidental convenience. It’s all extremely overwrought, as if a deliberate attempt to recreate a 1940s Captain America movie reel, and there are only real surprises in the final chapter, although don’t get your hopes up.

Artist Francesco Francavilla always colours his own work, and loves shades of red, which gives the art a distinctive tone. It’s sketched naturalism, occasionally reminiscent of Jordi Bernet, and finished by the colours, creating a kinetic action melange. The look is individual and memorable, and far better than Brubaker and Asmus’ script merits.

Because this would otherwise be a very short collection, we also have a story from 1977 in which Roy Thomas attempted to rectify the inconsistencies in Captain America’s history, a matter with ties to the feature presentation. Although delivered as a What If story, that of an alternate world divergence of circumstances, it later became canonical, due in no small part to Thomas’ deft plotting. It’s both action packed and touching and raises the overall quality of the material here. Although true to the era in which it’s set, the cartooning of Frank Robbins may not be to all tastes in the 21st century. His style is evolved from the 1940s newspaper strip cartooning of Milton Caniff, and there’s a constant blur of motion, odd poses, and some wild eyes.

The work of Brubaker, Asmus and Francavilla can also be found in the oversize Captain America: Return of the Winter Soldier Omnibus.