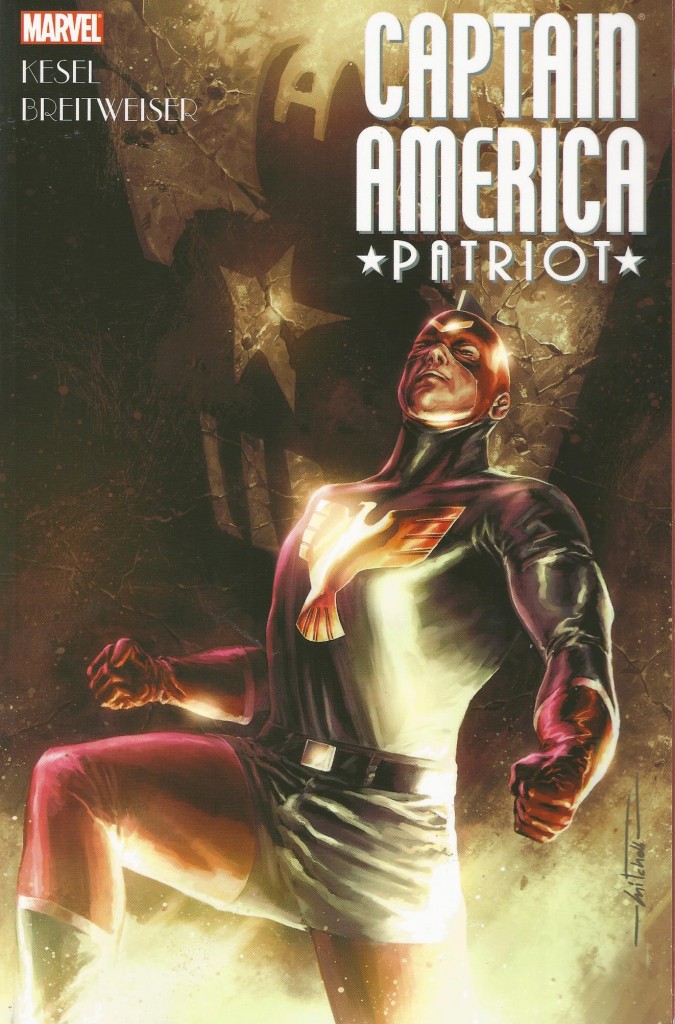 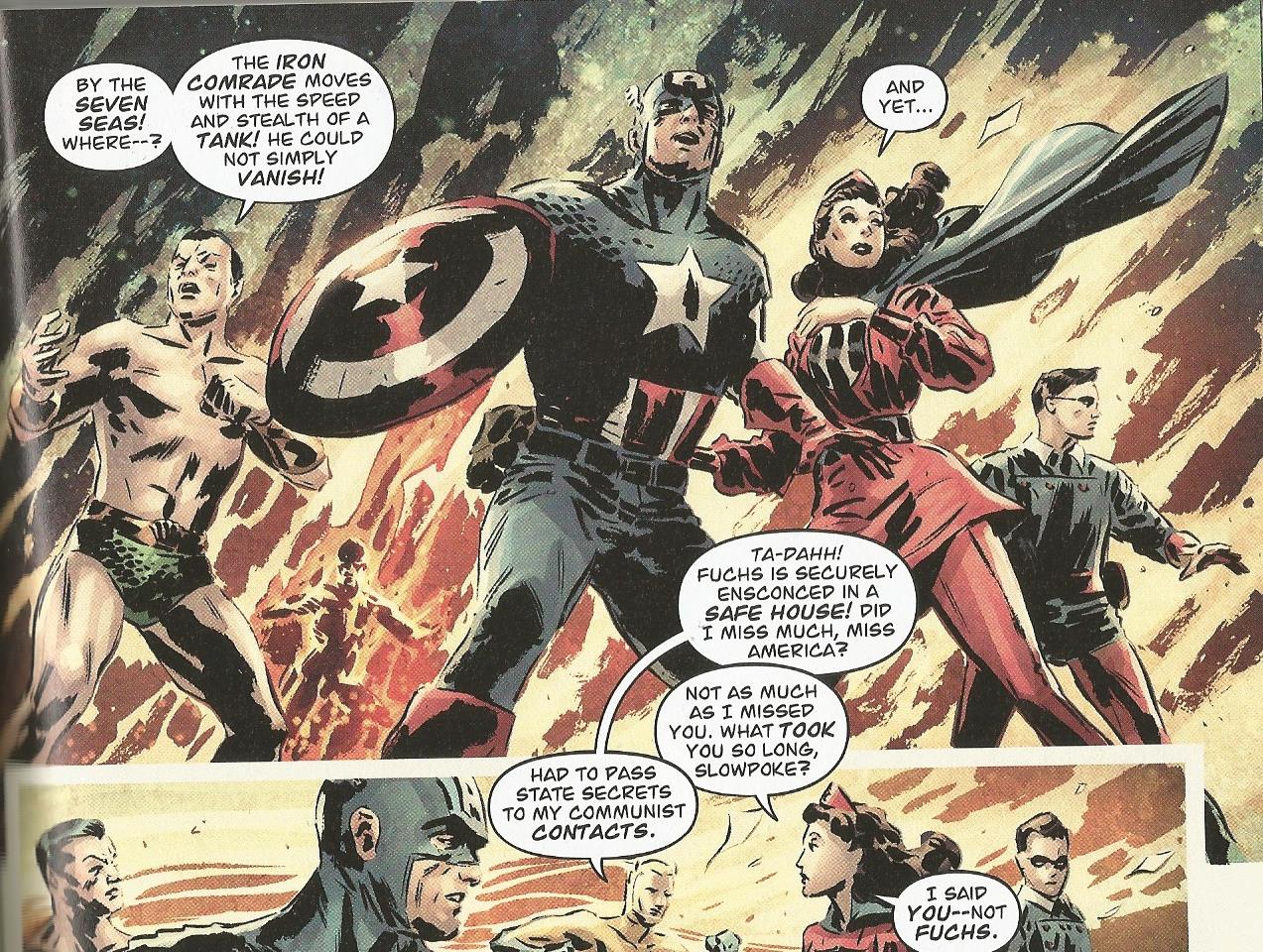 Just after World War II, Reporter Jeff Mace, aka the costumed crimefighter known as the Patriot, is rocked by two revelations. The death of the Sentinel of Liberty, Captain America – and the fact that the man behind the mask was not the original warrior of World War II, but a stand-in for the fallen hero, recruited to spare America’s morale.

Jeff is no super-soldier, just a skilled and trained human, already feeling outclassed by his metahuman comrades in the Liberty Legion. Nevertheless he steps into Captain America’s boots, and finds that living up to a living legend is even harder than he imagined.

The Patriot, a long-running hero of 1940s Marvel material, was never more than a cipher, but Karl Kesel cunningly exploits that by establishing him as having been directly inspired by an early chance meeting with Captain America to don his own set of tights, making the ‘reveal’ of Cap’s death, and the substitution, more poignant because of Jeff’s inspiration.

Jeff is presented as a man consistently out of his depth, not just heroically, but romantically. He’s inveigled into a fake romance with team mate Miss America, to distract the media; he ignores his friend Mary Morgan, aka Miss Patriot’s, efforts to stand by his side; and he remains oblivious to the growing attraction between him and shapely FBI liaison Betsy Ross.

Despite his general down-to-Earth cluelessness, he unfailingly does the right thing, whatever the cost to him… and that cost mounts up rapidly.

Patriot is talky; there’s sufficient action, but the beauty of the story is the dialogue. These aren’t just costumes attached to power sets, but people, well-intentioned, yet all too flawed and fallible. Kesel’s skills imbue each character with a distinctive voice; the brittle and sophisticated Mary Morgan, disclosing an aching loneliness and vulnerability with every tossed-off bon mot, is particularly well created, but she’s only one standout in a line of convincing personalities.

Mitch Breitweiser’s art is a delight; not slavishly imitating the Post-War period, giving it the nailed-down ‘historical’ feel that sabotages similar projects, but imbuing it with a vitality evoking the era, yet involving the reader with events that are taking place very much in the now. This lively atmosphere is enhanced by Elizabeth Breitweiser’s subtle and intelligent colouring.

Unfortunately, the fact that it centres on an obscure and after-the-fact facet of the Captain America mythos, and that it was released as one of dozens of cash-ins to milk the movie franchise, would seem to condemn this gem to relative obscurity. But if you’re keen on character-driven narrative, and imperfect heroes whom you nevertheless come to care about, give this a try. Even if you have no interest in Captain America in general, this version will win you over.

This also contains reprint material, the one-off All-Winners Comics revival illustrated by Steve Uy, which Kesel wrote for Marvel’s 70th Anniversary, and which interested him in exploring the background of the third Captain America; and a Roy Thomas and Frank Robbins story from the 1970s, in which the Patriot’s turn as Captain America was originally revealed. Other bonuses include the original and variant All-Winners covers, and a text page by Kesel explaining the development of the series.