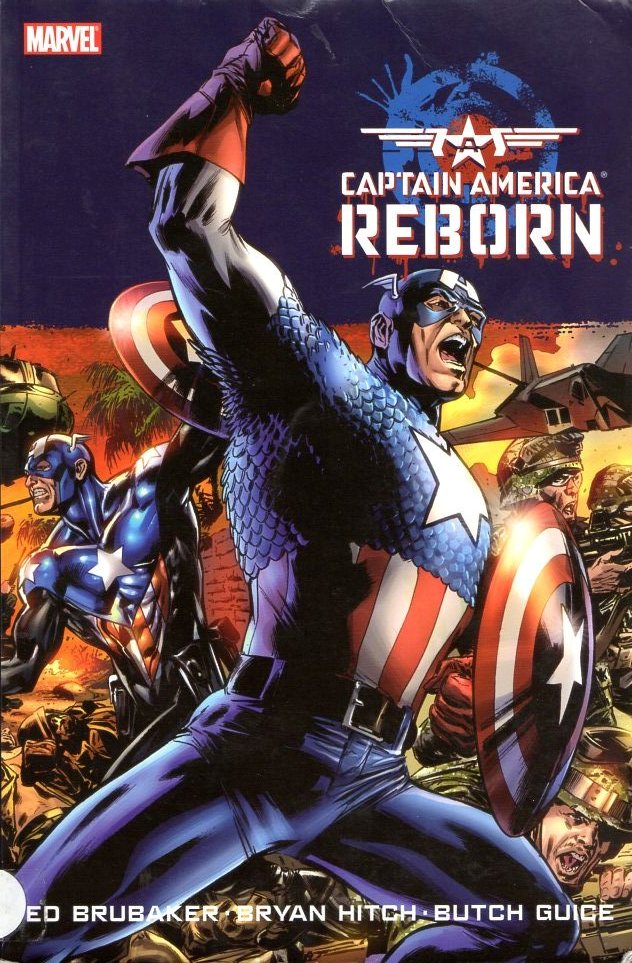 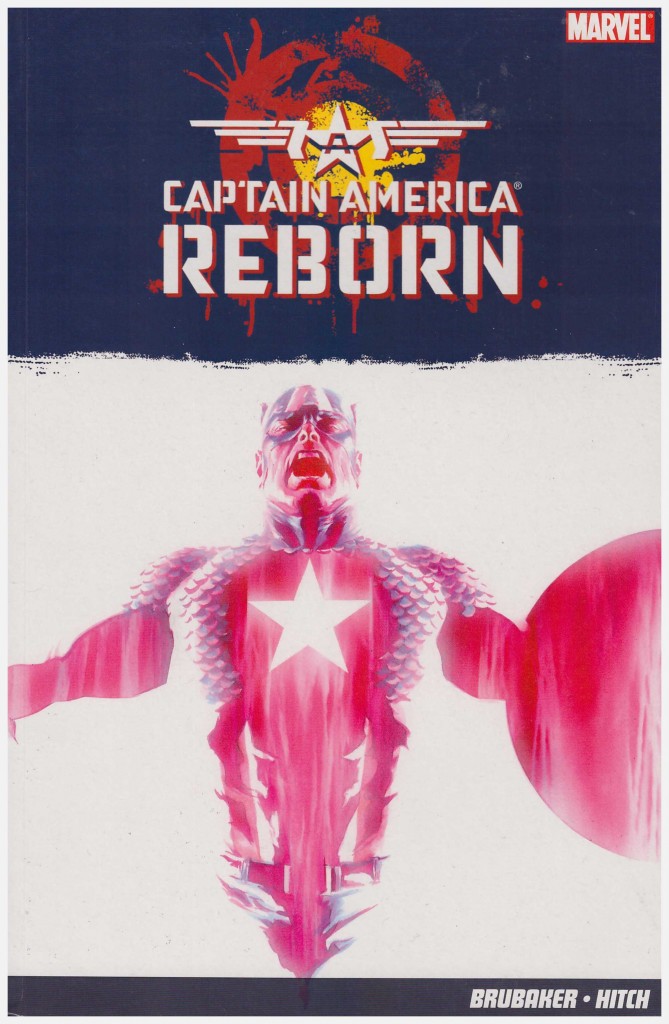 After two years of hints and clues Ed Brubaker finally set about returning Steve Rogers to the Marvel continuity, but there’s a surprise for anyone following the series sequentially. Instead of the character-based art of Steve Epting and successors, there’s the full-on widescreen action style of Bryan Hitch. Were that the only glitch it would merely qualify as an anomaly, after all the return of Steve Rogers from the dead was an event, and Hitch is certainly an event artist. Major events, however, fall outwith Brubaker’s strengths as a writer. He’s at his absolute best constructing a larger picture from well conceived character moments leading step by step to a resolution and straying from the formula provides an altogether less satisfying experience.

Brubaker stamps this story firmly into the contemporary Marvel continuity. This means a raging Norman Osborn heading the security forces, groups of Thunderbolts and Avengers centre stage, and assorted cameos. Simultaneously we have Captain America’s greatest hits as Steve Rogers re-lives pivotal elements of his star-spangled past amid working his way back to the present. And therein lie further problems. For starters it’s very similar to a J. Michael Straczynski story from five years previously found in the Spider-Man collection Happy Birthday. Events portrayed in Captain America: Civil War set up the return before Steve Rogers was supposedly killed, yet the explanation is muddy, the technobabble unsound and the credulity strained. With most regular readers glad to have Steve Rogers back, perhaps this can be glossed over.

So with Brubaker outside his comfort zone does Hitch pick up the slack? Sadly, no. Whether rushed by deadline, a theory fortified by uncharacteristically slapdash figurework in places, or not particularly interested, Hitch seems on autopilot. No other comic artist has conveyed the sense of awe about a giant-sized superhero that he managed in the Ultimates, yet provided with a gigantic Red Skull rampaging through Washington’s monuments Hitch opts for close-up instead of distance. The Avengers dealing with dozens of M.O.D.O.Ks receives similarly cramped treatment and some flashbacks are reduced to stock scenes. It’s actually Butch Guice who picks up the slack, his quality never wavering. Anyone working their way through Brubaker’s run on Captain America is hardly likely to skip this volume, but will it ever be looked at a second time?