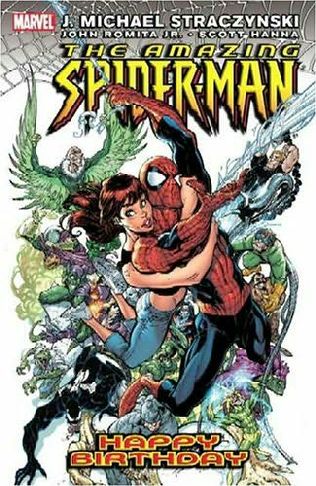 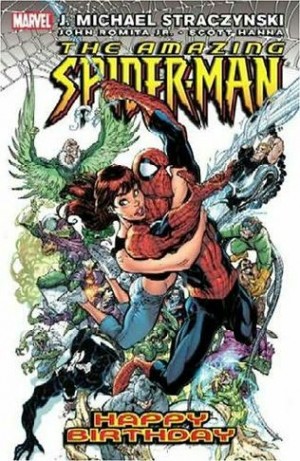 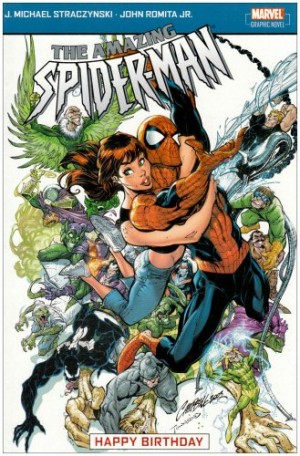 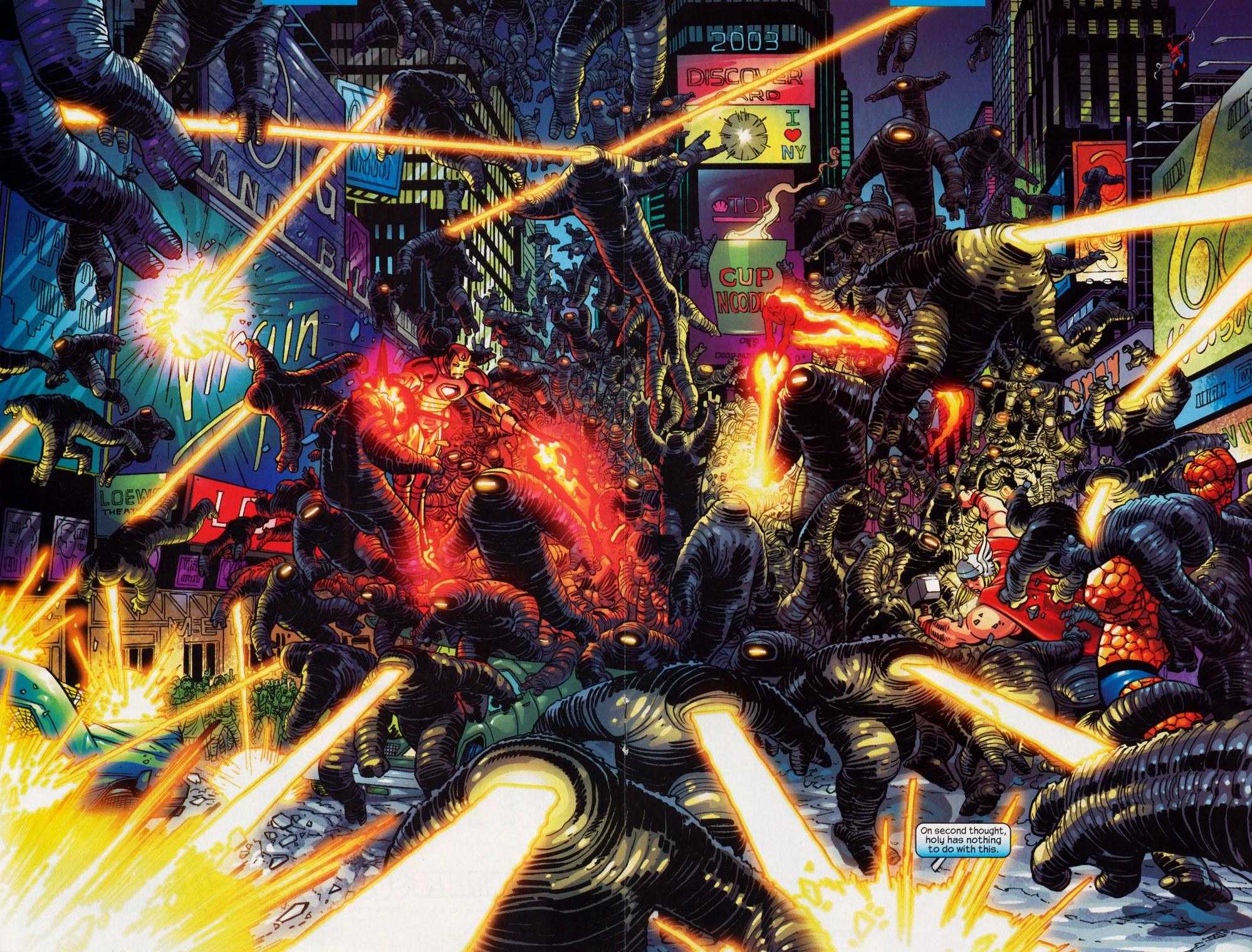 There are some fine aspects of the three chapter ‘Happy Birthday’ story, not least an exceptionally touching conclusion illustrated by Spider-Man’s second ever artist John Romita, with his son Romita Jr illustrating the remainder. The problem, though, is that they don’t coalesce to form a story that satisfies in the manner of other work writer J. Michael Straczynski has delivered for the series.

The switch to action is surprising, and heralded by Romita Jr’s stunning double page spread as Spider-Man arrives at the scene of assorted Marvel heroes battling an invasion of other-dimensional monsters in the middle of New York (sample art). It’s part of a plot to restore a familiar villain believed scattered to the four winds, or mystical equivalent thereof, and Doctor Strange is on hand to pick up the pieces. Straczynski’s obviously very fond of Marvel’s resident master of the mystic arts, guest-starring him several times over the first five volumes of his Spider-Man run, and the beauty of his presence is that it pulls Spider-Man from his familiar environment. Here scattered through time. It leads to an alternative version of the battle seen two chapters previously, Romita Jr re-interprets some classic moments from Spider-Man’s early days, and the temptation to interfere with events at the start and possible career end is well worked.

Two self-contained stories complete the collection, and they’re both gems. In one Spider-Man fights a dim, but dangerous, villain in a stolen suit, requiring the application of some thought to contain him, the story leavened with May Parker relating how her week has been. In the other a tailor learns of a crime to be committed, and for once in his life raises his head above the parapet. There’s some fine interaction with Spider-Man as Leo Zelinsky is spurred into action by his grandson, and the throwaway ending has particular resonance, harkening back to ‘Happy Birthday’. The entire story emphasises the human touches Staczynski brings to Spider-Man, and as such it’s the best here.

The entire content is also found in Amazing Spider-Man by JMS Ultimate Collection volume 2, and the oversize hardback Best of Spider-Man Volume 3 contains the ‘Happy Birthday’ segment. The remainder are in volume 4. 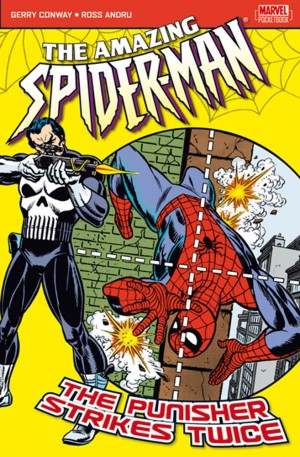 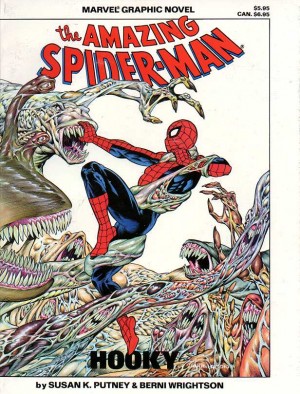 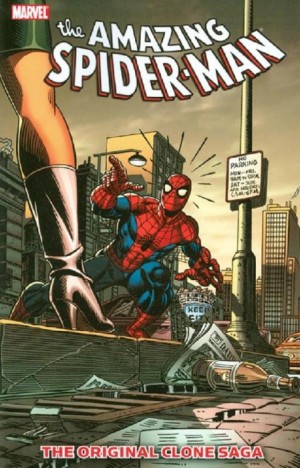