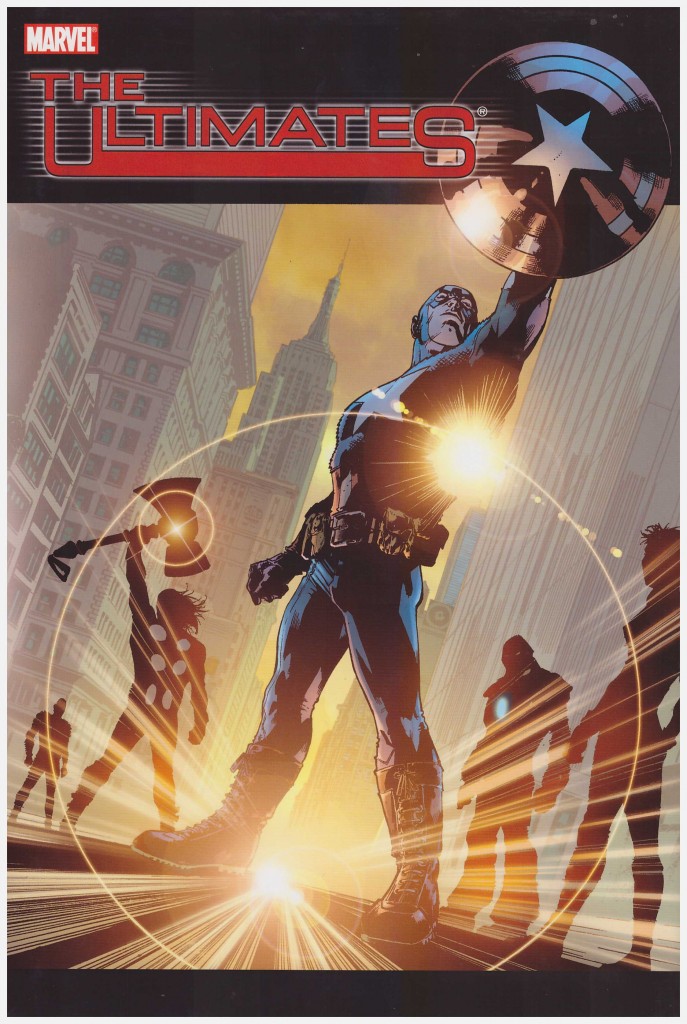 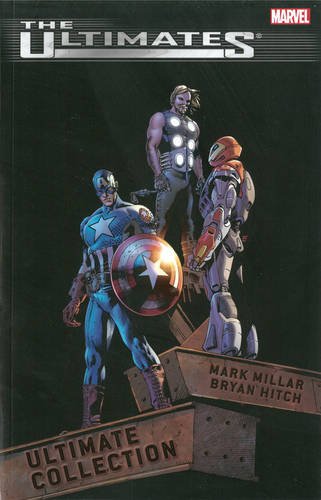 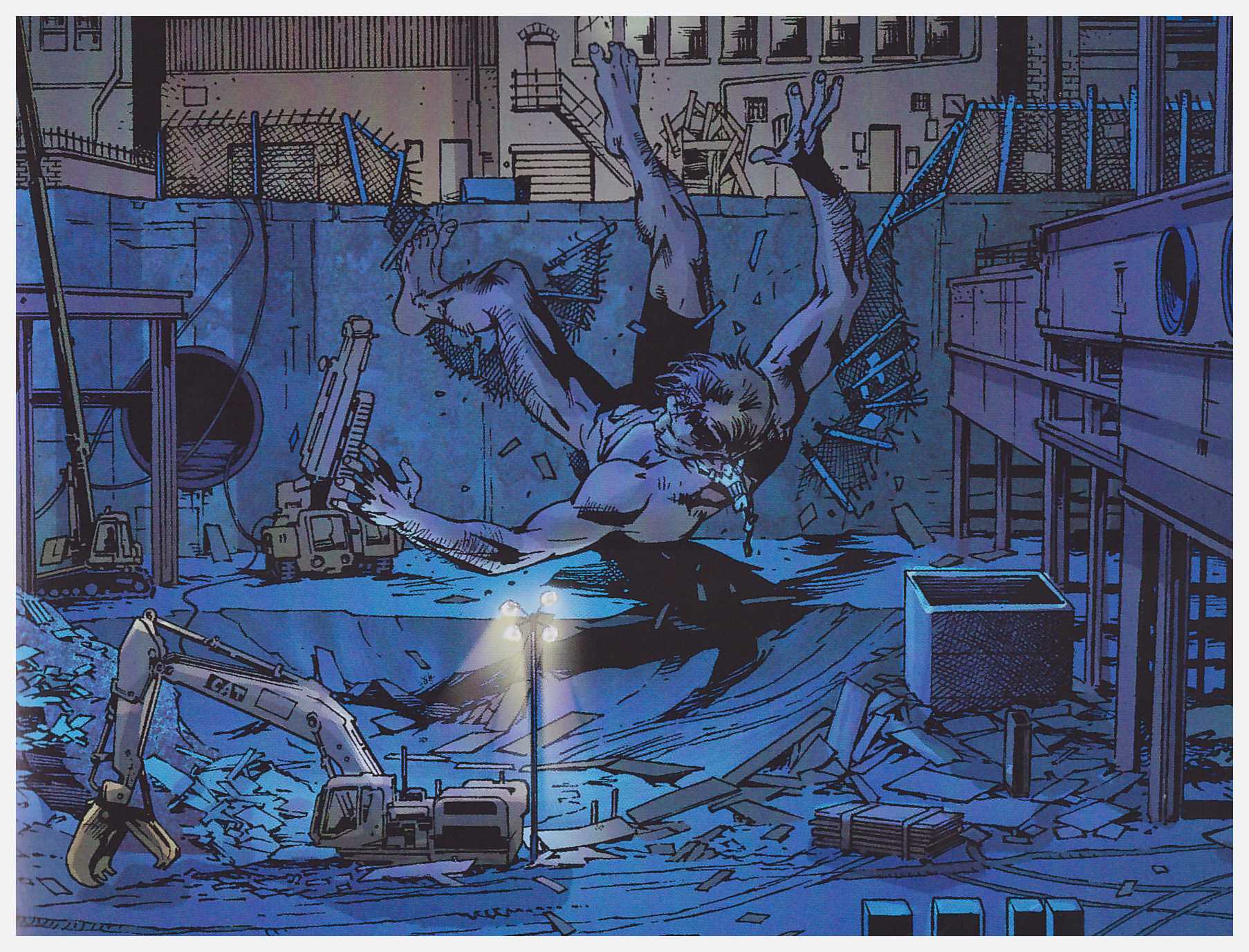 This oversize hardcover gathers the two paperback volumes of The Ultimates, Superhuman and Homeland Security, adding issue by issue commentary from creators Mark Millar and Bryan Hitch, and assorted extra art related to the tale.

Millar is particularly great at articulating what superhero comics would sound like if they were actually part of mainstream entertainment. Arguably, it’s this skill that has turned superheroes (in the cinema at least) into the most mainstream and profitable commodity in Hollywood. And it all starts with The Ultimates.

This alternative reality reimagining of the Avengers unpicks the established continuity and retells it as if it’s The Bourne Identity. It starts with the seeming demise in 1945 of Captain America, progressing to his revival decades later and the formation of the Ultimates – a team presided over by General Nick Fury, here in his Samuel L Jackson guise. There’s not a great deal of plot to the first half of the story, with the only true action set piece, being when the combined might of the Ultimates, along with help from Thor, unite to vanquish a super serum charged Hulk.

The compensation is an abundance of pop cultural references and cinematic pacing that make the superhero genre feel vital and relevant – and it’s a tremendously freewheeling read. Another joy is Millar’s economic way of world building. Sub-plots touch upon defence budgets and public approval ratings, all small details that create a sense of veracity and let Millar get away with having Captain America whack a giant man in the head.

Once the central premise is sketched in there’s more space to invoke large scale destruction and action. There’s the aforementioned scrap between Cap and Hank Pym, the The Wasp is taken captive by an evil alien German called Herr Kleiser, and what unfolds is a gripping alien invasion. A race called the Chitauri apparently financed the Nazis in World War Two, and now intend to wipe the Ultimates off the face of the Earth by nuking their island base, the Triskellion. A massive battle ensues in which Millar unleashes not one, but two deus ex machina, in the shape, first of all, of Thor and then a reluctant Bruce Banner who transforms into this line’s amped up version of the Hulk.

Millar has an impeccable blockbuster sensibility, but it’s arguably penciller Bryan Hitch and inkers Andrew Currie and Paul Neary that provide the title’s super serum. There’s an abundance of widescreen frames and a sweeping use of camera work. All of the characters are depicted as if they could actually exist in the real world (many of them in fact look like actors from the real world) and Hitch’s unswerving sense of detail is masterful. The architecture on display is astonishing in terms of detail, and clearly no one can draw rubble quite like Hitch can.

It’s a reliably rattling good read, even if there is very little sophistication underneath the hood. This is the comic book that changed everything for Marvel. Ushering in an entirely new era, in which the company would dominate not just on the newsstands, but in the cinemas as well.