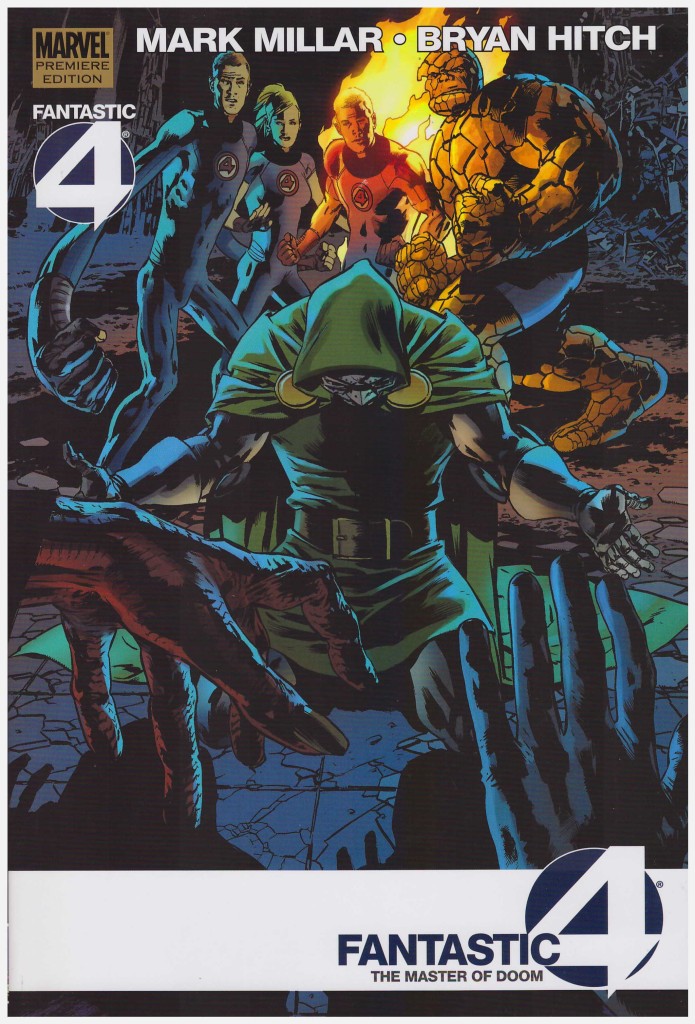 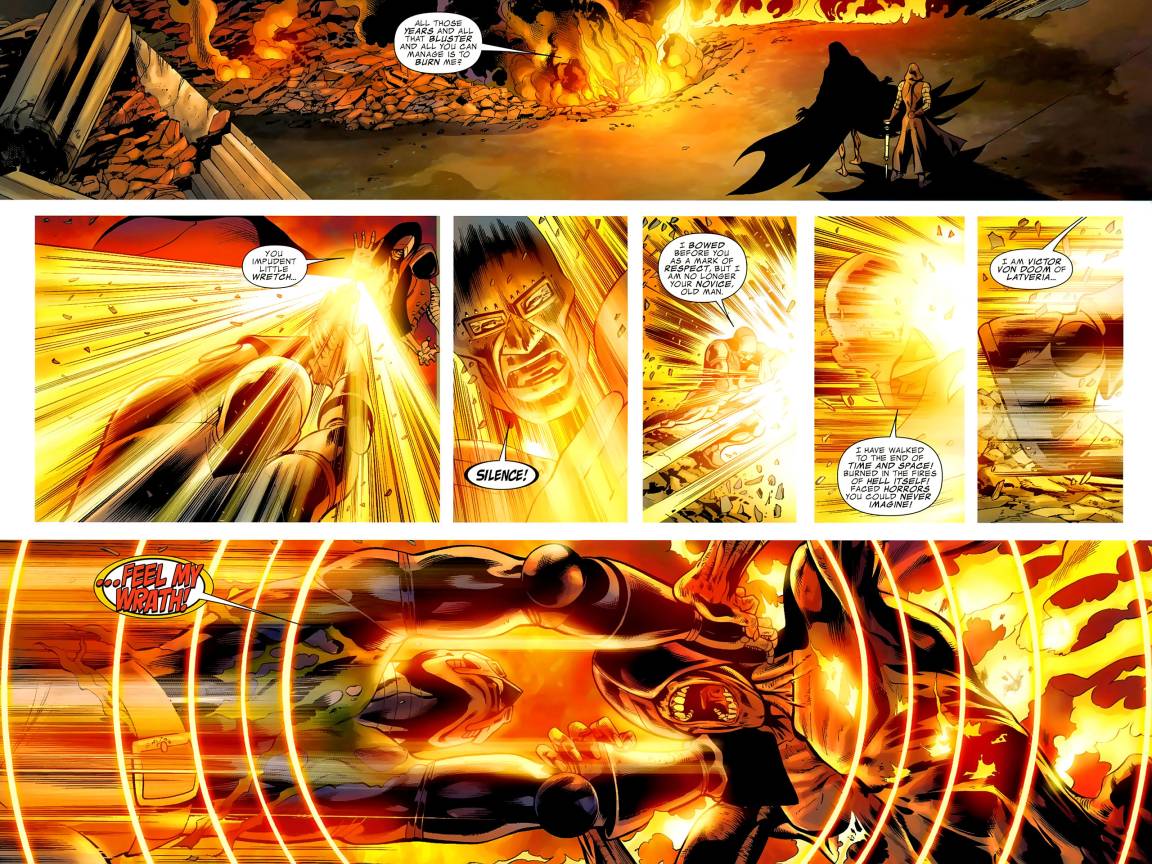 Throughout World’s Greatest Mark Millar gave a little wink here and a nudge there, telling the reader something much bigger was coming. The events detailed in that book weren’t exactly small, so it would have to be huge. He doesn’t disappoint. A sentient Alien offering utopia to a Scottish village for a grisly price, Ben Grimm’s forthcoming wedding, and a surreal funeral with Dr Doom’s ominous threats that his own mentor is approaching their dimension with destruction in his wake looming over it all. While the threat of universal devastation looms ever large, the personal lives of the Fantastic Four remain firmly the focus. Funerals, extended families, dark secrets, compromises, relationship issues, weddings and the price of fame are all interesting concepts that keep the audacious stories grounded while still allowing Master of Doom an altogether darker tone than it’s predecessor’s sci-fi blockbuster feel.

This half of Millar and  Bryan Hitch’s work bears similarities with some classic Fantastic Four stories by Lee and Kirby, a homage to Lee’s “heroes with feet of clay” concept and Kirby’s fantastic explorations of the strange and unknown.

The plot has a smooth transition from World’s Greatest. Millar chooses not to rush into the ominous prophecy Doom delivers. In sync with Hitch, he builds up dread across dimensions,supplies a dark and funny poke at the rural villages in Millar’s home country of Scotland, and flicks back and forth between character stories to present a truly frightening villain. Doom himself is also well developed with a tasty, if ludicrous, twist to his tale. The idea of Doom having a mentor is very good. Someone or something more vicious than Doom leaving a trail of scorched earth across parallel dimensions? So dastardly he is named the Marquis of Death? Absolute gold!

Unfortunately it falters from part three when Joe Ahearne begins scripting over Millar’s plots. Ahearne’s work is not bad, but he is prone to monologues, making the Fantastic Four sound clichéd, and action scenes fall flat as a result. It’s writing styles that clash, not plot detailing. Similarly Stuart Immonen pencils part four, Hitch’s perfectionism causing delays and Immonen filling in at short notice. The change is subtle, Immonen keeping to Hitch’s fine detail, large frames and soft borders, but a difference in styles is noticeable. Hitch’s characters convey more emotion thanks to his attention to detail and deft use of shading. Although the action scenes feel ropey, the characters are handled well, and the wedding of Ben Grimm is the best of Ahearne’s and Immonen’s work, with some great dialogue and emotional clout.

The overall strength of Master of Doom is how well it handles the human element of its themes. What is it like to be thrust into a world where you have to wear a disguise just to go the play-park, where everyone you know becomes a target for your enemies merely by association? These questions are well handled and well-illustrated. The relationships between family and friends are believable. You can’t help but feel you know these people, or at least someone like them. Its superbly worked through and redeems any shortcomings the superhero aspects have.

Master of Doom is an entertaining read that neatly ties up all the storylines started in World’s Greatest. It’s ideas and themes are so ridiculously and suitably Fantastic Four from beginning to end in this fun tribute to these old Marvel stalwarts.