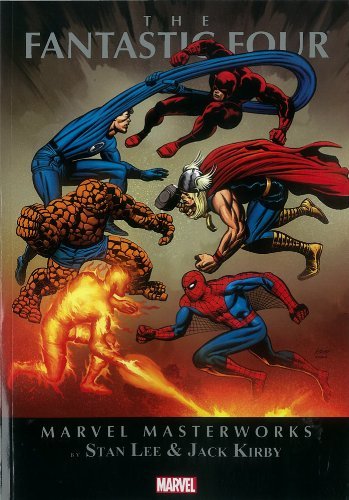 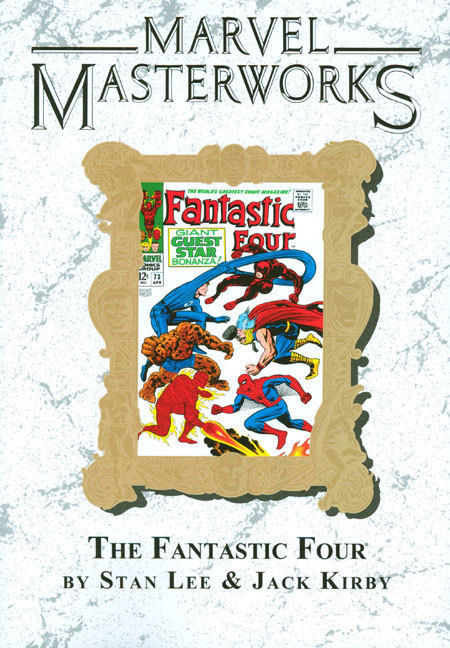 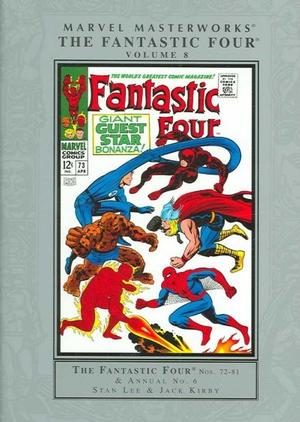 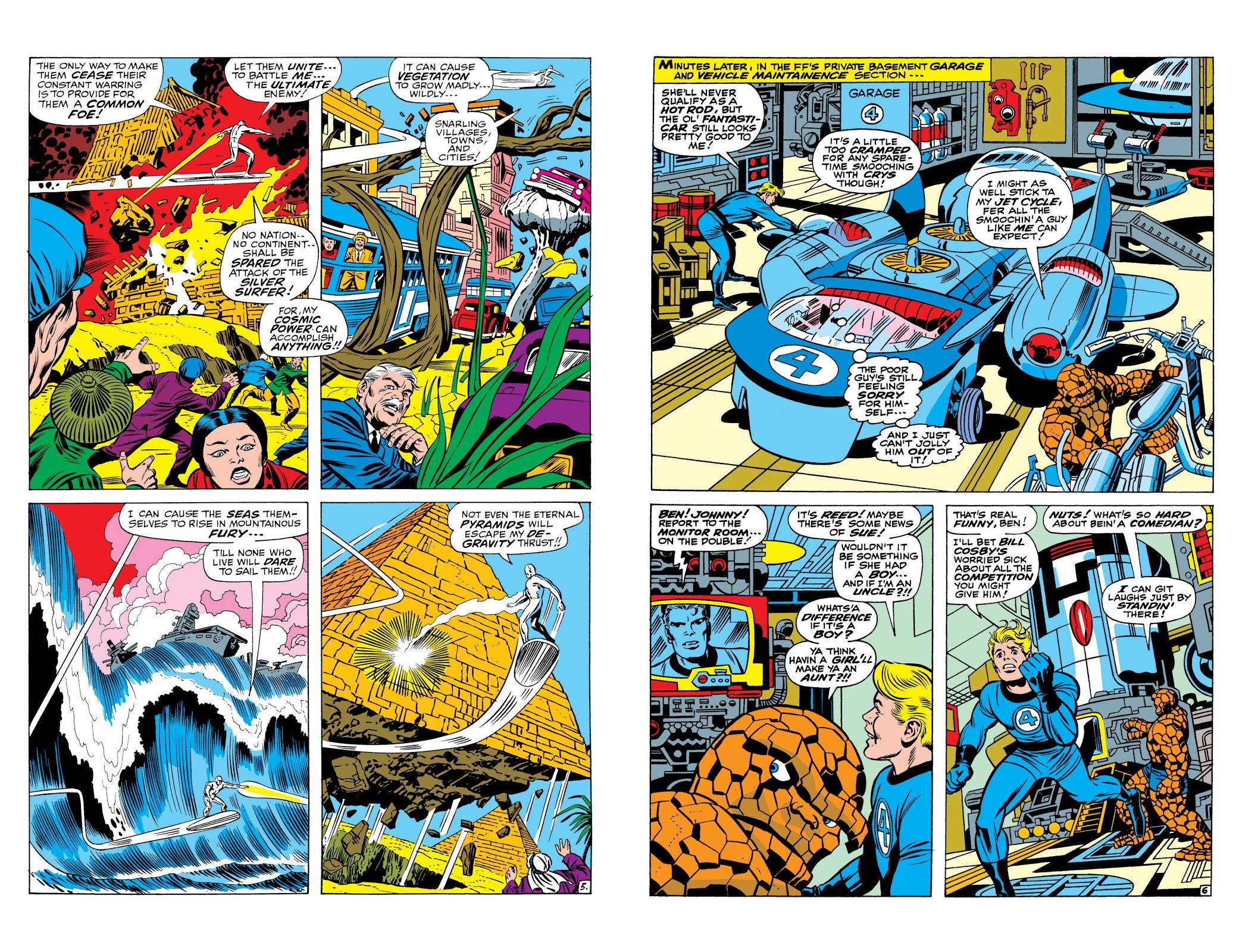 Stan Lee and Jack Kirby’s run on Fantastic Four reaches 1968. By this point, the FF increasingly venture beyond the metropolitan skyscrapers, to other countries and cultures, outer space, and alternative dimensions.

It starts with philosophical extraterrestrial the Silver Surfer. Exiled on our “fairest of all worlds,” he’s dismayed by humanity’s squandering of itself, and tries to promote unity against a common foe – himself! There are some amazing scenes: a grim-faced Surfer high above a Kirby city, and crashing through building after building. He makes the vegetation grow wildly, raising cars off the ground and lassoing buses. He raises pyramids into the air, and rocks battleships with towering tidal waves. This is what made Marvel comics so successful, even iconic. Imagine this fifty years ago, before computer games, and CGI movies. What else could provide that rush?

Later, with the reappearance of his planet-devouring boss Galactus, the Surfer hides out in ‘Sub-Atomica’, where the FF track him down. There they re-encounter the so-called Psycho-Man. This jars, though, with his previous appearance peddling Fear, Doubt and Hatred – strangely human currency for a creature in an almost empty universe. Kirby renders a world of giant molecules, crystals. and abstract technological constructs. The latter parallel the contemporary imagery of revered pop artist Eduardo Paolozzi.

A theme of key human developments is continued via the FF annual, with the expected birth of Reed and Sue’s child. It’s an intriguing idea: would the child be naturally born human or something other? Kirby produces a great double page paste and scissors photo-collage for the Negative Zone as the three men plunge in seeking a scientific solution for strange test results. Back home, it’s dealt with a bit coyly. The ‘p’ word is never used, and we simply see Sue wearing bigger, shape-hiding dresses. Still, it’s hard to think of a rival title that would have taken this on.

A two-part story focusses on Reed Richard’s ongoing mission to change the Thing back to human Ben Grimm. It never goes quite as planned, but here there seems to be some resolution. There’s also a typically contrived crossover, with an issue of Daredevil (not reprinted) that also ropes in Thor and Spider-Man. In the final story the team recruit a replacement for Sue.

By this time Kirby was plotting the stories and Lee simply finalising the text for the drawn pages. It’s often cheekily ironic, talking directly to the reader. For example on page 123 the caption reads: “Exactly two seconds later…*”, and a footnote caption adds: “* Not that it would really matter even if it were three seconds later! —Stan”.

A fascinating addition to this volume is some of Jack Kirby’s pencilled pages, which show Kirby’s notes to Lee for the script. These pages also show how inker Joe Sinnott has sympathetically softened some of Kirby’s pencils, particularly the chiselled faces. As with the preceding volumes, Sinnott renders what remains among Kirby’s best and most polished artwork. Don’t scrutinise the stories too hard, and you can enjoy some of the best of 1960s Marvel.

These stories are also available in Essential Fantastic Four volume 4, and Omnibus 3.