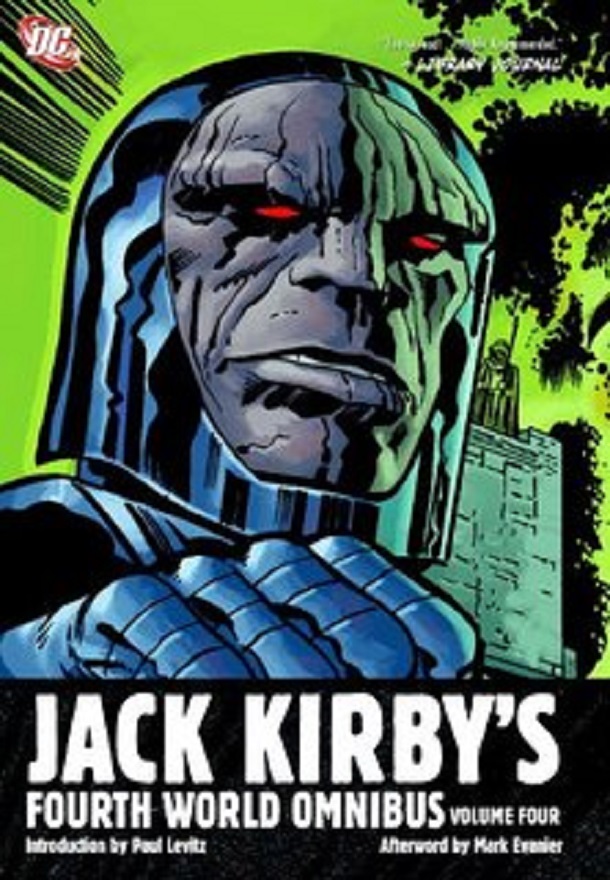 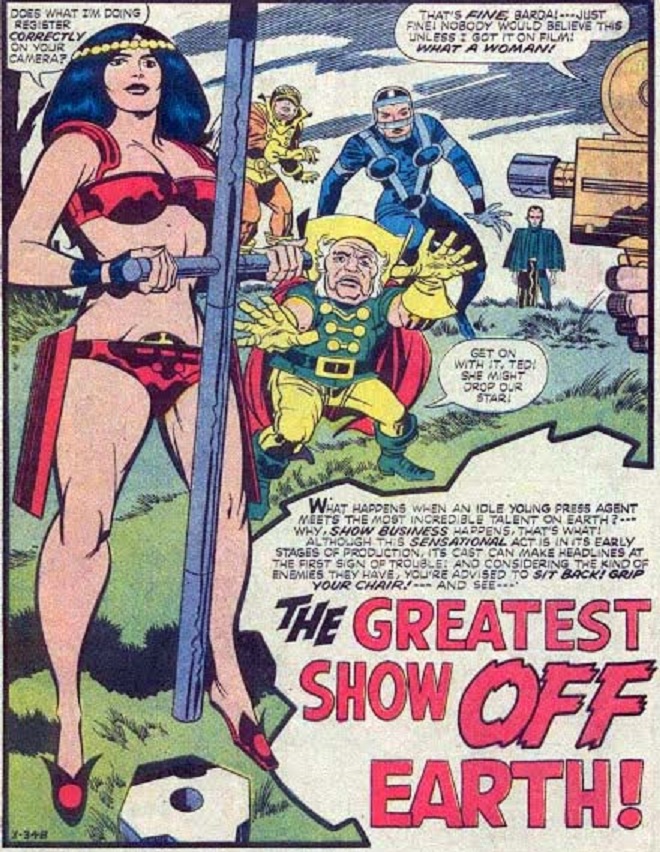 As Kirby’s Fourth World stint was nearing its end at DC, the Wagnerian magic of his efforts was beginning to fade slightly. It could be argued, however, that the best of the stories in volume three were a difficult act for anyone to follow. Villains such as Devilance the Pursuer, Professor Egg and Madame Evil Eyes were certainly worthy inclusions in Kirby’s stable of rogues, but the level of dramatic storytelling that exemplified the earlier tales was growing somewhat more elusive.

Not that Kirby was completely out to pasture. In this volume is the return of Doctor Bedlam in a nicely paced Mister Miracle story ‘The Greatest Show OFF Earth’. Another Mister Miracle story, ‘Mystivac’, pits the hero against a cleverly Kirbyesque computerized menace. The volume also features perhaps Kirby’s best realised black character in the form of Shilo Norman: a youngster who Scott Free takes under his wing in training.

The Forever People are given something of a send-off with ‘Devilance the Pursuer’, a well-managed chase story involving the title character (a sort of relentless living seeker). This would form the last appearance of the characters under Kirby’s aegis and, like so much of his other Fourth World work, it would be up to lesser hands to try and match his efforts.

The volume finishes with Kirby’s personal version of Gotterdammerung. First there’s ‘Even Gods Must Die’, a story that turns the character of Orion loose upon the world of Apolokips. This is followed by The Hunger Dogs, the graphic novel Kirby produced for DC in 1985 to tie up the loose ends of his prematurely cancelled titles. Kirby poured the entire body of his vision into what was meant to be the coda for the Fourth World saga, but it didn’t quite ring with the same tone of fine crystal as his earlier efforts. The story has its admirers, but in some places it almost reads as if someone other than Kirby was writing. Darkseid is depicted here as actually possessing doubts; and nothing ruins a totally and relentlessly villainous character quicker than when he starts to demonstrate feelings against his usual grain.

If The Hunger Dogs didn’t succeed… if the saga has struggled on throughout the DC Universe long after Kirby’s death… then it was only the final page in an overall body of work which still managed to leave the reader breathless. The Fourth World was, perhaps, much too large to be contained within the limits of comics, but the attempt Kirby made enriched the genre for all concerned, raising the bar to a level which few others have had the talent to truly build upon.