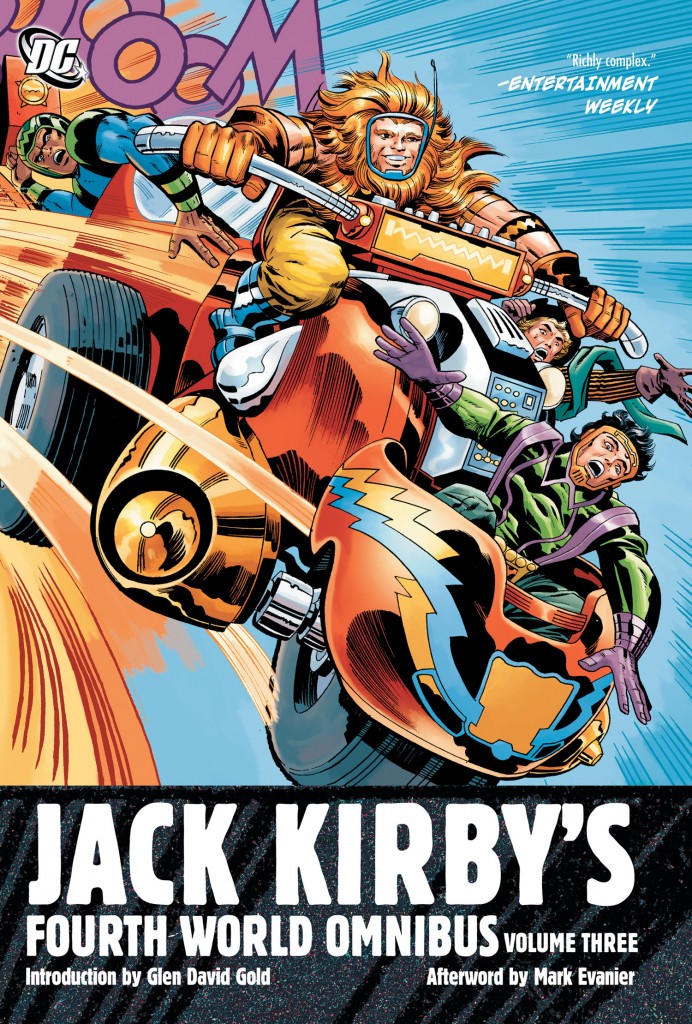 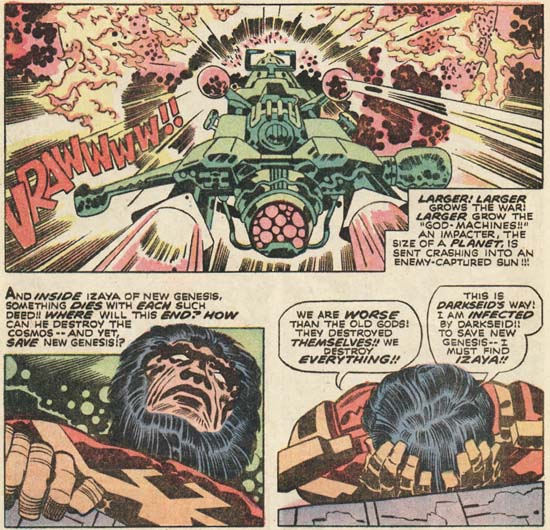 A good deal of Jack Kirby’s finest work can be found in this third chronologically presented collection of his DC material from 1970-1973. Here we find ‘The Pact’: the New Gods story that serves as the origin for the Fourth World. Kirby pulls out all the stops here. Planets and suns are used as weapons… entire star systems are annihilated… and near extinction brings two polar opposites in leadership to attempt a solution which will result in repercussions that are still echoing throughout the DC Universe.

As if that wasn’t enough, the volume also features ‘Himon’, the story providing the origin for the character who would soon become Mister Miracle. As with ‘The Pact’, Kirby’s artwork can overwhelm, but his writing was fully in synch with his vision, raising graphic storytelling to the level of grand opera. Both stories are essential to the Kirby connoisseur, and their presentation in this lavish oversize format does them justice.

Also here is the New Gods story ‘The Death Wish of Terrible Turpin’. It’s something of a flashback for Kirby as he created Lieutenant Inspector Dan Turpin as a member of the Boy Commandos in the 1940s, and here he upgrades him to an adult. Turpin suffers a little from the two-dimensional extremes with which Kirby embodies his second and third-string characters, but that approach works here as the situation Turpin thrusts himself into is nothing short of Homeric. There’s no need for brooding depth or introspection as all the characters in the story are elemental forces of nature, rather than human beings, and Turpin neatly fits in.

The Forever People enjoy some of their better stories in this volume. Deadman makes an appearance in ‘The Scavengers’, providing an interesting team-up, and in ‘The Power’, the team encounters Billion Dollar Bates. He’s one of the few humans who possess the Anti-Life Equation that Darkseid is desperately searching for. This, along with the inclusion of an eerily dressed pseudo-religious sect, makes for some rather moody artwork on Kirby’s part.

The Jimmy Olsen arc had been fading, but this volume provides a cherry on top in the form of an excellent two-part story featuring Olsen, the Newsboy Legion and Superman going up against Victor Volcanum: a wonderfully realized villain possessing the proper amount of Kirby’s grandiose style. Kirby’s dialogue walks firmly hand-in-hand with his visuals, and an excellent time is had by all.