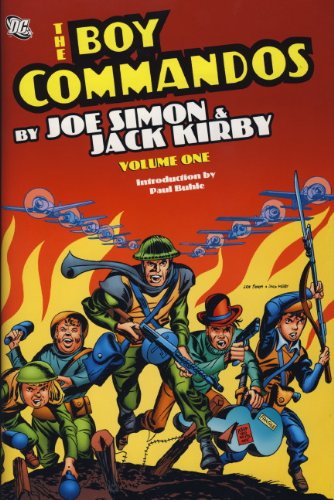 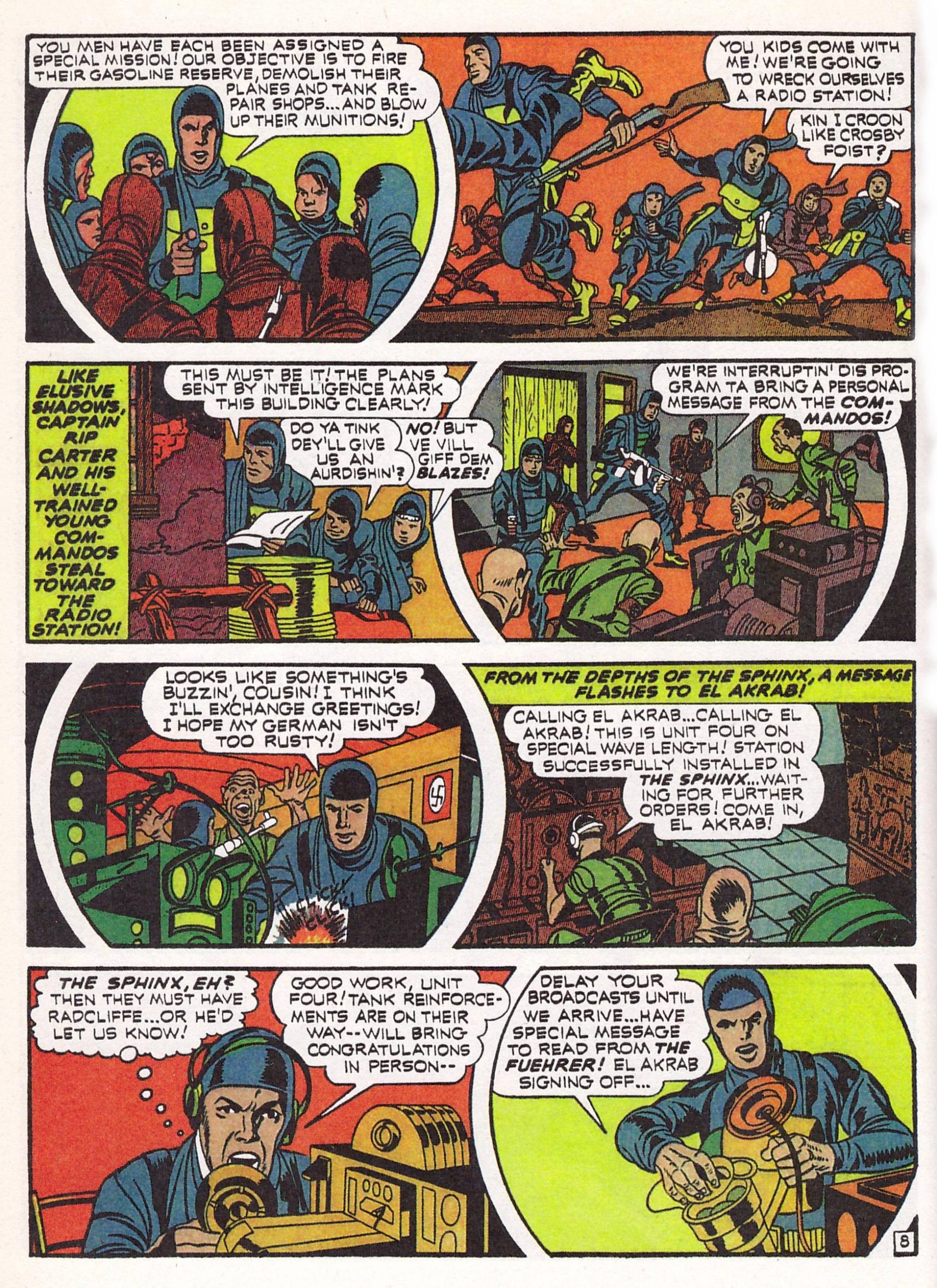 When the USA joined World War II, their comics ramped up the patriotism, a case in point being Joe Simon and Jack Kirby’s Boy Commandos.

Kirby is of course a comics legend. Now best known for his work with Stan Lee creating Marvel’s iconic characters, he’s previously collaborated with Joe Simon for fifteen years. By the time of Boy Commandos, they had already created Captain America – still a lucrative property 75 years later. Feeling not properly rewarded for the success of the latter they signed a better deal with what would become DC Comics. Initially a back-up feature to Batman in Detective Comics, the Commandos quickly expanded into their own title and were soon selling a million copies per issue.

Pierre, Jan, Alfie and Brooklyn, from – you guessed it – France, Holland, Britain and USA are the child mascots of a Commando outfit led by Captain ‘Rip’ Carter. As we work through the book they take a greater role in the action, although they’re not always the central characters.

Most readers will be buying this for the Kirby artwork, but the writing is better than you might expect. If anything the stories seem at first too elaborate for their typical fourteen pages – the second and third have framing devices in the 16th and 31st Centuries – but they soon settle down.

As the book progresses, it emerges as a credible attempt to raise awareness of the realities of a world war which, for Americans, had only just begun. The stories are international, taking place in Holland, Russia, China, Burma, and more. The story of the siege of Krovka is a good example: it examines the different roles in the conflict of members of a single Russian family, and remarkably for a comic from the time, the most heroic role is their pre-teen daughter. The baroque and sometimes harsh realism almost pre-empts Harvey Kurtzman’s acclaimed war titles for EC ten years later.

There’s a lot of vernacular speech written as pronounced. Pierre and Jan get to speak better English, than Alfy, who not only drops ‘h’s but also adds them where they don’t belong. However, let’s remember that British accents in American films and TV are rarely much better today.

Kirby was already an accomplished illustrator and visual storyteller. There’s a fine balance of caricature and realism in the faces, and his compositions are excellent. He squeezes an amazing amount of information and action into each panel. Take the fourth panel of eight on page 44: there are four commandos at different stages of running into the control room and four Germans with different shocked reactions. Figures are lithe and wiry: welterweights, compared to his later heavyweights. The closest comparison is the fluid energy of Bernie Krigstein‘s work in the 1950s.

The early pages have mostly eight panels a page and are almost panoramic in the amount of background, props and action they contain, although they’d benefit from being seen larger. The later six panel pages are more zoomed and cropped into the action.

For a fifty dollar hardback the production is poor. It looks murky, and the colour balance is wildly wrong for about half the book. There are pages on the internet scanned from the comics that look much better.

Boy Commandos is some accomplished early work by a major comics artist, and the stories are credible too. Despite the production, Kirby fans will be glad to have this hard to find material properly collected for the first time. Those new to Kirby might want to start elsewhere: his 1960s Marvel classics in better, cheaper editions. Volume two follows. 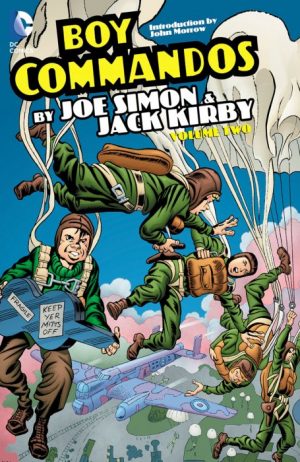