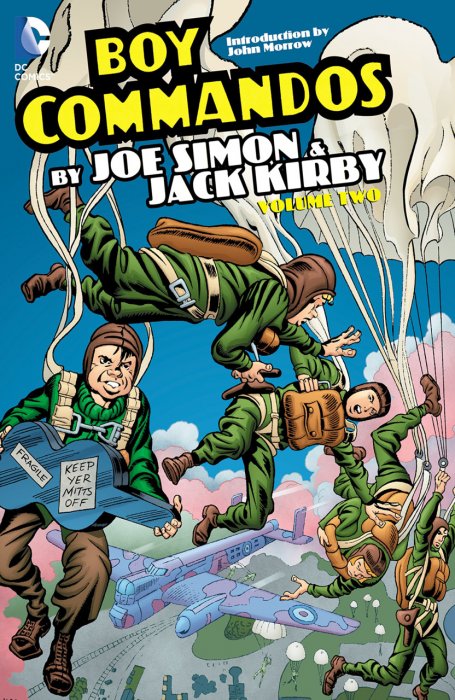 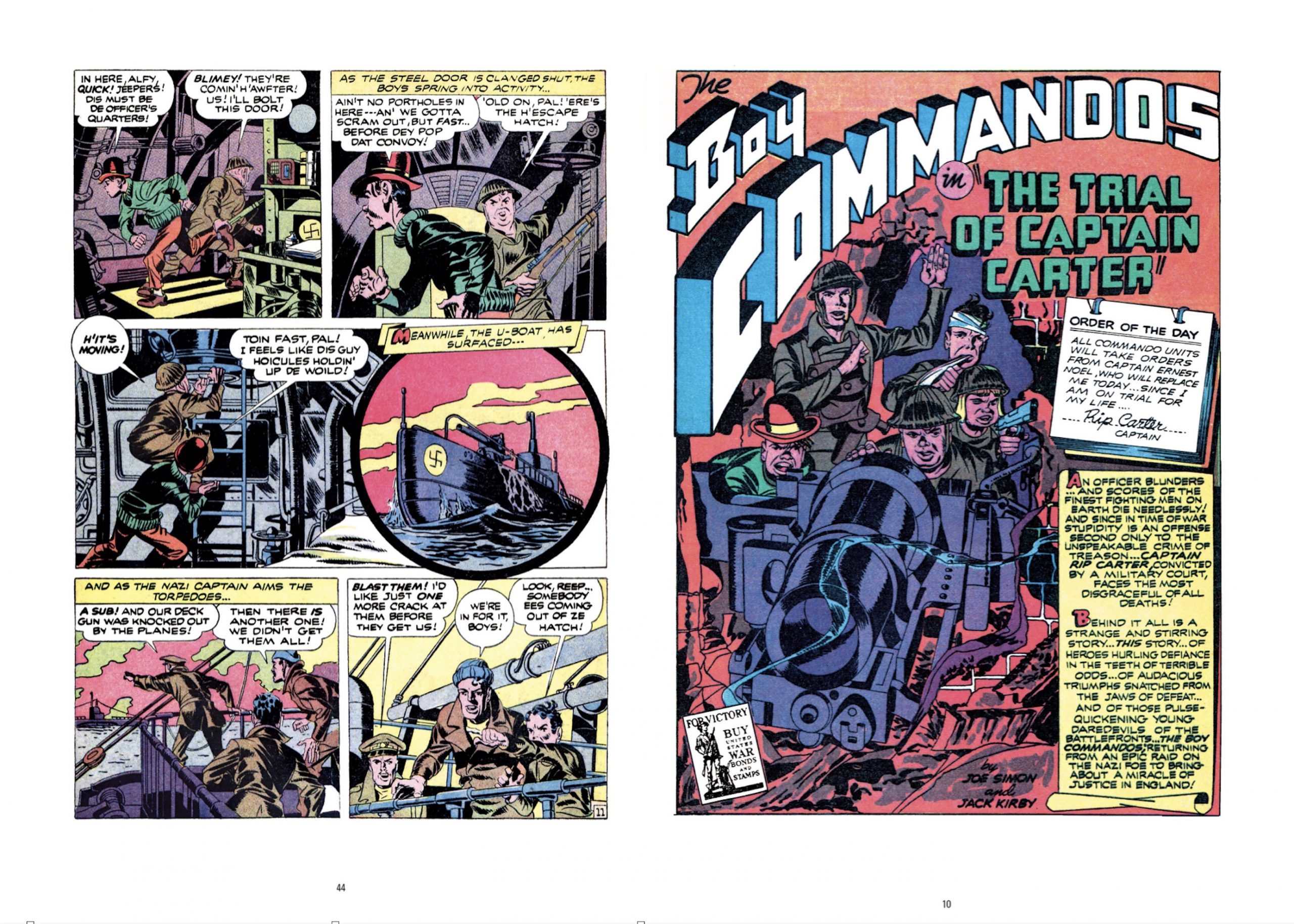 When the USA joined World War II, their comics followed. Joe Simon and Jack Kirby saw the narrative potential of Britain’s new Commando units enabling a team to carry out raids across the theatres of war. Reflecting the real-life units’ inclusion of personnel from occupied and allied countries, Simon and Kirby gave us Pierre, Jan, Alfie and Brooklyn, from – you guessed it – France, Netherlands, Britain and USA. Initially company mascots (trading on the popularity of kid sidekicks), by this second volume the four boys are the core of the unit, with their adult comrades fading into the background. The Boy Commandos, quickly became one of the best-selling titles of its day.

Seventy-odd years later, though, is there still demand? There won’t be many children wanting to spend $50 on this piece of history, and on 2015 publication neither could there have been many original readers clamouring for reprints. For most potential buyers the draw will be Kirby, though even the introduction (by John Morrow, editor of The Jack Kirby Collector) acknowledges the perceived lesser appeal of Kirby’s war material.

Simon and Kirby collaborated on both story and art, but however you slice the credits, the art is up to their high standard. As the subject demands, though, they emphasise restraint and realism, creating a you-are-there-on-the-front-line effect more vivid than any newsreel. The military paraphernalia of fighter planes, U-Boats, and landing craft are convincingly portrayed – no easy task in those pre-image search days. Those expecting the mythic, monumental, quality of Kirby’s 1960s peak may be disappointed, but the storytelling is flawless, and the small panels packed with dynamic figures acting and reacting. Shot from the printed comics, adjusting the colour balance to compensate for yellowed newsprint has distorted the remaining colours, though the quirky results are still much improved on volume 1.

The stories hold up surprisingly well. Written as thrilling adventures, they nonetheless form a kaleidoscopic picture of a World War, as it happened. A number of recurring features can be found in ‘Message to Murmansk’ (pictured, left). The setting in Arctic Russia highlights the series’ impressively global perspective. The mission is to attack a hidden U-Boat base and so enable a ‘mercy convoy’ of medical supplies to reach the port and its military hospital. It’s not just action and hardware, as we’re seeing the tactical, logistical, and international co-operation aspects of the war, as well as the personal cost (hospitalised Russians), and broader humanitarian implications. The action is fronted by Brooklyn and Alfie, on a potential suicide mission to infiltrate a manned U-Boat, and hack the wiring to blow it up with its own torpedoes. The derring-do can require some suspension of disbelief, but it’s suitably gripping here, as their  comrades look across at the explosion, wondering if the two boys are dead. These brisk twelve-pagers deftly balance insight into the war, with thrills, and human drama.

Other stories range from the comedic, through the historic (commando forerunners in ‘The Siege of Troy’), to a multi-perspective narrative, with each boy telling their part of a story in court (pictured, right). Still more ambitious is a pioneering “full length picture novel” ‘The Invasion of Europe’. The final stories, though, featuring Satan, a mischievous chimp, and a bomber completing its mission without crew, drift to the frivolous, perhaps due to the studio upping output in anticipation of the two creative maestros being enlisted.

The Boy Commandos has mostly aged well, providing a kaleidoscopic and vividly realised account of WWII as it happened. Kirby fans will want this, though for an introduction to his work, the 1960s Marvel collections are a better buy. 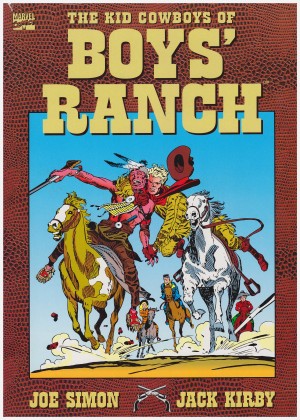