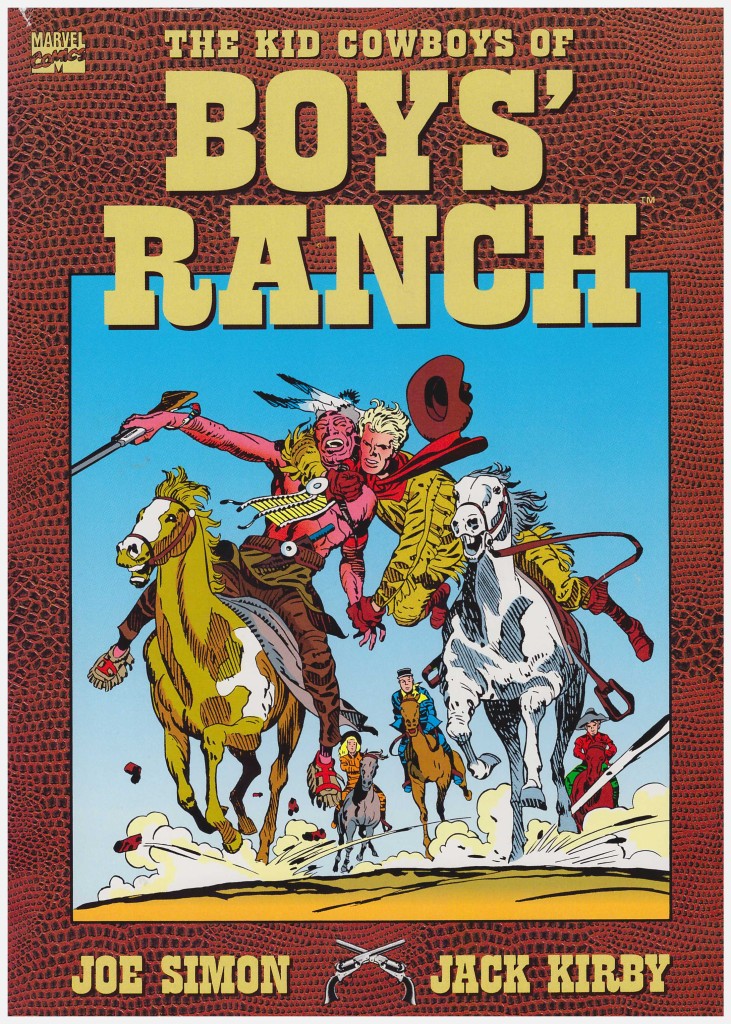 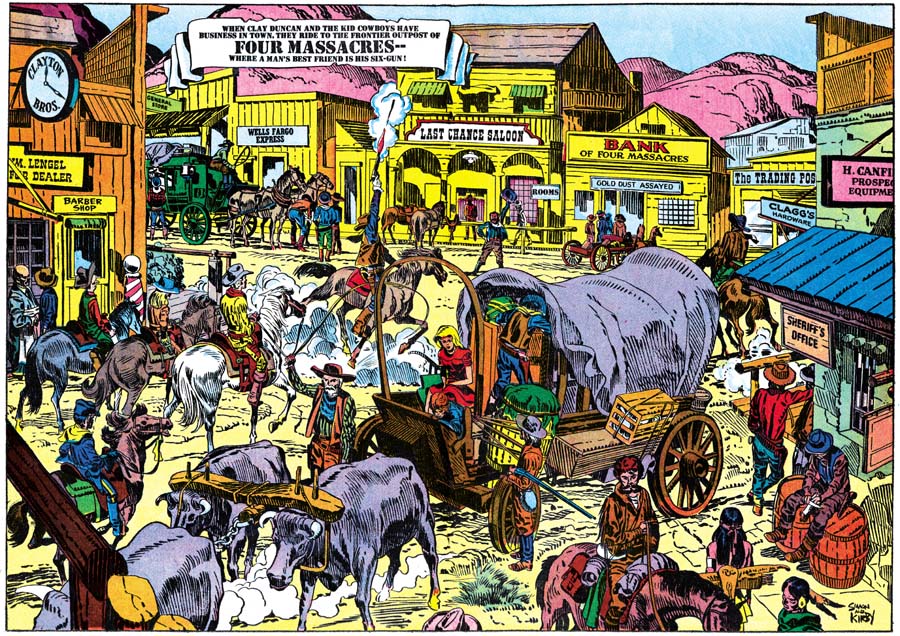 The kid gang was one of several genres the always innovative team of Joe Simon and Jack Kirby introduced to comics in the 1940s. Their most successful example was their first, Boy Commandos, who outlived the second world war they were introduced in by four years, but their most fondly remembered work in the genre was during its dying days during the early 1950s.

The other kid gang comics Kirby had been involved with each had strong ties with the New York tenements in which he grew up, but Boys’ Ranch was a more idealised setting, back in the past and with the wide open country of the American Mid-West as a playground. The theme was probably taken from the 1946 film of the same title, but the content was pure Simon and Kirby.

Simon and Kirby ensured their cast was distinctive, deliberately designed to present the widest possible contrast. Clay Duncan is the upright cowboy familiar to every 1950s kid, and the opening story details how he and his young charges inherit a ranch. Its purpose is as a home for orphaned boys, but few others ever show up. Dandy is upstanding and patriotic to the point of wearing a union army uniform several years after the American Civil War. Wabash is a hillbilly whose rifle surely has the world’s longest barrel, and Angel belies both his name and looks. He’s the most complex character, a surly and aggressive child with long blond hair, and the book’s best story, and Kirby’s favourite of the run, ‘Mother Delilah’ sees his desires and insecurities exploited in heart-rending fashion.

Attitudes towards women are patronising at best, and those toward Native Americans vacillate according to story content, but by other standards these stories haven’t dated anywhere near as badly as might be assumed. There’s a strong human core, they’re funny, and well plotted, and Kirby’s art has a cartoon exaggeration that mixes well with his eye for a page layout. He deliberately crowds his town and action panels to contrast the relative serenity of life on the ranch, and supplies a couple of great landscape splash pages.

Simon and Kirby also packed their comics with background information features, and these are also presented, most drawn by the slightly stiffer Mort Meskin. Want to learn how to make a pair of moccasins, tell the time without a watch, or how to mount a horse correctly? It’s all here along with some spectacular portrayals of Western vibrancy, these Kirby at his best. The art quality diminishes slightly past the halfway point as Kirby contributes far less. The later pages have been attributed to Meskin and Marvin Stein, who lack Kirby’s lightness of touch.

The stories, though, remain Kirby’s work, and are all spirited Westerns. The surprises come not from identifying the villains, but the inventive manner in which they’re brought to justice, and how some folk come to see the error of their ways. Yes, there’s an old fashioned black and white morality, but isn’t that the case for any pre-1960s Western?

For the major Simon and Kirby fan this nicely produced hardcover is still available at reasonable prices, and anyone wanting just a sample of their 1950s collaborations couldn’t do better.