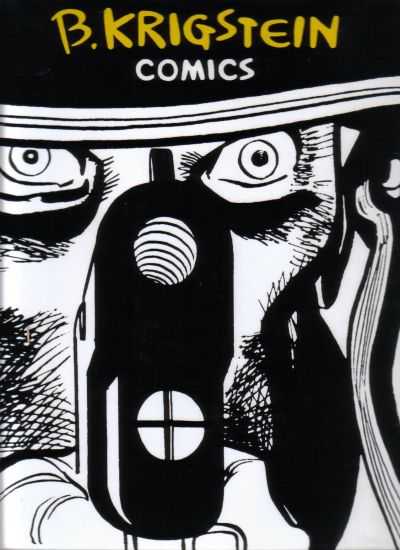 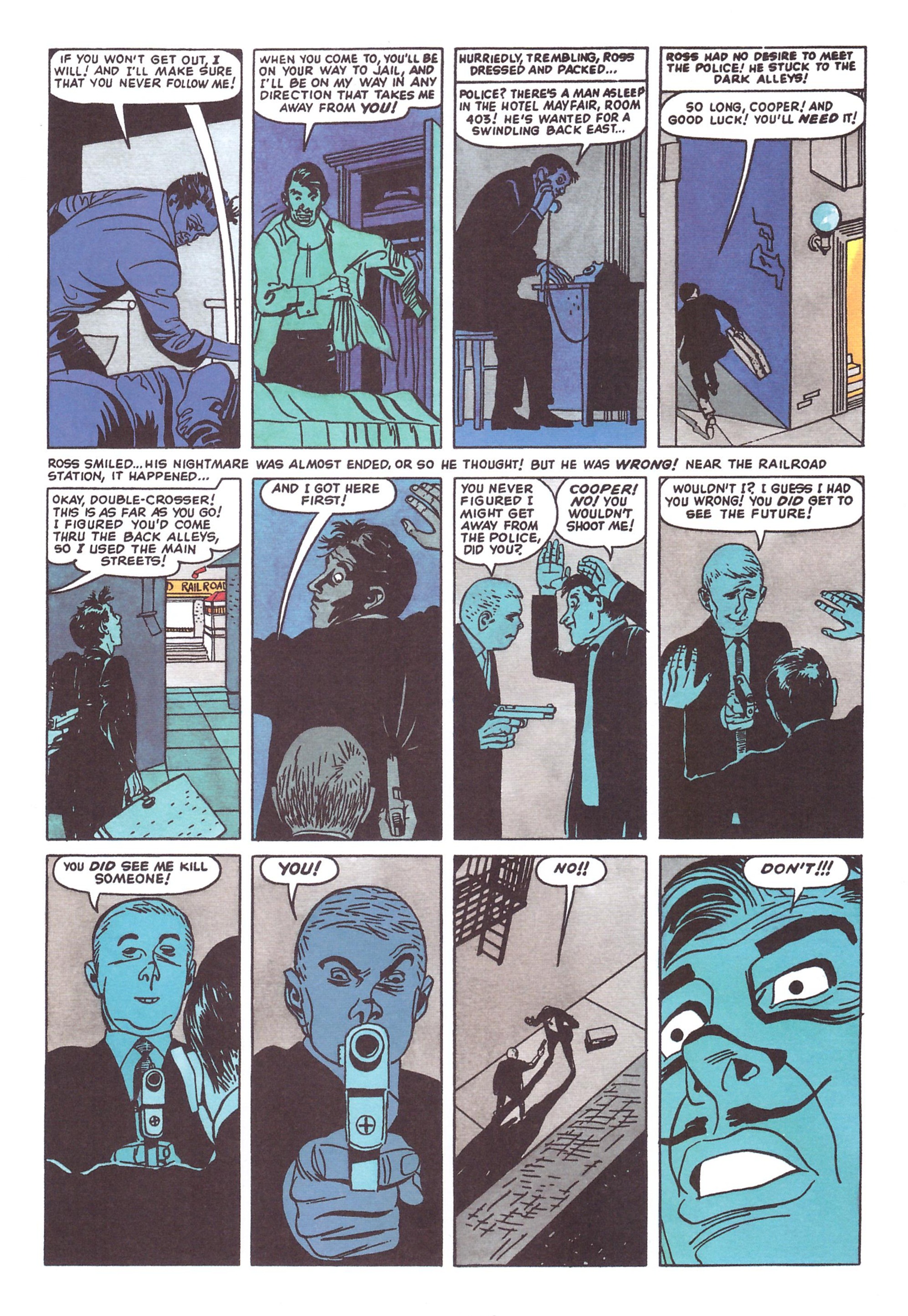 Bernard Krigstein was one of the greatest stylists comics have seen, a man rarely satisfied with his output and among the earliest to apply fine art techniques to comic pages. He worked primarily in the 1950s, yet in all the decades since with all the advanced opportunities there are very few comic artists who’ve matched his stylistic ambition.

Before curating this volume, editor Greg Sadowski had already written what will surely remain the definitive biography of Krigstein, a copiously illustrated 250 page work that not only presented what can be known about a private man, but concluded with several of his best stories for EC Comics. This included ‘Master Race’, the single story that encapsulated his ideals and approach in stunning fashion.

At EC Krigstein briefly developed wings, employed by people who understood artistic instinct and the value of creative freedom, but even in that supportive atmosphere he felt confined. He produced 44 EC stories, yet only eight appear here, and there’s barely any of Krigstein’s late 1950s work for the company that would become Marvel, presumably due to permission not being granted. Here his formalised experimentation often transformed the mediocre into something of wonder. This is displayed in the one example present, ‘The Last Look’, a rhythmic pulse-beater accentuated by Krigstein delivering most of the conclusion as a series of slim panels from a fixed viewpoint.

It’s apparent that avoiding concentration on what’s Krigstein’s best-known material is helpful in consideration of his true talent. The earliest strip on offer here dates from 1948, when Krigstein was awed by the work of Joe Simon and Jack Kirby, and the remainder progresses to 1957.

Two stepping stones transformed Krigstein from good to inspirational. First he saw Alex Raymond’s refined newspaper strip work, and then he demanded to ink his own pencils. By 1950 there’s an enormous difference, a delicacy and a distinctive approach modified according to genre. He took Raymond on board, but didn’t imitate, and rose to the occasion when handed a halfway decent script. The psychological melodramas of crime appealed, and an early gem, unusually well written, is ‘Now I can Die Easy’, in which a group of gangsters are saddled with a baby.

With the original art long gone, much of the early 1950s work has been restored from comics or copies in Krigstein’s files. These have been re-coloured far more sympathetically by Marie Severin, to better display the virtuosity of the pages. For all that, there’s plenty of muddy reproduction here, and the one story coloured by Sadowski and a colleague is very poorly treated.

The wonder is almost exclusively visual, with only a smattering of the writing passing muster. In notes accompanying this material Sadowski presumes ‘Monster of the Seas’ a favourite of Krigstein’s on the basis of filed copies. It stretches credulity that this erudite and passionate artist could be inspired by the palpable nonsense of a pirate and his gorilla sidekick. His art’s good, but could he not have filed copies as he considered it utterly ridiculous?

Despite the material he was provided to draw, Krigstein came to believe, uniquely at the time, that comics could be serious art, and withstood the scorn of his contemporaries attempting to prove this. His layouts and breakdowns were ambitious before he worked for EC, and flourished while there. The EC material dips into darker depths, rendering most still readable, and one can only speculate on his progression had the market been ready for his talent.

A re-mastered edition titled Messages in a Bottle was published in 2013, retaining the better stories, and adding substantially to the content.